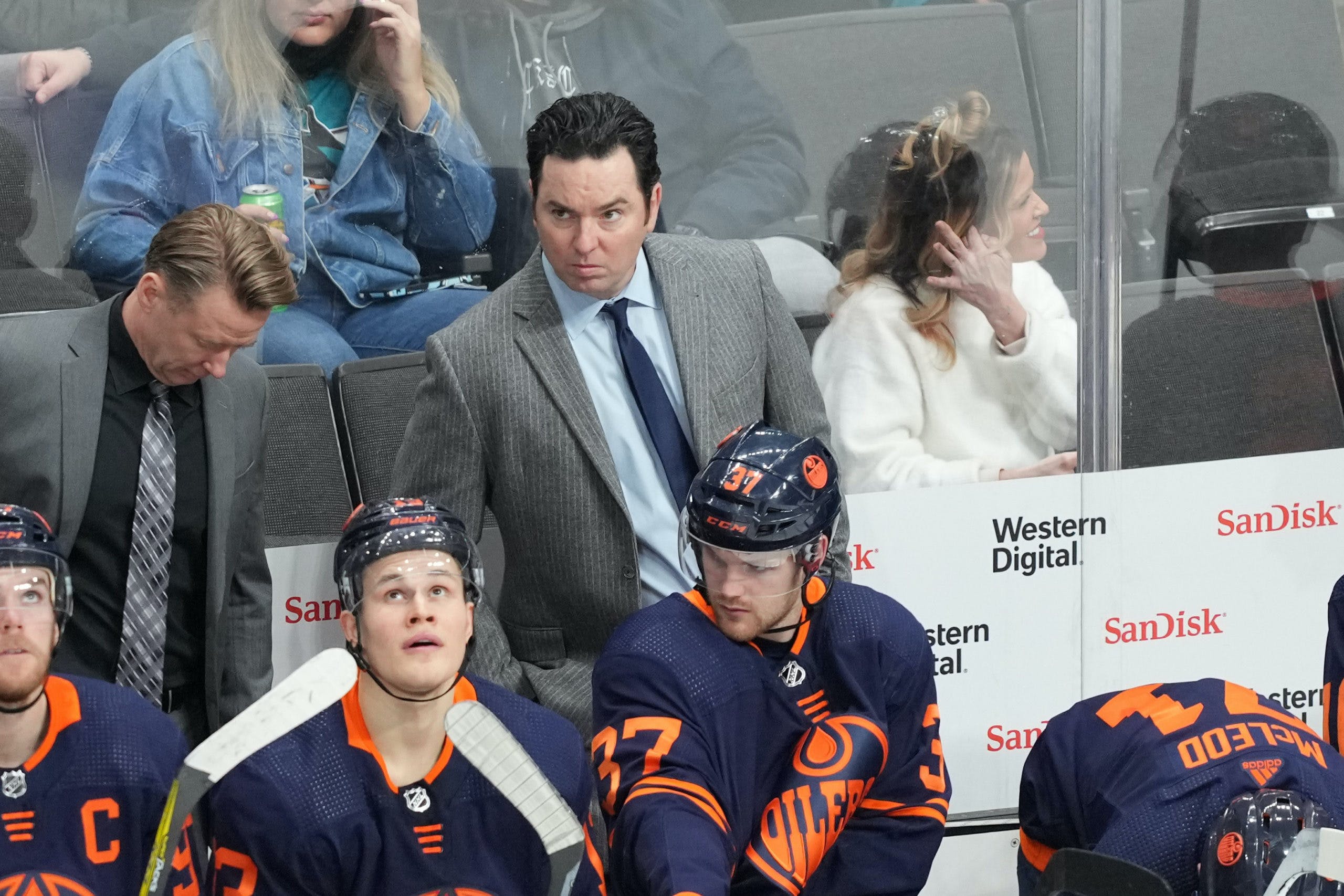 By Zach Laing
8 months ago
Jay Woodcroft is a trailblazer.
With game one tonight against the LA Kings, the Edmonton Oilers bench boss becomes the first-ever video coach to be a head coach in a playoff game.
Woodcroft, 45, broke into the NHL as a video coach with the Detroit Red Wings in 2005-06 — a role he held for three seasons. There he won the Stanley Cup with the Red Wings in 2007-08.
From here, he spent seven years with the San Jose Sharks as an assistant coach, before joining the Oilers in the same role in 2015. He spent two years with the Oilers before taking over the Bakersfield Condors as a head coach for three and a half seasons.
This year, he was promoted to the interim head coach of the Edmonton Oilers on Feb. 10 after the club dismissed Todd McLellan.
Woodcroft has transformed the Oilers under his watch and has truly turned the season around for the Oilers. He’s coached the Oilers to a 26-9-3 record under his watch with a .724 points percentage that ranks third in the league over that time.
Edmonton’s a much deeper team with him behind the bench, largely because of his ability to get the most out of every player.
Zach Laing is the Nation Network’s news director and senior columnist. He can be followed on Twitter at @zjlaing, or reached by email at zach@oilersnation.com.
News
Quick Hits
Recent articles from Zach Laing