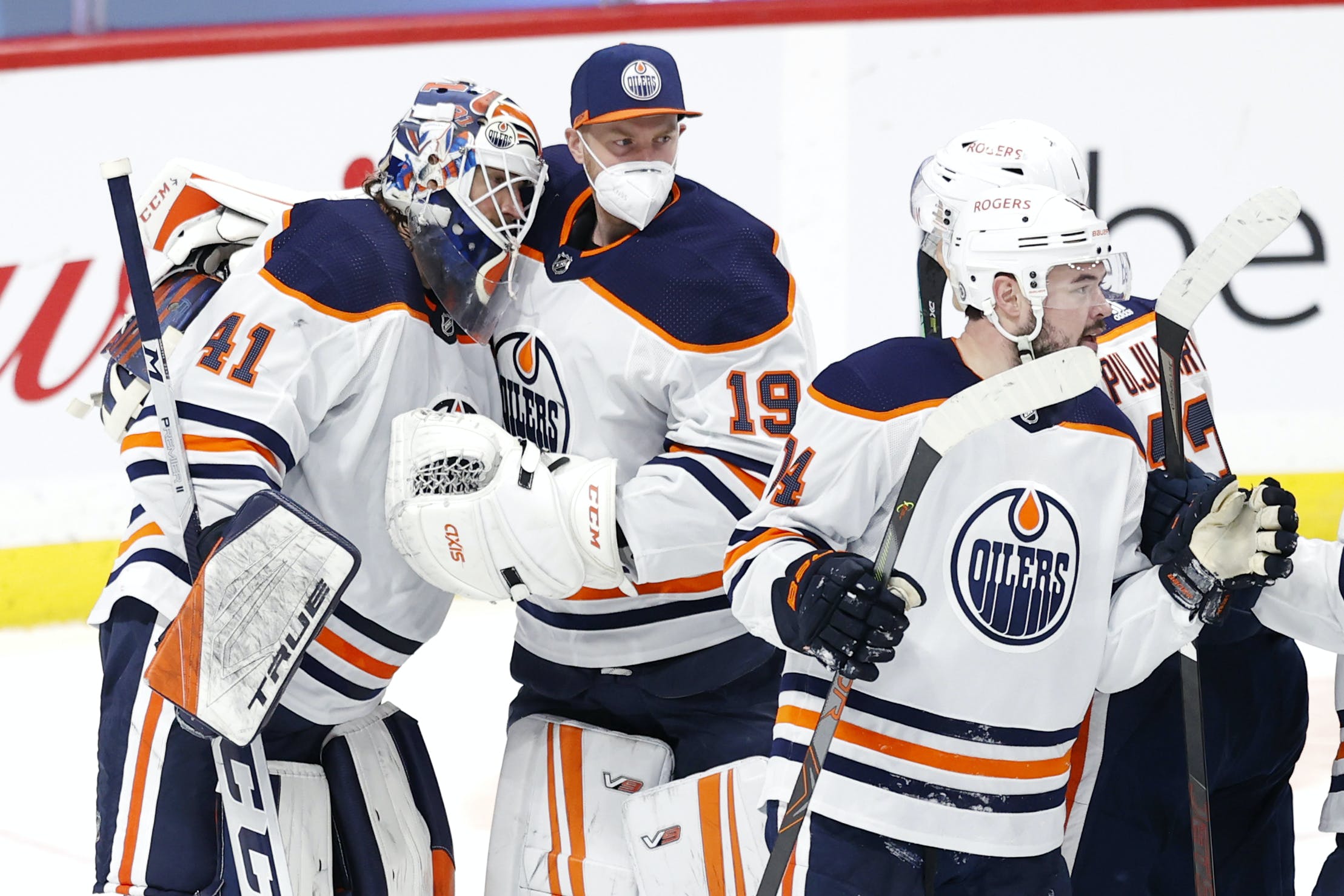 By Zach Laing
8 months ago
He just won’t yet say it.
During an availability Tuesday, Oilers head coach Jay Woodcroft wasn’t giving up much in the way of whether Mike Smith, or Mikko Koskinen would get the start.
The Oilers platooned the pair for most of the season but gave the game one nod to Smith. Ultimately, he was the one largely at fault for the loss with a terrible giveaway with under five minutes to go in a game that was tied at 3.
Even with the blunder that Smith owned up to, it’s hard to imagine Woodcroft wouldn’t start him in game two. Smith had been red hot coming into the playoffs and truth be told, he probably still gives the Oilers the best chance at coming out on top on Wednesday night.
It won’t be all on him. The rest of the team needs to step up in big ways, too. Game one saw the Oilers have a fair amount of jitters to start the game but settled into the game in the second. The third was largely dominated by the Kings last night, so Edmonton needs to find a way to take a deep breath.
They know the system to play. They know where to be on the ice. They know their roles.
But truth be told, those jitters put the Oilers in an uncomfortable spot where all of a sudden we saw major breakdowns time and time again last night that hadn’t happened for some time under Woodcroft.
In the 2017 playoffs, the Oilers played the San Jose Sharks in game one and faced a similar fate falling flat on home ice. Edmonton came back to win that series in six games, so the spot the Oilers are in isn’t unprecedented by any sense of the term.
A strong start and sturdy structure is what they’ll need in game two tomorrow.
Zach Laing is the Nation Network’s news director and senior columnist. He can be followed on Twitter at @zjlaing, or reached by email at zach@oilersnation.com.
Nation Takes
News
Oilers Talk
Recent articles from Zach Laing