Jay Woodcroft named most handsome coach in the NHL 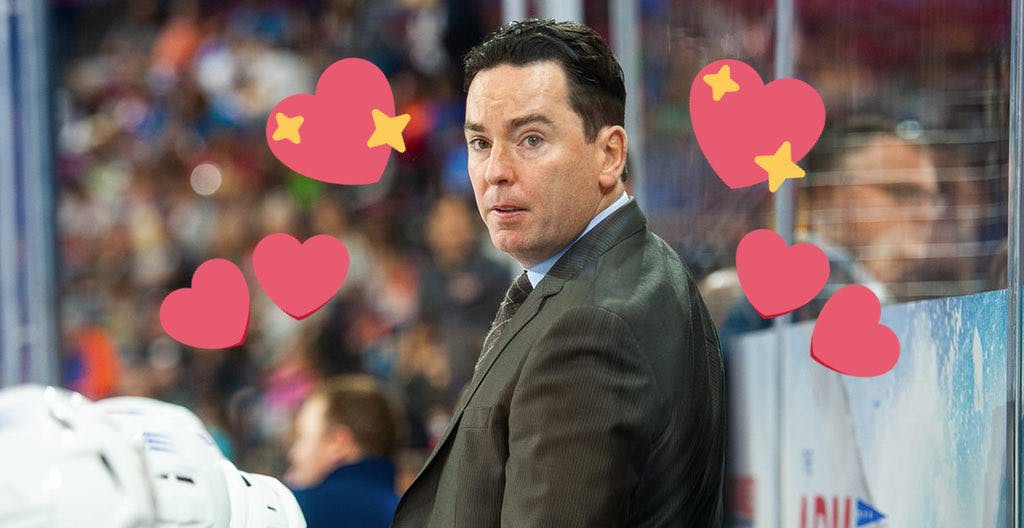 By baggedmilk
3 months ago
If you haven’t been on Twitter today then you may have missed out on the news that Edmonton Oilers head coach, Jay Woodcroft, has been named the most handsome NHL coach for the 2022-23 season. What the hell am I talking about? Let me explain. 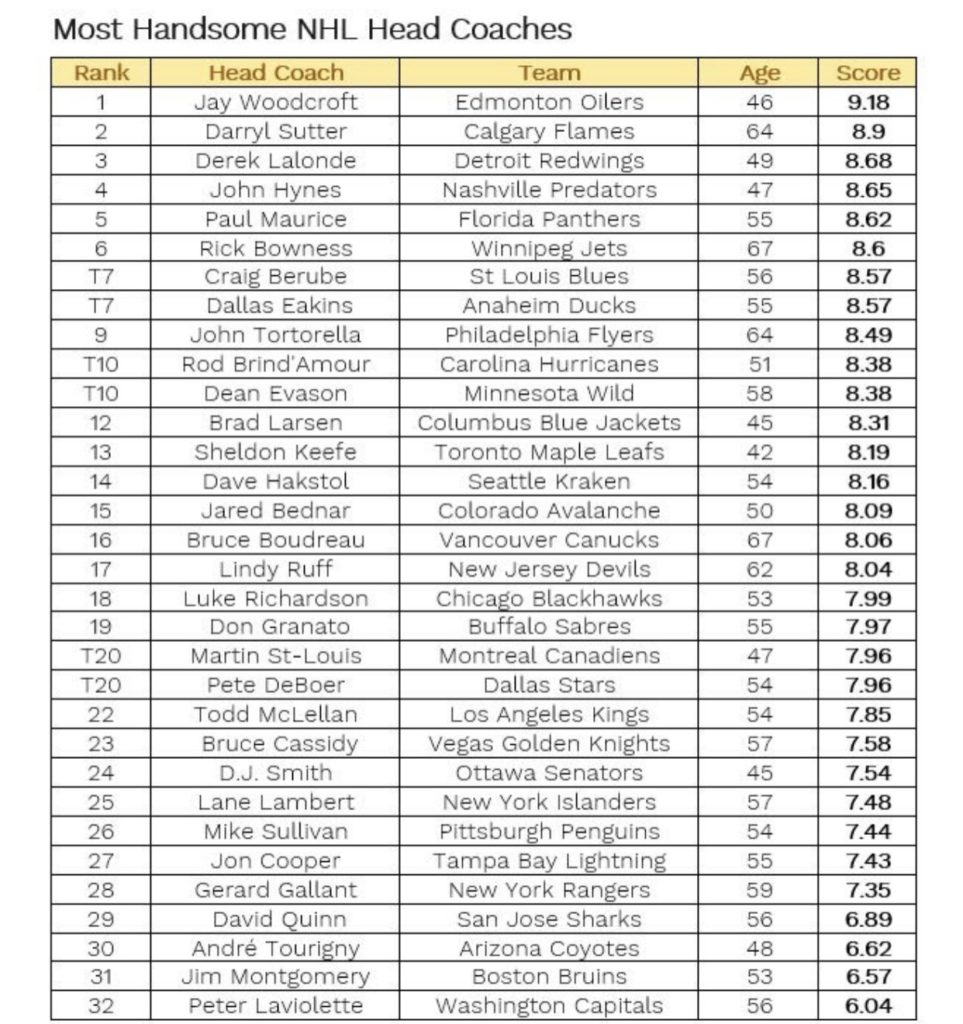 According to the report released by gambling.com, Woodcroft slid into the top spot for most handsome NHL coach after receiving a score of 9.18 out of 10 according to the results provided by a beauty measuring app called Golden Ratio Face. According to the beauty-symmetry algorithm on the app, Woodcroft’s face has everything a robot could look for as his features lined up almost perfectly with the specifications listed within the program. Basically, what we’re learning is that Jay Woodcroft is not only a wizardly tactician but a stud standing there behind the bench, and I am absolutely thrilled to be announcing these results on the website. Not only do I think Woodcroft deserves the Handsome Hunk Award but I can also see this being the first step to a lucrative Calvin Klein undies campaign when his coaching career is over.
Now, despite my personal belief that Woody is the most handsome coach of them all, one might argue that having Daryl Sutter listed as the second most beautiful coach in the NHL could mean the app’s data is not quite correct, but I’m not here to robot kink shame and say that the numbers are wrong. In the words of Ricky Bobby, if you’re not first you’re last and that’s how I feel about this. All I know for sure is that our young, hip hottie of a coach is right where he belongs atop the mountain of handsomeness, and you will never convince me that the power poses don’t have something to do with it. And had they been able to measure his BDE then Woodcroft would have probably broken the app. As for the other NHL coaches, Washington Capitals head coach Peter Laviolette scored the lowest with a 6.04, trailing Jim Montgomery of the Bruins by a 0.53 margin.
I’m not sure that this was the kind of news I expected to read today, but dammit do I feel good knowing that we have the most handsome coach in the league and that the whole thing was proven by science.*
*don’t quote me on that
Oilers Talk
Social Corner
Recent articles from baggedmilk