Johnny Gaudreau on the Battle of Alberta: “I thought we were chillin’ after the first game” 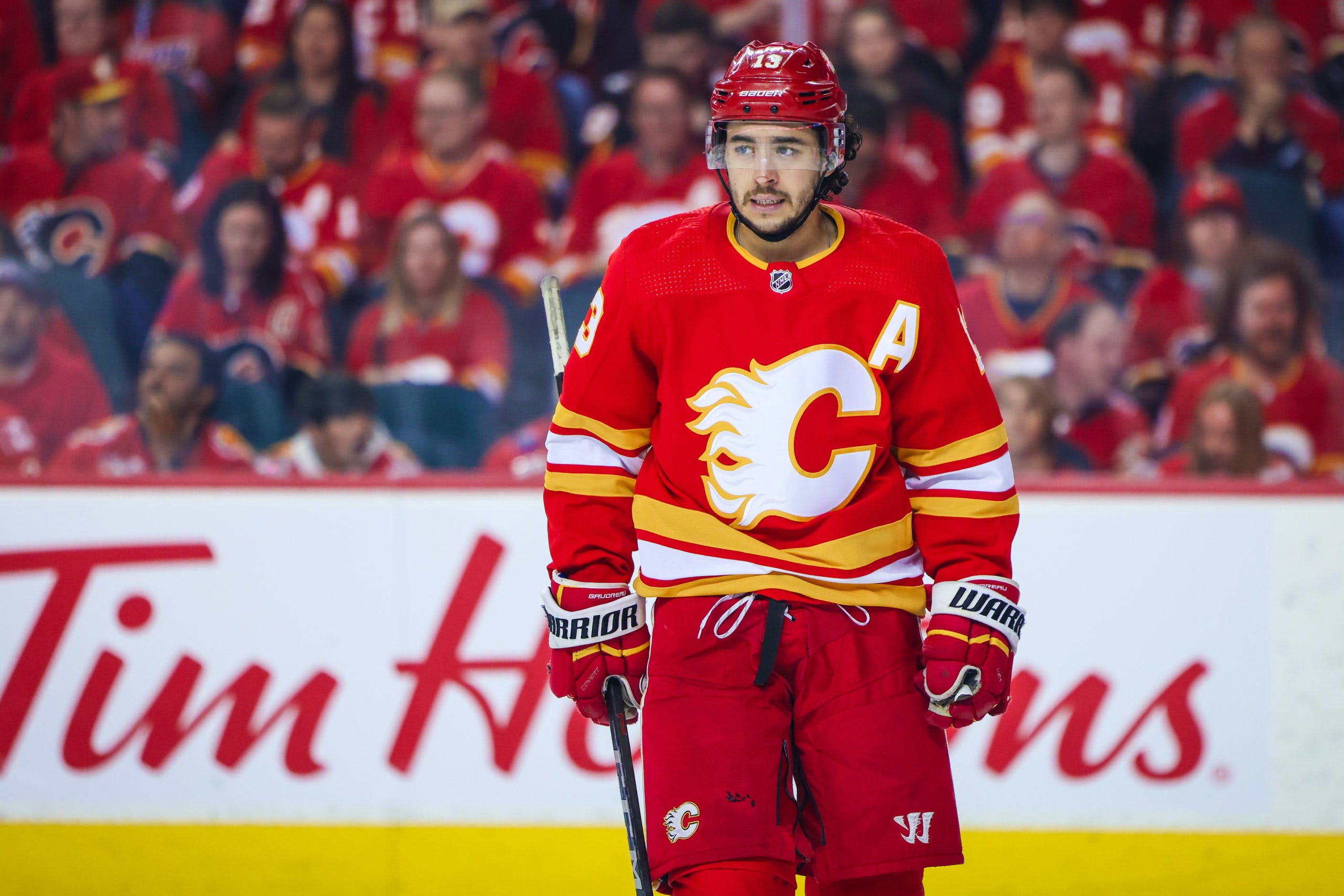 By Zach Laing
4 months ago
Takes that aged horribly for 1000, Alex.
Johnny Gaudreau and the Calgary Flames had a tough go in the playoffs this year. They met up with the Dallas Stars in the first round going in as heavy favorites. Jake Oettinger, however, had other plans.
He stood tall forcing the series into overtime of game seven.
In round two, the Flames squared up against the Edmonton Oilers in a playoff Battle of Alberta, and after game one, things were slanted in the Flames’ favour. After all, they won that game 9-6.
“I thought we were chillin’ after the first game, we scored like 14 goals,” Gaudreau said on the Spittin’ Chiclets podcast Tuesday. “I was like ‘ah, we should be fine here.’
“And then, the rest of the games, they’re scoring six, seven goals on us and I’m like ‘jeez, that isn’t good.'”
They were, in fact, not chillin’.
Edmonton roared back in a big fashion winning four straight games to eliminate the Flames. The Oilers took game two 5-3, game three 4-1, game four 5-3 and game five 5-4 in overtime.
Gaudreau has since left Calgary for Columbus, and it appears another Flame in Matthew Tkachuk could be out in short order, too.
Zach Laing is the Nation Network’s news director and senior columnist. He can be followed on Twitter at @zjlaing, or reached by email at zach@oilersnation.com.