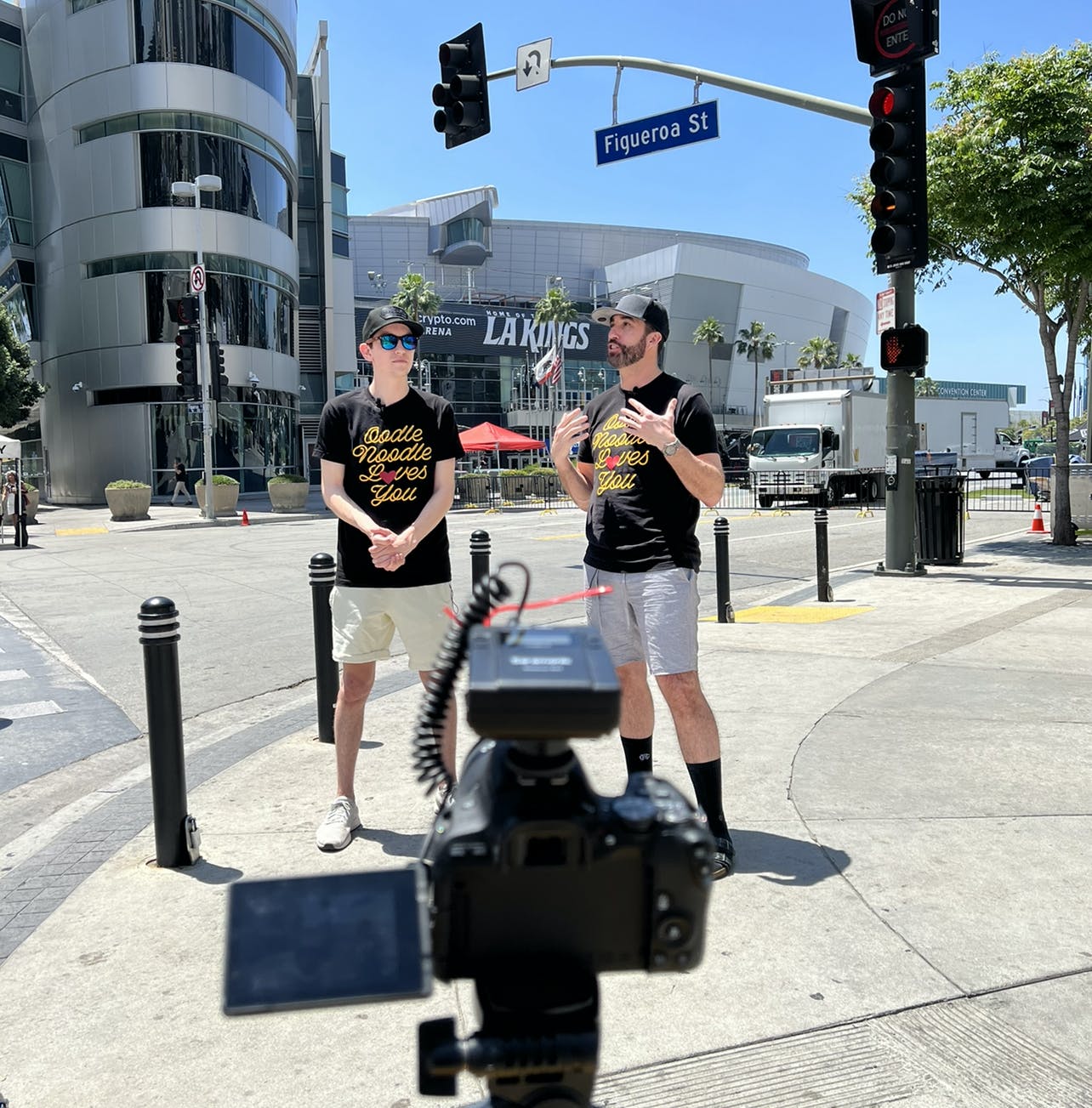 By baggedmilk
6 months ago
Yesterday, Jay, Tyler, and I flew down to LA with a group of Oilers fans to cheer on the boys and make some memories, so I figured I’m bringing you along on our journey over the next few days.
After knocking out some work in the morning and watching Tyler record The Daily Faceoff Show from our hotel room, we made our way over to LA Live to check out the scene and record a pre-game show before heading back to our hotel and knocking out an episode of Oilersnation Radio. From there, we made our way back to Tom’s Watch Bar for an impromptu pre-game party and it was so much fun to see Oilers fans cheering and chanting and causing a ruckus before the game even started. The dueling chants with Kings fans were great and the vibes were excellent. As expected, Oilers fans came through in droves and set the tone for what was a spectacular evening at Crypto.com Arena.
Once we got into the arena, there were Oilers fans everywhere and we did our best to try and interact or fist bump with as many of them as we possibly could before making our way to ice level to watch the pre-game skate. As we were watching the boys do their thing, I tried to soak up the scene as best as I could because it really felt like something special was about to happen. Seeing as I had never been to Crypto.com Arena before, I was having a good time checking out all of the Lakers banners and Kings stuff and doing my best to live in the moment.
So when Connor and Leon opened the scoring in the first few minutes of the game, every Oilers fan in there knew we were off to the races. What I didn’t expect, however, was that I’d take a full beer to the dome after a Kings fan chucked one at my head after the fifth Oilers goal. The bright side of taking a beer to the head was that everyone around me was super, super nice and wanted to make sure I was okay. As much as Kings fans were annoyed with us for cheering obnoxiously — that’s what you do when your team scores in an opposing barn — they were not cool with throwing beers at fans for cheering.
The good news about getting hit with the beer is that we actually had some really good conversations with the people around us about what we were doing there, what we’re getting up to in LA, and even offered up a few suggestions on places to go that are off the touristy trail. So what does that mean for today? I’m not sure, but I’m excited to get to a beach with the boys and chill out for a little bit before going to the Angels game tonight. Needless to say, we’re having a great time down here and I cannot wait to see what the Oilers can do for Game 4.
Nation Takes
Oilers Talk
Recent articles from baggedmilk