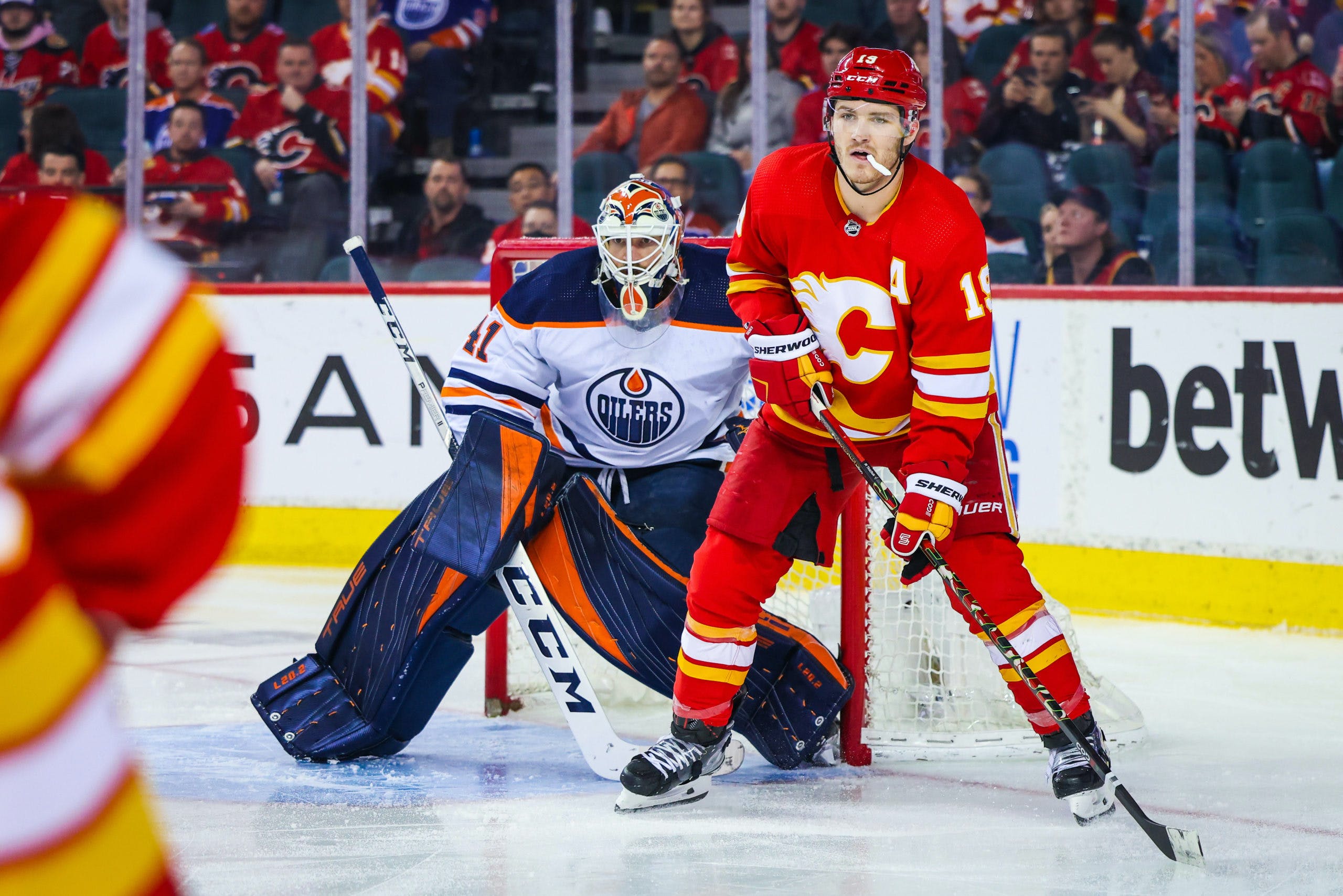 By Cam Lewis
6 months ago
It looks like Matthew Tkachuk has played his last game as a member of the Calgary Flames.
While the No. 6 overall pick from the 2016 NHL Draft hasn’t formally requested a trade out of Calgary, Tkachuk has reportedly informed the Flames that he won’t be signing a long-term deal with the club.
According to Hailey Salivan and Jeremy Rutherford of The Athletic, Tkachuk has also given the Flames a list of teams in which he’d sign a long-term contract upon being traded there. The teams are apparently the St. Louis Blues, who are Tkachuk’s hometown team, the Dallas Stars, the Florida Panthers, the Vegas Golden Knights, and the Nashville Predators.
Given what the Flames just went through with Johnny Gaudreau, there’s no way that they’re going to go into another season with the cloud of a star player approaching unrestricted free agency looming over the team. The most obvious path forward is a trade, but the challenge for Calgary is that teams who aren’t on that aforementioned list will be reluctant to give up much in return knowing that Tkachuk will likely be a one-year rental.
Tkachuk is coming off of a season in which he set a career-high in both goals with 42 and points with 104. He’s currently a restricted free agent and could command north of $9 million annually on his next contract.
It’ll be interesting to see where Tkachuk winds up getting traded and what the Flames manage to get in return. There are still enough teams on Tkachuk’s list that a bidding war could ensue for his services and he’s young enough at 24 years old that he can be a key player for a team for many years to come.
Once Tkachuk gets traded, he’ll become the seventh player selected in the top 10 of the 2016 draft who has been moved to a new team. Patrik Laine and Pierre-Luc Dubois were traded for each other, Olli Juolevi, Alex Nylander, and Tyson Jost were all moved in change-of-scenery deals, and Mikhail Sergachev was traded for Jonathan Drouin. Auston Matthews, Jesse Puljujarvi, and Clayton Keller are the three who are still with the teams who drafted them.