Got a Save There 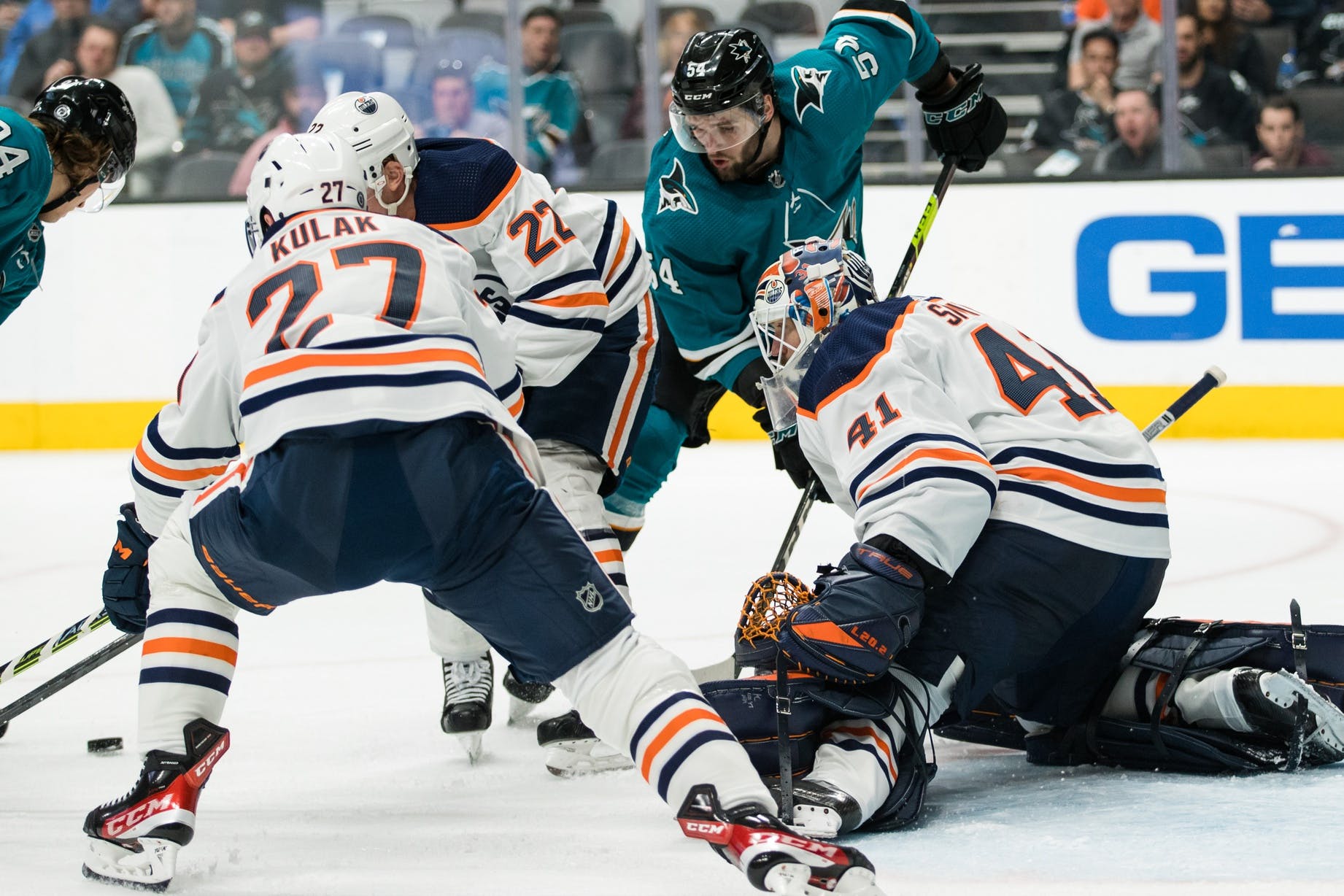 By Robin Brownlee
8 months ago
@Mike Smith has taken more crap than a porta-potty during the Edmonton Folk Festival so far this season as he’s tried to regain his form, and with good reason. That said, it’s fair to suggest it looks like Smith is finding his game given what we’ve seen lately.
Fresh from stopping 31 of 32 shots in a 6-1 win over the Anaheim Ducks Sunday, Smith repeated those numbers against the San Jose Sharks last night and dressed things up for good measure, making a save and then feeding @Connor McDavid for the game-winner as the Edmonton Oilers prevailed 2-1 in overtime.
Since blowing out 40 candles on his birthday cake March 22, Smith is 4-1-0 with a 2.19 GAA and .931 save percentage. He’s as sharp now as at any time during an unquestionably difficult season. Smith, of course, has kept showing the battle factor that makes his critics smirk, but he’s stopping pucks now. That’s the bottom line.
And, in the case of what unfolded last night in a game the Oilers could have and almost let slip away, the bonus was having the old guy in the paint setting up the winning goal 31 seconds into OT to vault the Oilers into second place in the Pacific Division. Is that washed up enough for you? 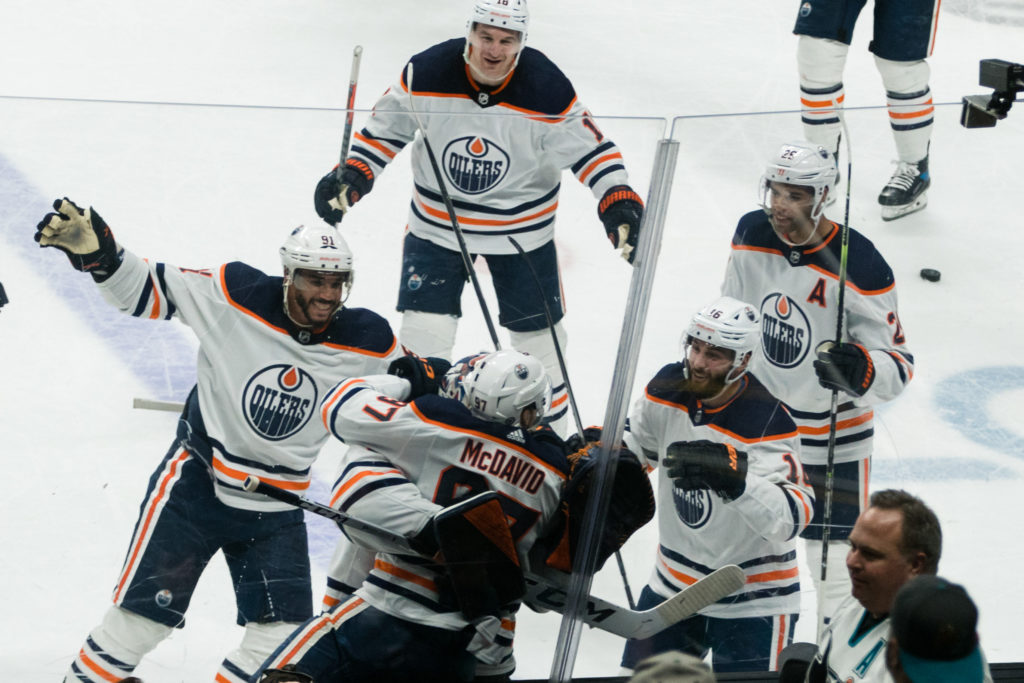 Apr 5, 2022; San Jose, California, USA; Edmonton Oilers center Connor McDavid (97) celebrates with other players after scoring the winning goal against the San Jose Sharks during overtime at SAP Center at San Jose.
Sarcasm aside, if the Oilers are going to get anything done in the stretch drive and the playoffs, they’re absolutely going to need the quality of goaltending Smith and @Mikko Koskinen have shown they’re capable of. Not here and there. Not once in a while. Most of the time. If the Oilers get it, they have a shot.
“He’s a guy that means a lot to our group, honestly,” said McDavid, who has a 14-game points streak on the go. “He’s battled all season long through injuries and different things. He’s taken a lot of heat. When he’s in the net, he gives us everything he’s got. Tonight, he gave us everything he had and then some.”
Up 3-0 in the first 16 minutes against the Ducks Sunday, the Oilers had a margin to work with. Last night, with @Leon Draisaitl out of the line-up, was not that. Trailing 1-0 on a goal by Tomas Hertl 15 minutes into the game – not a great goal as I saw it — the Oilers didn’t pull even until Ryan Nugent-Hopkins made it 1-1 with a shorthanded goal 12 minutes into the third period. This is the kind of nail-biter they’ll have to win in the stretch and playoffs.
“He made some big saves for us,” said coach Jay Woodcroft, now 18-7-2 since taking over from Dave Tippett. “I think part of their game plan was to fire it on net from all angles, then have one shot lead to two. We had some breakdown tonight. Like I said, we had a lot of breakdowns tonight — we weren’t clean.
“When we needed them, Mike was there when called upon. And in the end, he made the play in overtime, got it to our difference-maker, and Connor found a way to get the back of the net.”

The result leaves Smith sitting at 10-9-2 with a 3.24 GAA and .901 in 22 games this season. That’s a far cry from the 21-6-2 with a 2.31 GAA and .923 we saw from him in 32 games last season, but if Smith and that wonky leg of his can hold up playing in tandem with Koskinen, it might be enough.
“I think even when he’s not in-between the pipes, his personality, the type of guy he is, he’s a leader in the locker room,” said @Zach Hyman, who assisted on RNH’s goal. “For a goalie, he’s pretty outspoken and leads by example. His work ethic is second to none, and obviously, his play speaks for itself as of late. A pleasure to be around and just a great guy and great teammate.”