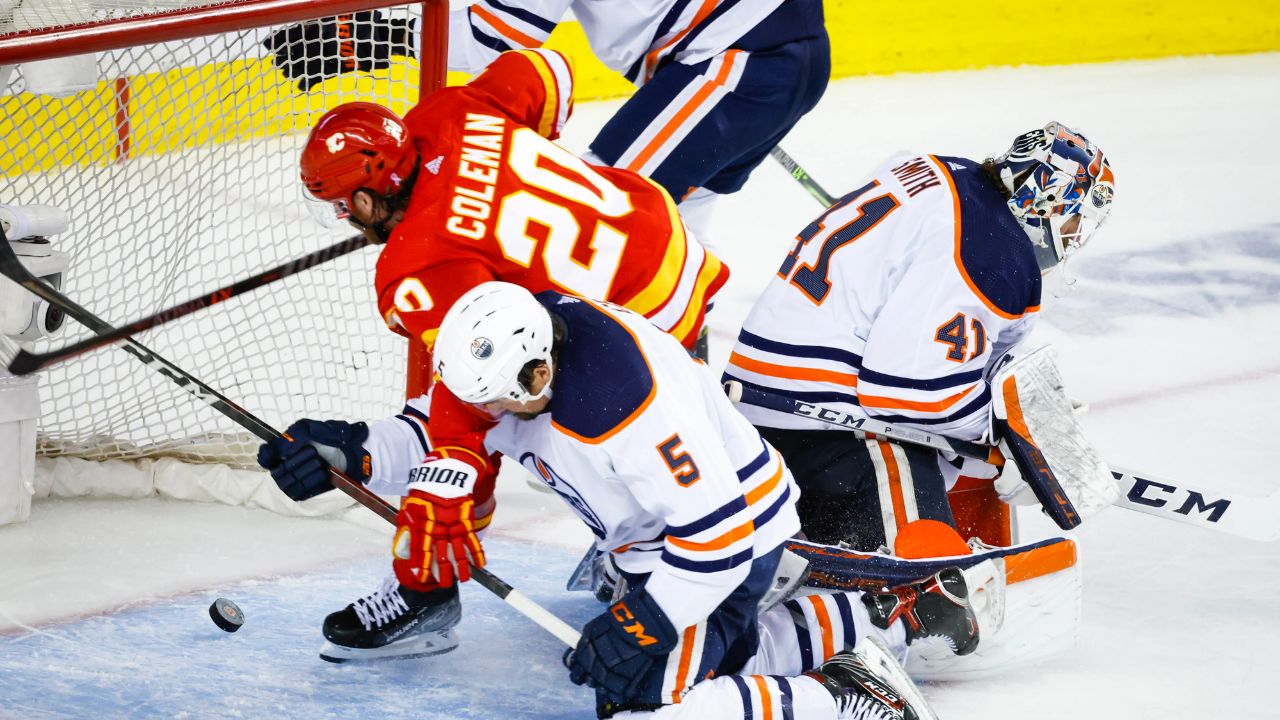 By Liam Horrobin
6 months ago
I am not sure how many of us would have predicted this but here we are. The Edmonton Oilers are in the Western Conference Finals and four wins away from returning to the Stanley Cup finals for the first time since 2006.
The dream became more realistic on Thursday night when Connor McDavid scored the overtime winner past Jacob Markstrom, giving the Oilers a 5-4 win on the night and a 4-1 series victory. That goal, however, was not the only talking point that came from that game.
Late in the third period, it looked as though @Blake Coleman had given the Flames their own 5-4. However, after a review, the goal was called back. The officials deemed that Coleman kicked the puck past Mike Smith. Whenever a decision like this is made, conversation springs from it from both sides. Should it have been a goal? Should it have not?
Now, this is where I open up the stage to you, Oilersnation. What did you think of the call?
I like this take from Ray. The officials were irrelevant the entire game. The whistles were away, and they wanted no affiliation to how the outcome on the ice finished.
It was a little strange to hear the comments from Coleman postgame. Basically, admitting that he kicked the puck, which should end this entire debate.
I agree with Bruce.
My initial thought was no. I did not think there was enough to overturn the call on the ice.
Here’s the angle that Bruce refers to, and I would assume the one that changed the NHL’s decision. It looks like he kicks it.
However, there are a few different factors to consider from the other side of the argument.
My initial reaction to the review was goaltender interference. When Coleman caught Mike Smith’s pad, I thought that the puck came loose. When they said he kicked in the puck, I was unsure what the call would be.
Honestly, I am still unsure of what the rule even is. We have seen goals that were kicked in.
It will be a debate for a long time. However, it’s not like it was a series-defining play. Calgary had plenty of time to score again in regulation and then overtime.
Then, as an Edmonton Oilers fan, we have been on the other side of a terrible call, Ryan Kesler, in 2017. It is much nicer to be on this side of the situation. The Oilers were the better team for four of the five games and deservedly are in the Western Conference Finals.
With that being said, bring on the Colorado Avalanche.
Nation Takes
Oilers Talk
Recent articles from Liam Horrobin