News and notes: Could the Edmonton Oilers hire Steve Staios? Will the Oilers pursue Ville Husso? What’s next for Evander Kane? 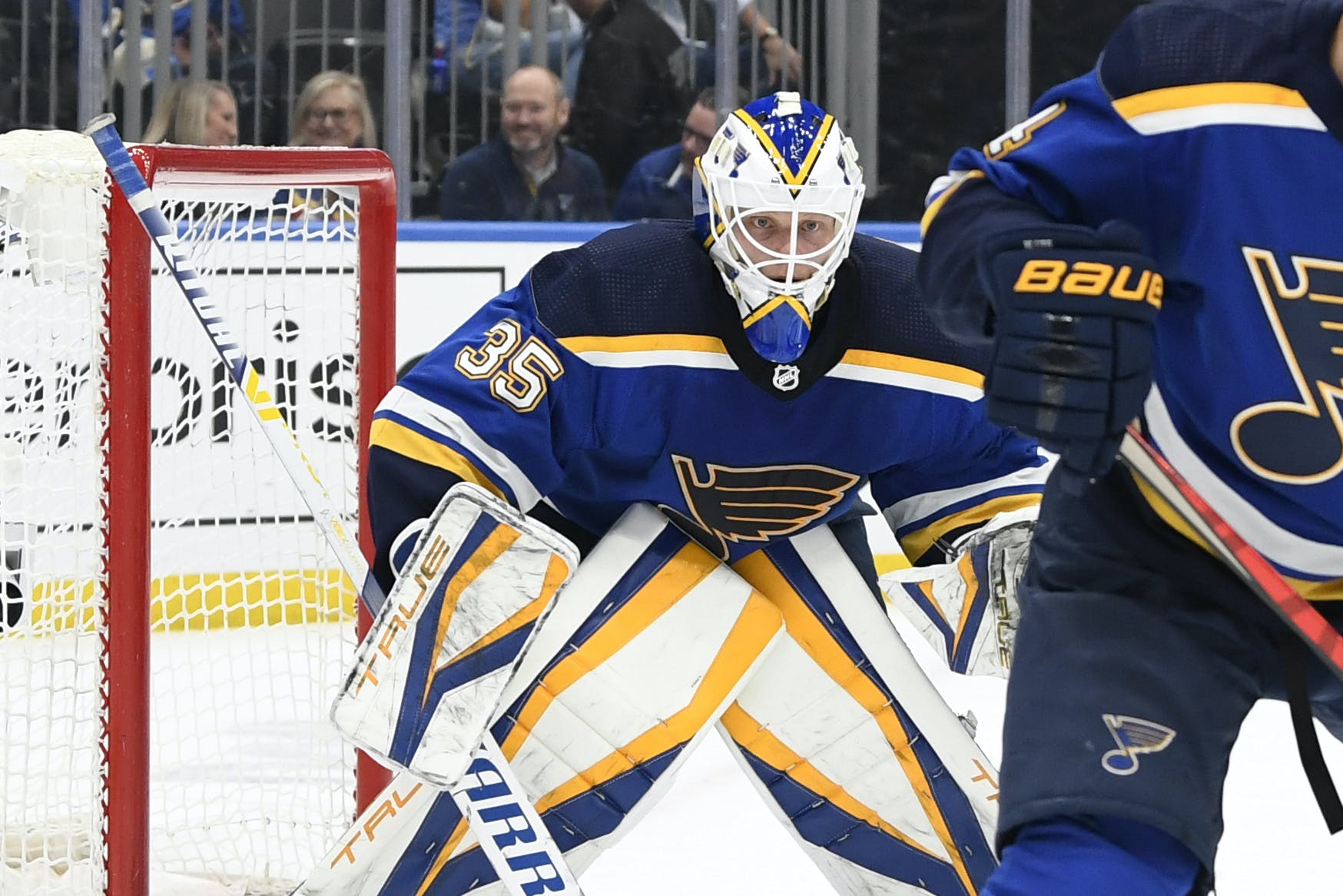 By Zach Laing
7 months ago
Rumours abound!
I want to give a shoutout to Sportsnet’s Jeff Marek and Elliotte Friedman who have been giving me so much good content to write about. So much so that we’ve got to tie a few together here today.

Steve Staios back in Edmonton?

On Tuesday’s edition of The Jeff Marek Show, the aforementioned pair threw around a suggestion that Steve Staios could land back in the Edmonton Oilers organization in some kind of role.
I wrote about Staios the other day after he was named the OHL’s general manager of the year with the Hamilton Bulldogs.

Marek: When it comes to Hamilton, we know that Mason MacTavish is going to be on the Anaheim Ducks next season… but I wonder about Jay McKee, their head coach, and Steve Staios, their general manager and minorty owner of that team. I don’t know how much longer both are for the OHL — and listen, we don’t have landing places for any of them. You always wonder “who is the next one? who is coming?”… We know teams have been interested prevoius in talking to Steve Staios. It’s never gotten hot, but there has been interest.
Friedman: … Steve Staios is an interesting one. I’ve always wondered about two teams with him in particular: Montreal and Edmonton… Edmonton, he obviously played there. He played a lot of his career there. I do think the day is going to come when Staios is in the NHL working his way up somewhere. Those are the two team’s I’ve looked at and wondered.

A Staios reunion would be interesting to say the least. This doesn’t feel like one of those situations where it would be “hey you played here come back,” because Staios has done his time elsewhere. He spent three years with the Toronto Maple Leafs as a team consultant and later assistant coach between 2012-13 through 2014-15, and has been with the Bulldogs since 2015.

Marek and Friedman also spent some time talking about Ville Husso and potential landing spots, where the latter of the two tied the goaltender to Edmonton.

Friedman: Remember how much we were talking in January/February about Husso and the Oilers? I just wonder if that one picks up again in the offseason. I think the Oilers are preparing for the possibility of a future without Mike Smith. Whether it’s retirement or LTIR. And in that situation, it says to me “you’ve got Skinner, and you’ve got someone else.” So who’s the someone else? One of the things we talked about a while ago is how the Oilers had interest in Husso and I wonder if that’s going to kick up again.
The other thing I think about the Oilers is, like I said, I think we’re all waiting for kind of clarity on the direction the organization is going to go in terms of front office hiring, getting Jay Woodcroft done which I expect to happen. Husso’s is another one I have on my notes about the Oilers. It certainly sounds like they are preparing that whether it’s retirement or health, Smith is trending to not being back.

This is an interesting one. I thought the Oilers may prioritize an older, more established goaltender, but I wouldn’t mind a run at Husso at all. He shined this year posting a 25-7-6 record, a 2.5 GAA and a .919 save percentage, but his game fell off in the playoffs.

What’s next for Evander Kane?

Evander’s summer is about to get interesting.
During a Wednesday evening press conference, NHL deputy commissioner Bill Daly said the neutral arbitrator in the Kane-Sharks is unavailable through the month of June. On top of that, Daly noted that the hearing could extend beyond the start of free agency on July 13th.
Far from an ideal situation for either Kane, or the Oilers who have expressed interest in re-signing him.
My call? Cut bait and move on. If Kane winds up back with the Sharks then you could maybe look at a trade, but otherwise, his asking price will be too rich for the Oilers’ blood.
Zach Laing is the Nation Network’s news director and senior columnist. He can be followed on Twitter at @zjlaing, or reached by email at zach@oilersnation.com.
Nation Takes
Oilers Talk
Recent articles from Zach Laing