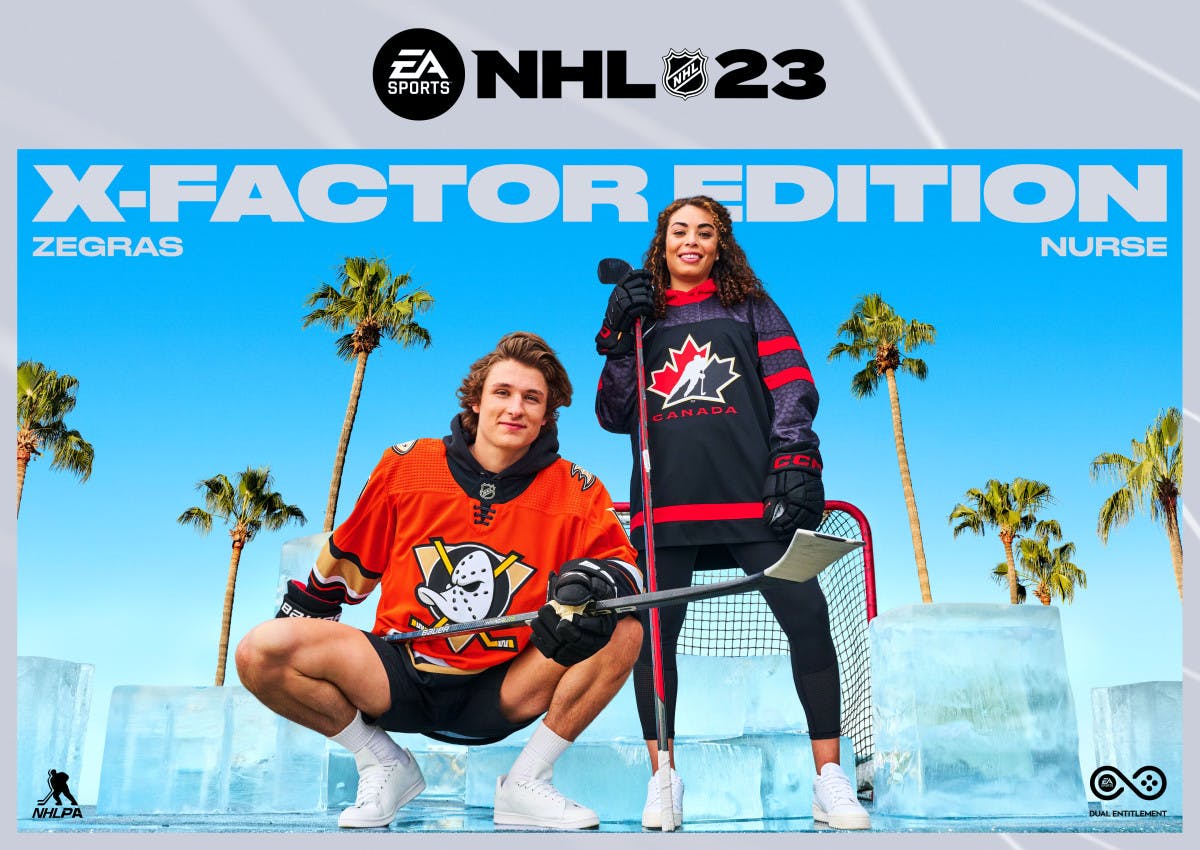 By Zach Laing
2 months ago
Some changes are coming to the way of EA Sports’ NHL 23.
The game, now in its 32nd rendition, will for the first time feature a woman on the cover — Hockey Canada superstar Sarah Nurse. She poses alongside Anaheim Ducks wiz Trevor Zegras.
“It is such a tremendous honor to be the first woman on the cover of the EA SPORTS NHL franchise,” said Nurse. “Hockey is really for everybody and I’m excited that NHL 23 is celebrating the diversity and inclusivity of the sport. I hope that the increased representation of women in such a prominent game will inspire young girls everywhere to know that there is a place for them in hockey.”
“Both our cover stars are breaking huge ground: Nurse is the first female player to ever be featured on the official worldwide cover of an NHL game and Zegras is one of the youngest players to ever make the cover,” EA Sports wrote in a blog post. “They’re two of hockey’s biggest stars and we’re pleased to feature them on this year’s cover.”
Another interesting addition this year will be the introduction of cross-platform matchmaking for the first time in NHL’s history. It will come in the form of an update “later this year,” EA Sports said.
Updates to Ultimate Team are on its way, and more ways to customize your team in franchise mode are also on its way.
I’ve been an avid NHL player since the ’06 edition buying each copy right when it comes out and for me, the I’ve always been a franchise only player. I love the aspect of managing a team, so I’m super excited to see what can happen.
The truth is, EA Sports games as a whole have taken a nose dive in the last 10 years or so. Let’s hope they can start to turn that around.
Zach Laing is the Nation Network’s news director and senior columnist. He can be followed on Twitter at @zjlaing, or reached by email at zach@oilersnation.com.
Nation Takes
News
Oilers Talk
Recent articles from Zach Laing