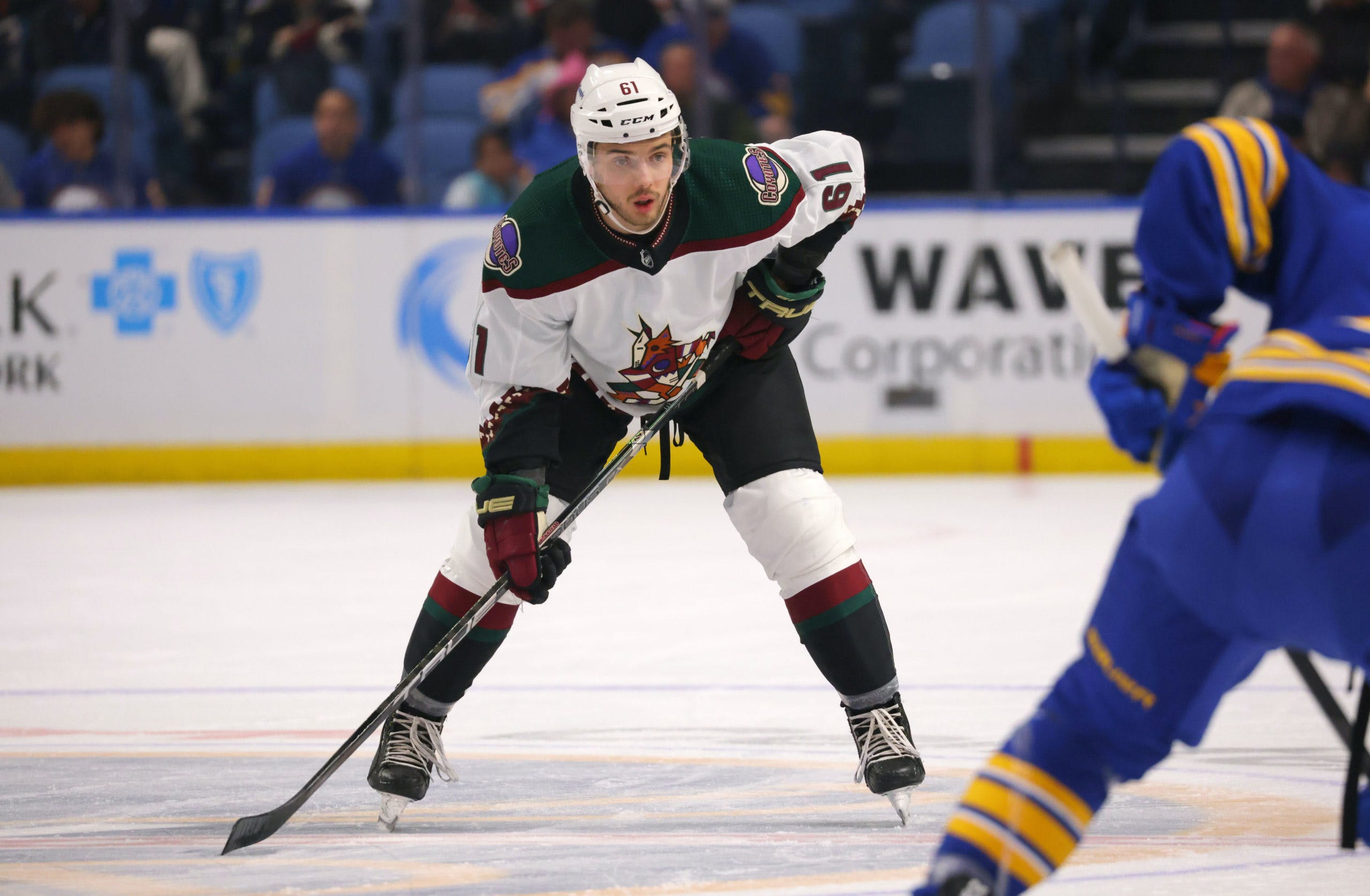 By Zach Laing
1 month ago
The Arizona Coyotes placed defenceman Dysin Mayo on waivers Monday.
The 26-year-old defenceman was a key cog of the 2013-14 Memorial Cup-winning Edmonton Oil Kings. Drafted by the Coyotes in the 5th round of the 2014 draft, Mayo has spent the majority of his career in the American Hockey League.
Over seven seasons, he’s appeared in 258 games with the Tuscon Roadrunners scoring 13 goals and 42 points. The right-shot defenceman broke into the NHL last season playing in 67 games with the Coyotes scoring four goals and 12 points. He’s appeared in just 13 games this year for the Coyotes scoring no points.
There’s a world where Mayo, a right-shot, could make sense as a waiver claim for the Oilers. His raw underlying numbers are poor, as they are for virtually anyone playing on the Coyotes, but his relative defensive numbers improved this year despite a small sample size.
At 5×5, his CA/60 is 6.46 percent higher than team average, while his xGA/60 and SCA/60 are 3.69 and 1.19 percent better than league average, respectively. While Mayo may not shoot the puck much, he’s a physical presence on the backend laying 12.02 hits per hour this year and 6.01 last year. He also gets in front of the puck a lot, blocking 6.68 shots per hour this year and 4.62 last year.
According to hockeyviz.com, Mayo’s isolated impacts at even-strength are not good. He contributes offence at a 17 percent rate below league average, and defence at a five percent rate below league average.
The biggest pro to Mayo, beyond his physicality and willingness to block shots, is the fact that he’s on a great contract. He signed a three-year deal this past offseason carrying an AAV of $950,000.
At the AHL level, the Condors already have five right-shot defencemen on their roster as is. For that reason, I’m not convinced the Oilers put in a claim. In the same breath, I think he’s a better bet as a seventh defenceman than Ryan Murray.

The Edmonton Oilers are on the rise! Well, sort of.
Daily Faceoff’s weekly rankings dropped this morning and they had the Oilers rising one whole spot from 19th to 18th. Slow and steady wins the race.