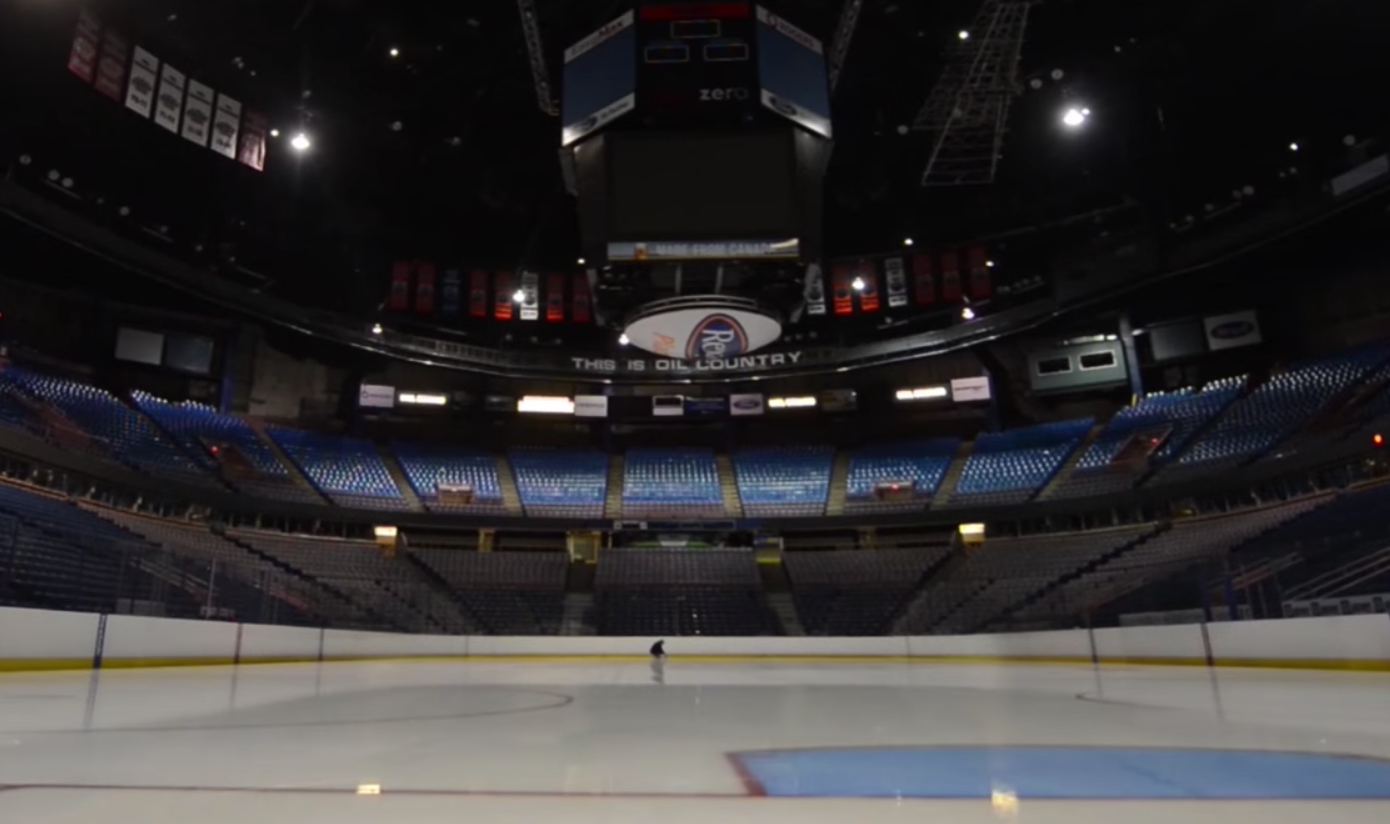 By Zach Laing
1 month ago
The City of Edmonton has approved the demolition of the old Coliseum.
The building will stand for a few more years, however, as payment for the demolition won’t start until 2025. Shuttered in 2017 when Rogers Place opened in downtown, the building was originally planned to be converted to a multi-level ice facility, but renovations to the building would prove to be more costly.
According to the Edmonton Journal, Ward Nakota Isga Coun. Andrew Knack asked if the city has looked into other options for it such as “selling the land for $1, or even offering to pay someone to buy it from the city so they can demolish the structure and build something new.” The approval of the demolition allows the City to continue examining those options.

So about that salary cap…

Signs are pointing towards the NHL salary cap increasing by just $1-million next season in what would be the fourth consecutive season with a virtual salary cap freeze.
But, according to Daily Faceoff’s Frank Seravalli. Here are some snippets about what’s going on and how it could increase from the NHL’s Board of Governers meeting.

If you’re rooting for the NHL’s salary cap to increase substantially next summer, then you better break out your pom-poms for the Toronto Maple Leafs, New York Rangers, Boston Bruins Edmonton Oilers and Vegas Golden Knights to go on deep playoff runs this spring.
Because without help from either big market, big spending fanbases or a significant change in the price of the Canadian dollar, the NHL’s salary cap may only increase $1 million next season.
That’s the report commissioner Gary Bettman relayed to the league’s Board of Governors here on Day 2 of their annual December meeting.
Bettman said in his media availability that the league is currently projecting approximately $70 million to be remaining on the escrow debt to be repaid by players to owners after this season.
…
Bettman said if the debt is retired in full this summer, on the wave of a Stanley Cup parade through the self-proclaimed center of the hockey universe in downtown Toronto, then the cap would rise to an approximate $86.5 million or so.
What a scene that would be, other teams around the league rooting for the revenue windfall. Then again, that we’re even talking about the debt being retired this quickly – two seasons ahead of original projections – is already quite something.

Who could land Horvat?

Reports out of Vancouver have surfaced saying that Bo Horvat will likely be out of Vancouver after rejecting the lastest contract offer by the Canucks.
On Tuesday’s edition of the Daily Faceoff Live, Tyler Yaremchuk and Mike McKenna threw out some potential landing spots.

Mike McKenna: “I think the Wild would. I also think the Islanders would be a really good fit. Horvat really seems like a Lou Lamoriello type of player. He can play center, wing, he’s versatile, and I can even see that being a trade and then Lou tries to extend him like he did previously with J-G Pageau and other deadline pick-ups.
But my biggest one’s the Hurricanes. They need help down the middle. Jesperi Kotkaniemi hasn’t been able to grab a number two role. Their power play’s awful, 27th in the league. Bo Horvat has eight power play goals. If you want an instant shot in the arm, Bo Horvat’s going to do that for the Carolina Hurricanes power play. They also have Max Pacioretty coming back. That’s a very different looking team if they could pull off Horvat and Pacioretty in the lineup.
Tyler Yaremchuk: “For me, I’m looking in the Western conference, and I’m eyeing up the Colorado Avalanche. That’s a team that lost Nazem Kadri over the offseason, and for me, Horvat would be a pretty darn good replacement there. And if you’re Vancouver, yeah you want some future assets, and Colorado does still have their first round pick for the upcoming season, but what about adding a piece that can maybe benefit from a change of scenery, and could help you a little quicker than maybe a draft pick.
And I’m looking at, and this would help the salaries as well, what about Sam Girard as a target for the Vancouver Canucks? That’s a guy who the Avs might have to move off their blueline for salary reasons if they want to bring in an impactful forward piece like Bo Horvat.
So I threw on my armchair GM, EA Sports NHL mode hat: Sam Girard and a first round pick for Bo Horvat and Luke Schenn. To me that’s a deal where Vancouver gets the first round pick that’ll somewhat help you, but Girard, he’s in your lineup, you need d-men. And from Colorado’s perspective, you replace Girard with a more rugged shutdown guy, fits your style more, and you get Bo Horvat, and the salaries work.”