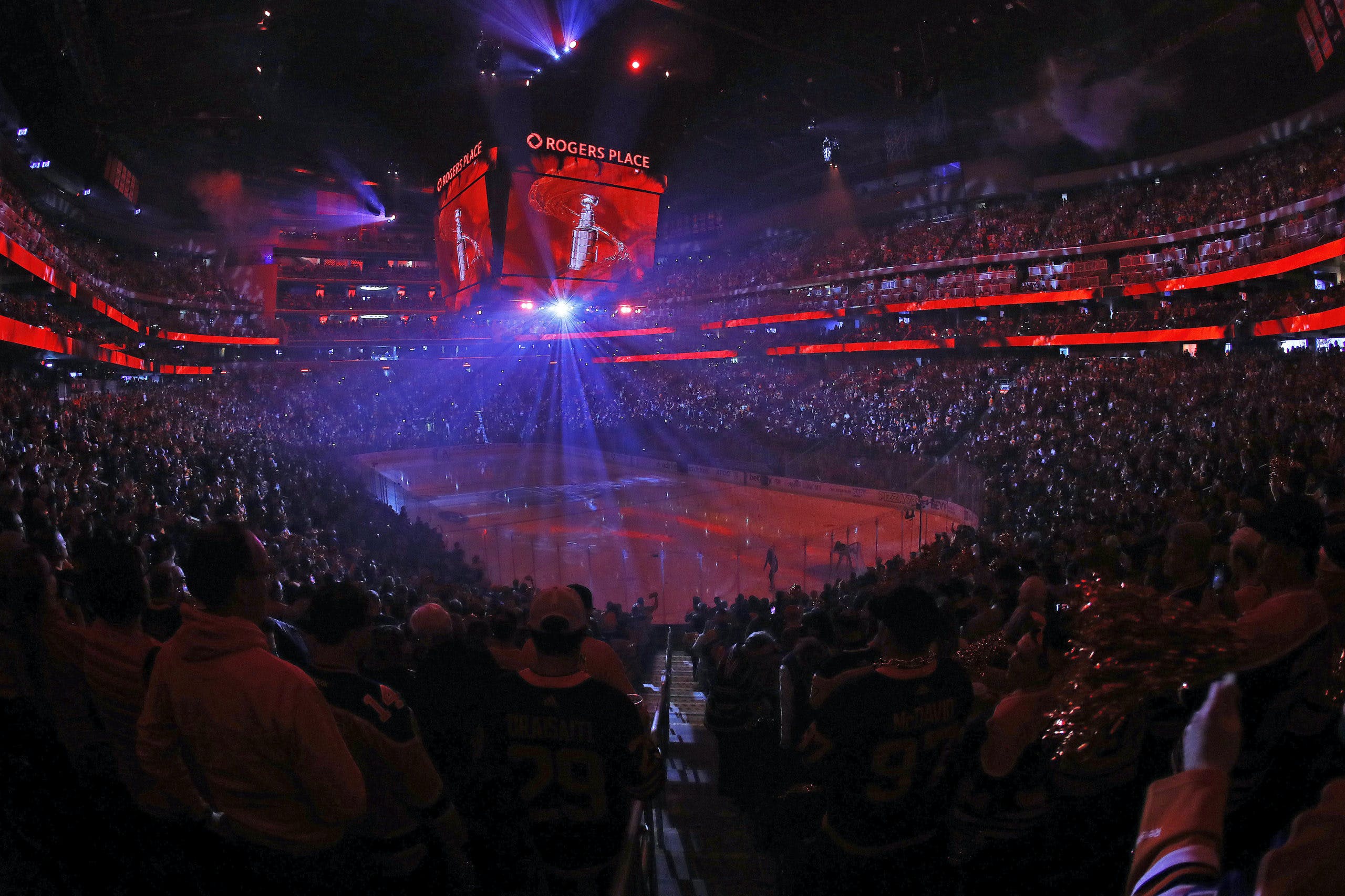 By Zach Laing
3 months ago
Edmonton Oilers forward Connor McDavid has been named the NHL’s first star of the week.
McDavid had another tremendous week with four goals and eight points in four games. Held without a point in the Oilers’ 6-3 win over the Pittsburgh Penguins last Monday, he had the primary assist on Ryan Nugent-Hopkins’ game-winning goal against the St. Louis Blues two nights later.
On Thursday, McDavid popped against the Chicago Blackhawks scoring three goals and an assist — his fourth three-point outing of the season. Then on Saturday, he had another three-point night scoring a goal, the game-winner, and two assists.

The value of the Edmonton Oilers continues to rise.
According to a Sportico report released Tuesday morning, Darryl Katz’s Oilers are now worth a staggering $1.29-billion becoming the eighth most valuable franchise in the league. This number coincides with an 11 percent increase over their valuation from last year, which had the Oilers worth $1.16-bilion.
Atop the rankings, to nobody’s surprise, are the Toronto Maple Leafs with a valuation of $2.12-billion. Here are the top 10 rankings:

A sale for the Sens?

According to that same Sportico report, the Ottawa Senators may soon be for sale. The Senator’s board of directors have “already interviewed self-side bankers” and “there is significant interest in the franchise.” The Senators, the report added, are widely considered to be the next team to sell.
The “self-side bankers,” as noted by Postmedia’s Bruce Garrioch, are advisors to the board of directors running the organization on behalf of the Melnyk family and would act as intermediates to solicit bids.
Here’s more of Garrioch’s report:

This is the first time since the passing of Senators’ owner Eugene Melnyk there has been any talk publicly the team may be sold. The franchise is part of the massive estate Melnyk left to his daughters, Anna and Olivia, and it has been operating business as usual since his death in March.
The report valued the franchise at $655 million (all figures U.S.), a rise of 21% from last year, but league sources told this newspaper that figure isn’t even close to what the franchise will be worth if the Melnyk family does decide to sell a portion or all of its stake in the team.
The Nashville Predators are about to sell for $775 million and the Seattle Kraken paid $650 in an expansion fee to get into the league. That means the value of an established Ottawa franchise will be much higher than the $655 million label that Sportico put on it.

The return of the Mighty Ducks

With the 30th anniversary of 1992 classic The Mighty Ducks having come and gone in early October, Adidas is bringing back the jerseys from the film.
While we don’t know exactly in what capactity, it does appear to just me a merchandise release at this point. Nonetheless, nostalgia is soup de jour around these parts, and what’s more nostalgic for hockey fans than a movie and series so many grew up on?
Zach Laing is the Nation Network’s news director and senior columnist. He can be followed on Twitter at @zjlaing, or reached by email at zach@oilersnation.com.
Featured
Oilers Talk
Recent articles from Zach Laing