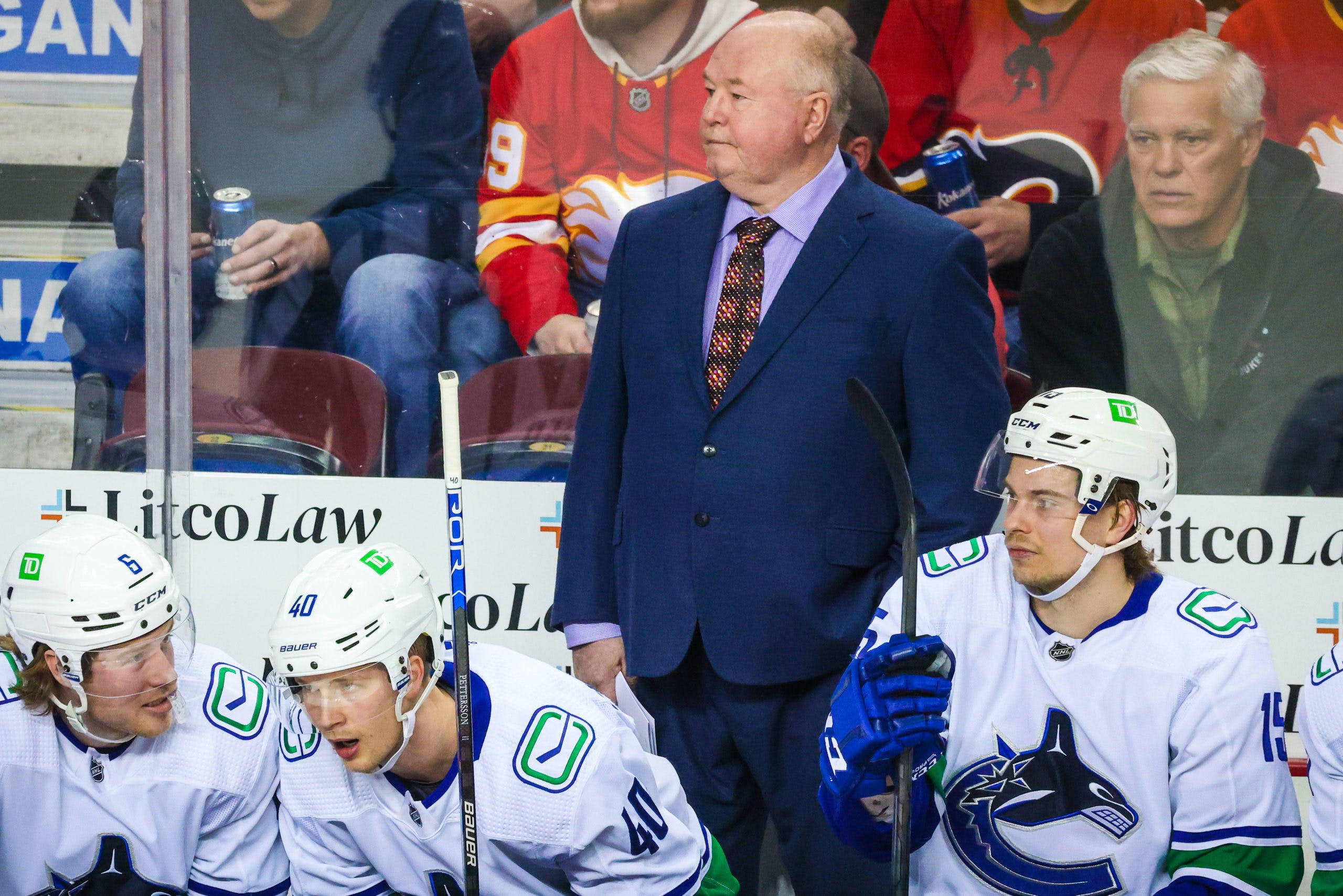 By Zach Laing
1 month ago
NHL stars of the week are back and should we really be surprised Connor McDavid has found his way onto the list.
McDavid had a strong start to the NHL season scoring four goals and five points in two games. He helped spark the Oilers’ season-opening 5-3 comeback win with a hat-trick.
That night, he became the fastest active player to reach the 700-point milestone. He capped off his week with a one-goal performance against the Flames on Saturday night.

Is Boudreau done in Vancouver?

The Vancouver Canucks are reportedly considering a coaching change. This, according to Sportsnet’s Elliotte Friedman, who had this to say on his 32 Thoughts podcast:

I’m really curious about this one. They play Saturday afternoon, they lose in Philadelphia. They’re off Sunday and they have a hard skate, then they play Monday in Washington and Tuesday in Columbus. Also, don’t forget Vancouver’s travel. They were in Edmonton on Wednesday night and they played Saturday afternoon in Philadelphia.
I would say this would be an unusual day to have a hard skate on the off days three and four. It’s not like Bruce Boudreau is inexperienced. He’s been around hockey for 50 years. That said a lot to me that they’re doing that and I’m curious to see how they come out to play. I just hope they don’t come out gassed out of that, I really don’t. Because everyone is going to point to that practice.
…
In Vancouver, Boudreau is in his last year of his deal. I believe that Vancouver — I don’t know what the right word is to use here because you always believe the wrong word is goign to turn into a five-alarm inferno — so let’s use ‘toyed,’ okay? That’s only about a two-alarm.
I believe Vancouver at least toyed with the idea of makeing a change and I believe the spoke to some potential coaches, but obviously they didn’t do anything. But we kind of knew if this didn’t work, there could be something.

The Canucks have been off to a slow start this year with two big losses. The first, their season-opener, saw them collapse in a 5-3 loss to the Edmonton Oilers. Game two came as another loss, a tough 3-2 game against the Flyers.

Detroit Red Wings forward Tyler Bertuzzi is set to miss the next four-to-six weeks. He blocked a shot during Saturday’s 5-2 win over the New Jersey Devils.
Now, the Red Wings say he’s set to miss time with an upper-body injury. Losing Bertuzzi is a significant loss for the Red Wings, who were set to look to him to be a big driver of play.
He scored a career-high 30 goals last year.

Another significant piece of injury news, the Philadelphia Flyers placed Rasmus Ristolainen on the injured reserve Monday.
Ristolainen appeared in just two preseason games, but has missed Philly’s first two games of the season with an undisclosed injury.
Zach Laing is the Nation Network’s news director and senior columnist. He can be followed on Twitter at @zjlaing, or reached by email at zach@oilersnation.com.
Featured
Nation Takes
Oilers Talk
Recent articles from Zach Laing