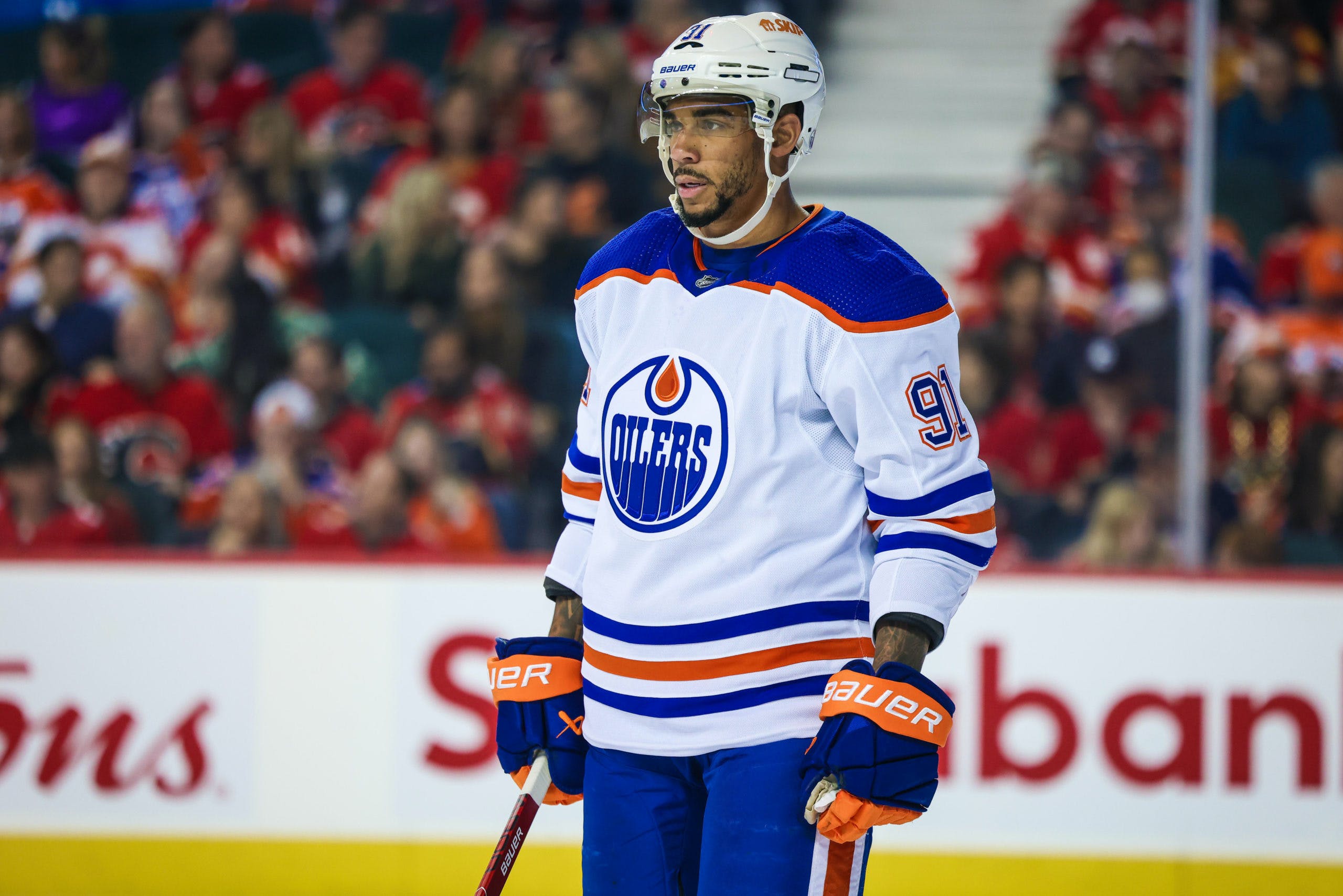 By Zach Laing
25 days ago
Edmonton Oilers forward Evander Kane could return to the lineup ahead of the NHL’s all-star break.
This, according to Oilers GM Ken Holland, who told ESPN’s Greg Wyshynski Kane could draw in for “two or three games” before the break, which kicks off for the team on January 29th.
“He’s ahead of schedule,” Holland told ESPN.. “Three months was around Feb. 3. We were kind of hoping that if everything went well, he would return sometime in the month of February. Now [the range] is the end of January to the middle of February.
“Even though he feels great to practice, the doctors like a certain period of time [for recovery] after surgery. We’ll see how he’s feeling. We’ll see how the team is doing. We’ll see what the doctors are telling him.”
Kane was injured on Nov. 11th when Tampa Bay Lightning forward Pat Maroon’s skate blade accidentally sliced Kane’s wrist. His initial recovery time was slated for around three-to-four months.

The top objective in the trade market for the Edmonton Oilers: a left-shot defenceman. That’s what Daily Faceoff’s Frank Seravalli reported late last week. Here’s what he said:

Scoop: The Oilers enter the deadline period with a few holes to plug and a lack of cap space and assets to go around. They need a left-shooting defenseman, a third-line center who can add dimension, and a bottom-six forward with an edge and penalty killing ability. The top objective as it stands now, it seems, is to add a left-shooting defenseman who is well-rounded. The question being asked internally right now is whether that defenseman should stylistically be a puck-moving type or a defensive-minded defender. Edmonton feels like an ideal landing spot for someone like Vladislav Gavrikov, but maybe Mattias Ekholm is a nice blend of the two styles. Either way, this is a burn-the-boats season for Edmonton, after watching what Connor McDavid and Leon Draisaitl did to the postseason scoring list last spring. No excuses, no holds barred.

The weekly Daily Faceoff power rankings were released Monday and saw the Oilers continue to hold onto the 18th spot. Here’s what their Scott Maxwell had to say: