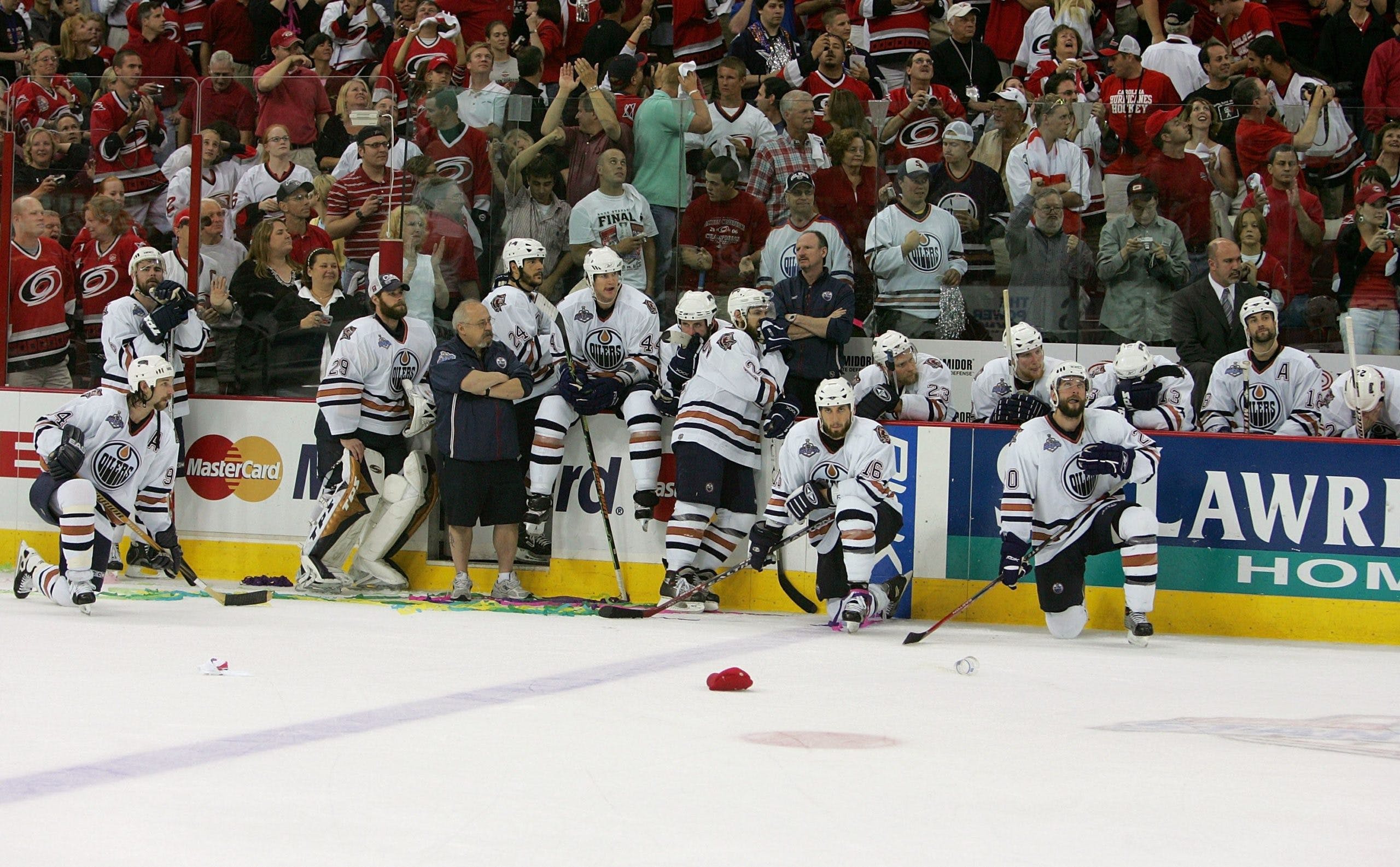 By Zach Laing
3 months ago
Rematch of 2006, anyone?
Sportsnet’s Elliotte Friedman has predicted the Edmonton Oilers and Carolina Hurricanes will meet in the Stanley Cup finals this season. This time, he thinks it will be the Oilers winning.
In fact, Friedman isn’t the only person to predict an Oilers cup championship. Sam Cosentino predicted the Oilers lifting Lord Stanley’s Mug.
Some other interesting things out of Sportsnet’s predictions where they polled 20 staffers:

Okay, this is a weird one.
The Buffalo Sabres signed defenceman Mattias Samuelsson to a seven-year deal Wednesday. Samuelsson, 22, had 10 assists in 42 games last year and has played in just 54 NHL games.
Now, he’s got a shiny new deal paying him $4.25-million per year when the deal kicks in next season.
Daily Faceoff’s Frank Seravalli talked to an agent and an NHL executive. Here’s what Seravalli said Wednesday on the Daily Faceoff Show:

The news goes out about the contract extension for Samuelsson, and I got a call from an agent right away that said “This is the worst contract I’ve ever seen a player sign. He could have waited, done a two-year bridge deal, see what his career looks like, and then cash in when the salary cap goes up.”
And then I got a call from a front office executive who said… “This is one of the worst contracts I’ve seen a team give out. What are they doing? Even if they think that Mattias Samuelsson can be a shutdown defenseman in this league, why doesn’t he go out and prove it? How much more is it going to cost them at that point?”

According to Friedman in his 32 Thoughts article, the Edmonton Oilers interviewed former NHL veteran Joel Ward for an assistant coach role.
Ward, 41, played 726 games in the NHL with the Minnesota Wild, Nashville Predators, Washington Capitals and San Jose Sharks. He retired from playing after the 2017-18 season and has spent the last two years as an assistant coach with the AHL’s Henderson Silver Knights.
Friedman reported he’s a candidate for other gigs around the league.
Zach Laing is the Nation Network’s news director and senior columnist. He can be followed on Twitter at @zjlaing, or reached by email at zach@oilersnation.com.

For the first time in three seasons, we’re throwing a Season Launch Party at SOHO and you’re all invited to join us! What’s going on? I’m glad you asked.
As always, we will also be including a charity component with the event where a portion of all ticket sales will be donated directly to Sport Central to help with their mission of providing equipment and bicycles to children in need.
Nation Takes
Oilers Talk
Recent articles from Zach Laing