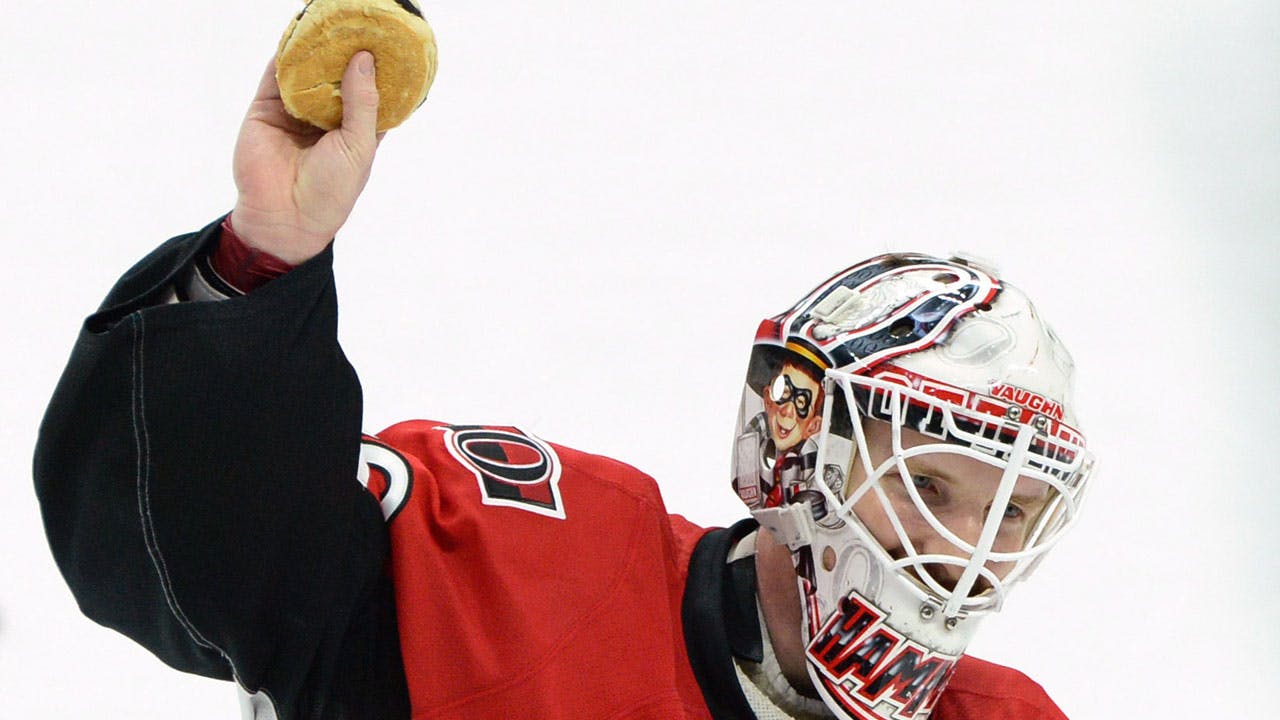 By Zach Laing
1 month ago
Montreal Canadiens defenceman Mike Matheson is out indefinitely after suffering a lower-body injury.
According to the team, Matheson will stay behind in Montreal as they embark on a three-game, pre-Christmas road trip through Arizona, Colorado and Dallas.
As Daily Faceoff’s Steven Ellis writes, Matheson’s had a tough start to his career with the Habs after being acquired in the Jeff Petry trade this offseason.

In fact, Matheson has missed a lot of games this season, being limited to just 10 games where he’s scored one goal with five assists. He was expected to play a big role for the Canadiens this season and play big minutes, but he just hasn’t been able to consistently stay in the lineup for that to happen.

Part of those big expectations came from the trade he was a part of, as they got Matheson and a fourth round pick in exchange for Jeff Petry and Ryan Poehling in the 2022 offseason. He’s currently in the fifth year of an eight year contract with a $4.875 million cap hit, one that neither the Habs or Pens signed, but the Panthers, the team that drafted him in the first round in 2012.
It’s one of the many injuries that the Habs have to deal with at the moment. On top of the most likely career-ending injury that goaltender Cary Price is dealing with, Paul Byron is also on long-term injured reserve, with Brendan Gallagher, Sean Monahan, and David Savard all finding themselves on injured reserve.
The team has performed admirably despite all the injuries, as they find themselves with a 14-15-2 record and only seven points out of a playoff spot in a season many expected the team to be much closer to lottery contention.

This could be an interesting one to monitor from an Oilers perspective. The team has been loosely linked to Habs defenceman Joel Edmundson, and Montreal remains seven points out of a playoff spot in the east with a 14-15-2 record. If they go on a run or not, one has to wonder about Montreal’s willingness to trade one of their only veteran defenceman.

Former NHL goaltender Andrew Hammond has announced his retirement from professional hockey. He last played in the NHL last season, where he said he suffered an ankle injury playing for the Habs that he won’t be able to recover from.
Hammond had a remarkable career in the NHL despite playing just 67 games. Undrafted out of the NCAA, he signed with the Ottawa Senators in 2013 and had an improbable run in 2014-15. He posted a 20-1-2 record, a 1.79 GAA and a .941 save percentage in what feels like one of the best stretches ever by a goaltender.
Here’s some of what Daily Faceoff’s Steven Ellis wrote about Hammond, and how the Hamburglar nickname came to be:

After some wins, Senators fans threw burgers on the ice to celebrate his nickname, the “Hamburglar”, with the previously unknown netminder becoming a cult hero instantly. Injuries limited him to just 11 games between the NHL and AHL the next year, but his time winning games with the Senators were over.
Hammond spent most of the next four years in the AHL and had a solid career in San Antonio, Iowa, Rochester and Iowa. He played one regular season game and three playoff matches with Colorado in 2017-18, but wouldn’t return to the NHL until the 2021-22 season. Hammond had a perfect 3-0-0 record with the Montreal Canadiens last year before moving to New Jersey, where he had a 1-5-1 record in seven games.
Hammond finished his career with two KHL games in Chelyabinsk this year, losing both of them, before getting released in mid-October.
While Hammond’s NHL tenure was a short one, nobody will forget it anytime soon. He was a true underdog that took the league by storm and made a name for himself out of seemingly nowhere.

The Calgary Flames have been off to a rocky start to their season. They’ve posted a 14-12-6 record for 34 points, just one behind the Oilers. Edmonton, meanwhile, have posted a stronger 17-14-1 record.
Expectations were massive for this Flames team bringing in Nazem Kadri, Jonathan Huberdeau and MacKenzie Weegar, and boy have they flopped so far. One contentious area for the Flames is their powerplay that’s operating at a 20% clip ranking 23rd in the league.
My colleague at Flamesnation, Ryan Pike, took a look the other day at what’s going on that’s causing it to be so poor:

Over the summer, the Flames lost 23 goals from last season’s power play due to the departures of three players, but they added three players who combined for 14 PP goals on their old teams. The hope was likely that the team might take a slight step back, but adding the new faces to the PP and providing opportunities for some old faces to have bigger roles would keep the Flames’ PP in the top half of the NHL’s rankings.
That has not come to pass.
The big problem with the power play doesn’t appear to be the personnel. As mentioned, they’re the five most productive options they have available to them. But the current Flames’ attack on the man advantage is very passive and lacks urgency. There’s not a ton of player movement within their attack, and as a result the power play tends to be a series of passes between relatively stationary players, which makes them predictable and easy to disrupt.
When they do have success, it’s usually because they either score quickly off the face-off before the opposition has a chance to get set up, or because the Flames attackers break formation and improvise due to a shot block or another bounce.
When you have a Gaudreau making strong passes or a Tkachuk causing trouble the blue paint, your club can have a tactically predictable power play. When you don’t, you have to have a dynamic, energetic power play. The Flames have talented players on their top power play unit. They need to let them inject some creativity and movement into their man advantage play so they can score some goals.