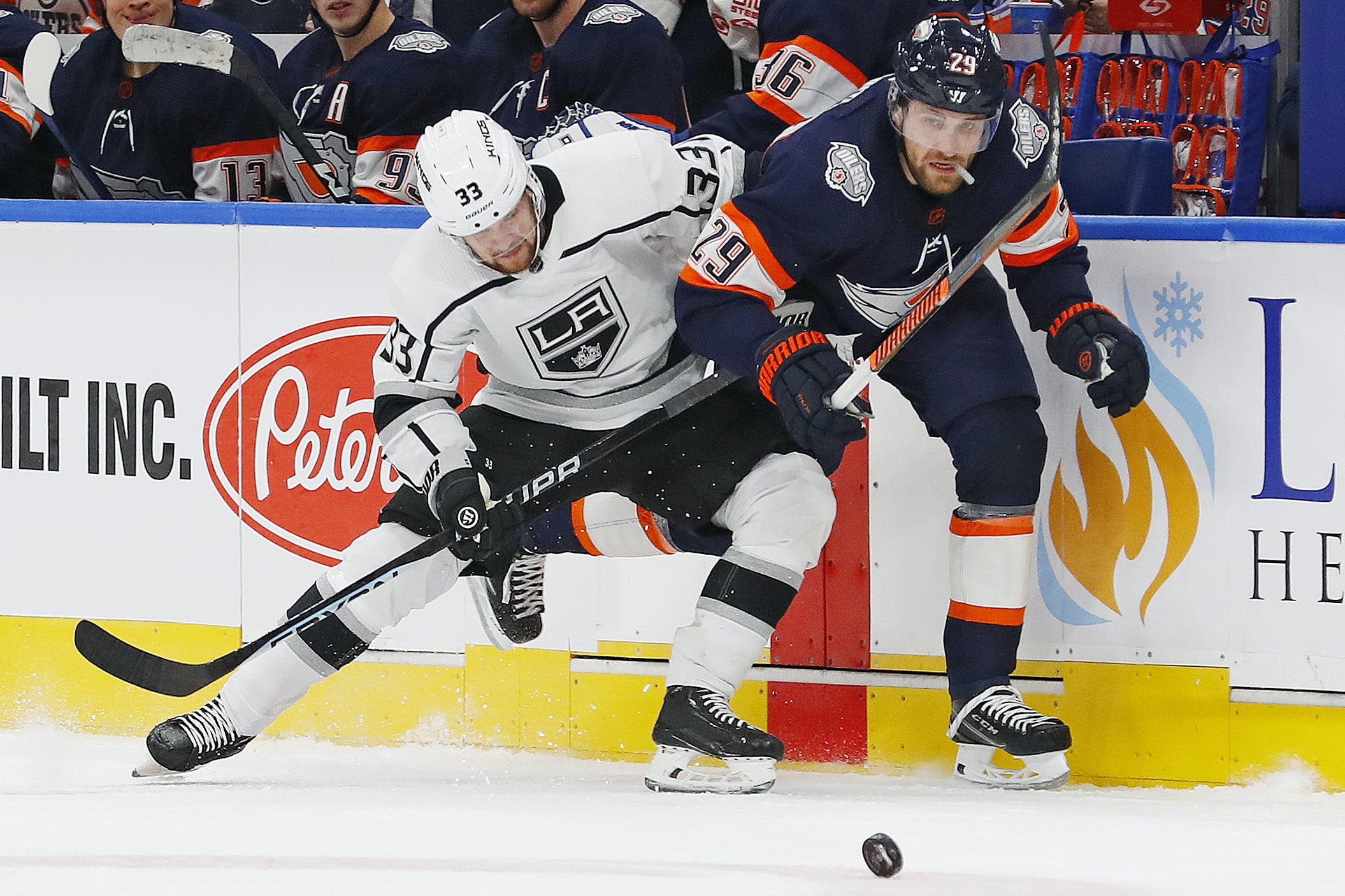 By Zach Laing
3 days ago
A report from Jim Matheson suggests that Leon Draisaitl’s ankle injury hasn’t fully healed.
He dropped the note in a recent article.

Draisaitl says his ankle is much better but he still feels discomfort at times. “I spent a lot of time working on it, rehabbing but it’s still there. I still feel it. It’s an injury that takes a long time to be completely gone, to be honest,” he said.

If Draisaitl is in fact playing hurt, the Oilers might be wise to consider some load management with him like how they do in the NBA. There, players will take some games off or play in lesser roles to help with injury rehabilitation or prevention. There’s a long season ahead and the Oilers are going to need him at his best.
I talked about it more in today’s Oil Spills.

Erik Karlsson has had a tremendous resurgence this season and to the surprise of many has found himself near the top of NHL scoring ranks. Through 19 games, he’s scored 11 goals and 28 points putting him tied for tied for four, and second in the league, respectively.
Injuries have plagued him for years, but it seems he has been able to put the past behind him.
Over at Daily Faceoff, Matt Larkin makes an early case for him as a Hall of Famer:

Obviously, with the year he’s having, Karlsson trade talk will hit a fever pitch a couple months from now as the Sharks continue to sink in the Pacific Division. We have plenty of time to speculate on that.
But for now? Let’s speculate on Karlsson’s Hall of Fame case. I wouldn’t say the past four seasons had killed it, but they at least mothballed the discussion and raised the question of whether he had been dominant enough for long enough. But now, based on what he’s accomplishing this season? He’ll cement himself as a Hall of Famer.
And, honestly, he already was one. Karlsson was already a two-time Norris Trophy winner. Only 13 defensemen have won the Norris more than once, and the 11 of them who are eligible for induction are Hall of Famers. Duncan Keith will join that group once eligible, too, likely as a first-ballot inductee. Karlsson was a four-time first-team all-star. He’s one of 14 blueliners to earn four or more first-team nods.
…
Karlsson owns two of the top 10 and three of the top 13 single-season point totals by a defenseman this century. He’s second only to Brent Burns, who spent some time at forward, in points by a defenseman this century. So if we look at what Karlsson had accomplished before this season, he was already deserving of first-ballot consideration.
But if he stays healthy and adds another all-star selection and a third Norris Trophy this season? That makes him an absolute lock.

Watching the performances of rookies in the NHL is always an interesting time. Are they for real? Flashes in the pan? Will they slump in year two?
Right now, there are five rookies Daily Faceoff’s Steven Ellis has identified as the ones making some under-the-radar noise. Here are two:

With low expectations, the Canadiens didn’t do much to address the team’s need for true top-four defensemen over the summer. That allowed some of their youth to take over, including fan favorite Arber “Wifi” Xhekaj. Xhekaj’s journey to full-time NHLer is a crazy one, but he’s done enough defensively and physically to keep a permanent role with the big club. It’s so rare to see an undrafted player go straight from junior to the NHL, but Xhekaj has exceeded all expectations. And, seriously, stop trying to mess with him. He going to pummel you.

Hey! You’ve probably heard the Devils are really good, and the team’s depth has been a huge reason why. Zetterlund had eight points in a 14-game stint last year with the Devils and has followed it up with seven in 12 games this season. He’s been spending time with Nico Hischier and Tomas Tatar on New Jersey’s top line recently, a huge boost of confidence for a winger with no shortage of competition. Zetterlund took a bit of time to find his groove since going 63rd overall at the 2017 NHL Draft, but his play with the AHL’s Utica Comets last year forced the team to promote him – and he’s done everything but disappoint. He’s a pending RFA this year, and it seems like they’re going to look to keep him around for a while.