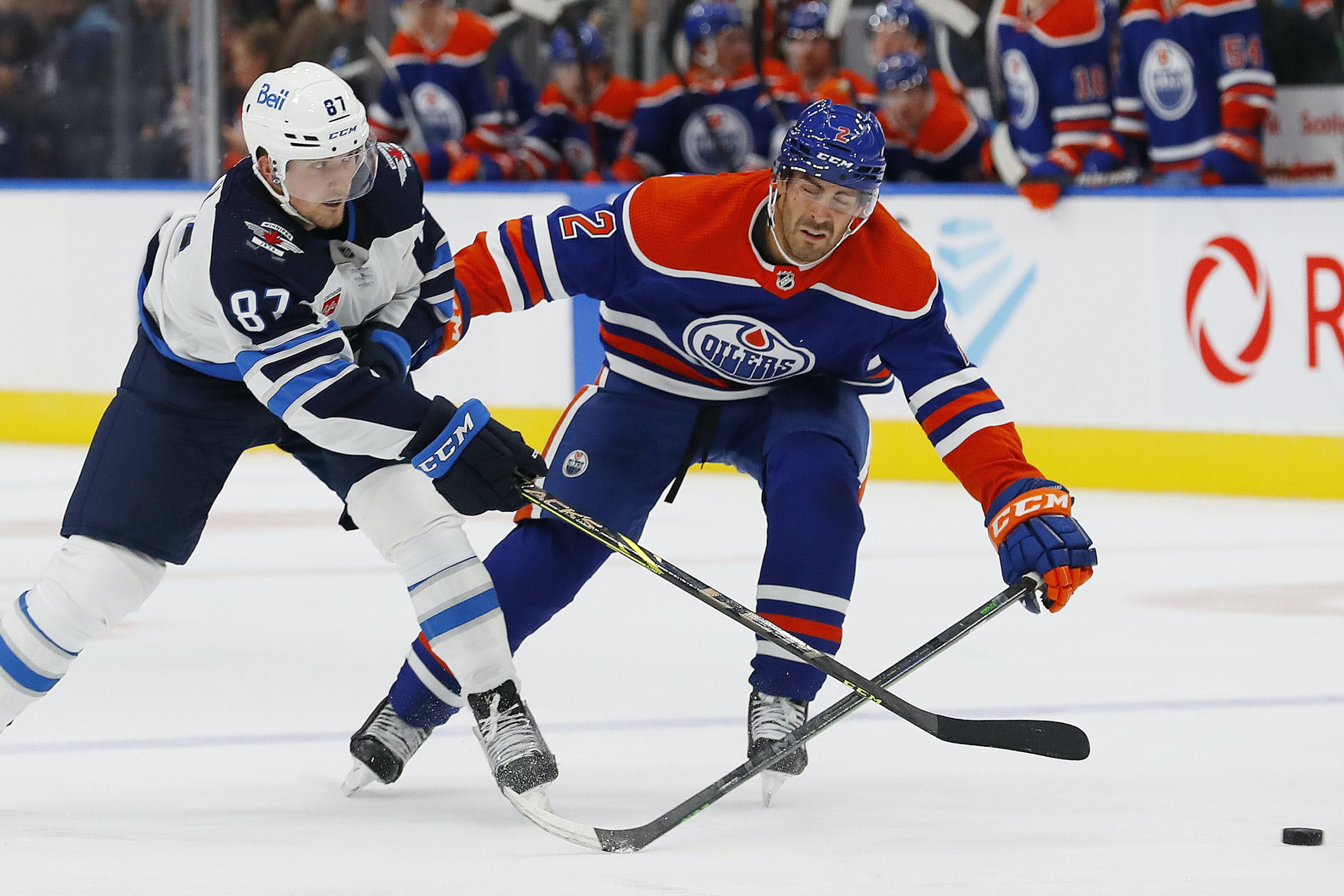 By Zach Laing
1 month ago
There appear to be no conversations between the Edmonton Oilers and Evan Bouchard when it comes to a potential contract extension, Daily Faceoff’s Frank Seravalli said.
Seravalli hopped on Oilersnation Everyday alongside Tyler Yaremchuk Wednesday and just before he did, Yaremchuk and Liam Horrobin were discussing who could be 20 goal scorers.
Horrobin made mention that Bouchard is a player who could get there this year and while Seravalli said it might be a tough mark to hit, it could mean the Oilers want to lock him up.

Wouldn’t that mean you’d like to get a contract extension done with Evan Bouchard before the season starts before it potentially gets more expensive? I actually happened to check in on that a few days ago, and I’m told there has been very little progress made, in fact, no progress made up to this point on an extension between the Oilers and Evan Bouchard.
Like I said, you’d probably want to get that done sooner rather than later.

Bouchard, 22, is entering the final year of his entry-level contract and is eligible to sign an extension at any point in time. Last year was his first full year in the league, and despite limited powerplay time, he put up 12 goals and 43 points in 81 games. Among all defencemen in the league last year, Bouchard finished eighth in 5×5 scoring with 31 points.

Flames to the finals?

Speaking of Seravalli, he dropped his annual 32 Bold Predictions article at Daily Faceoff on Wednesday, where he predicted the Calgary Flames would make it to the Stanley Cup Finals.

We’ll revel in another two-week run of hockey’s best drama in the Battle of Alberta, this time with the Calgary Flames avenging last year’s five-game loss. With the additions of Huberdeau, Kadri and MacKenzie Weegar, the Flames will be better suited for playoff success, and they’ll advance to the Stanley Cup Final for the first time since 2004.

That’s a bold one, to say the least. I think the Flames are going to be a fine team this year, and a playoff team without a doubt. I, however, am tepid as to just how good this team will be.
The top end talent will be good, no doubt. Jonathan Huberdeau, Elias Lindholm, Nazem Kadri, MacKenzie Weegar and Jacob Markstrom are about as good of a group as you can find across the league. Beyond that, I’m not sold.
Calgary is going to need Andrew Mangiapane and Dillon Dube to take big steps forward this year, and Tyler Toffoli and Blake Coleman will need to continue to be effective players.
Above all else, their head coach Darryl Sutter is going to need to learn to make adjustments. When the Oilers and Flames met in the playoffs, I was shocked by how little adjustments the Flames coaching staff made to what the Oilers were doing.

Another one of Seravalli’s predictions: Evander Kane scoring 40 goals.

After resurrecting his career, Oilers forward Evander Kane will net a career-best 40 goals in Edmonton. He is the best pure stylistic fit on the planet to play with Connor McDavid.

This one makes a ton of sense, and seems like a no-brainer prediction — so long as Kane stays healthy. He appeared in 43 regular season games scoring 22 goals while leading the playoffs in goal scoring with 13 in 15 games.
He’s going to score in bunches this year.
Zach Laing is the Nation Network’s news director and senior columnist. He can be followed on Twitter at @zjlaing, or reached by email at zach@oilersnation.com.