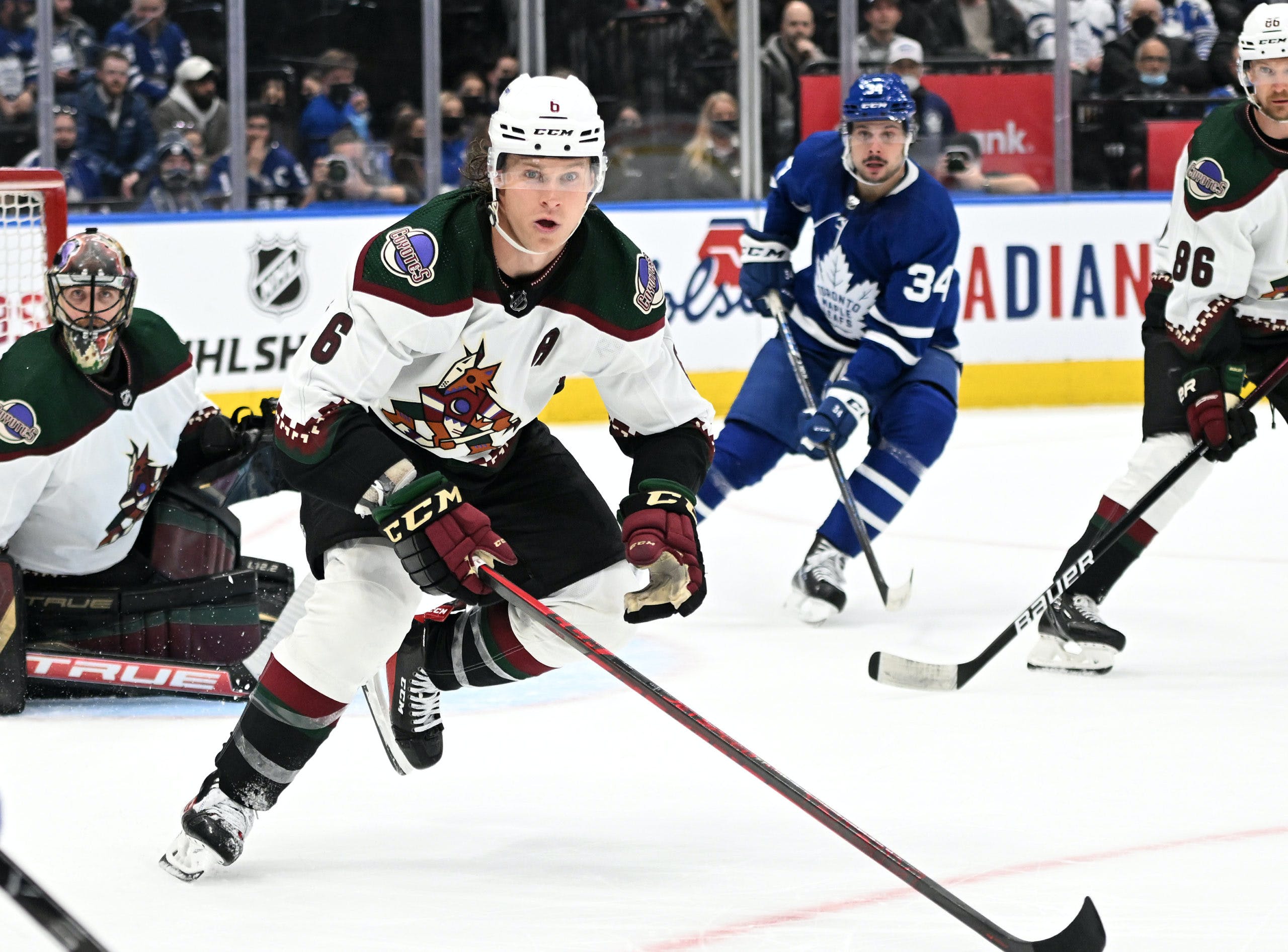 By Zach Laing
2 months ago
We’ve seen some more news trickle out about the potential of the Edmonton Oilers trading for Jakob Chychrun.
Sportsnet’s Mark Spector and The Athletic’s Daniel Nugent-Bowman both reported the Oilers may not be very active in talks.
To be frank, this is a mistake and could be a missed opportunity for the Oilers. I like Philp Broberg as a prospect quite a bit and think he has a solid ceiling as a good second-pairing defenceman down the road. We don’t, however, know if this is even attainable for Broberg as a prospect.
I always think about the episode of Family Guy where Peter is given the option to either get a boat, or a mystery box. The boat is Jakob Chychrun. The mystery box is Philip Broberg.

The Vancouver Canucks have parted ways with new analytics hire Rachel Doerrie.
Hired this past offseason, it was reported a few weeks back she would, on top her analytics work, take a role on the Canucks coaching staff.
Here’s some of what our colleagues at CanucksArmy wrote:

Doerrie was hired by president Jim Rutherford to join the club’s analytics department in late January 2022, but worked remotely from her home in Toronto before moving out to Vancouver at the beginning of September.
Just days before training camp in Whistler, Canucks head coach Bruce Boudreau brought Doerrie’s name and new role on his coaching staff up while speaking with reporters ahead of the team’s annual Jake Milford Charity Invitational Golf Tournament at Northview Golf and Country Club in Surrey.
This, according to a report from The Province’s Patrick Johnston:
Boudreau was asked about his meetings over the past couple of weeks with his new coaching staff and in his response, mentioned new video coach Dylan Crawford and then also Doerrie, who he identified as Crawford’s assistant.

The Montreal Canadiens are waiting to see if forward Josh Anderson will develop spidey senses or the ability to shoot webs after he was apparently bit by a spider.
He’s missed time during training camp, but skated Friday in Brossard, Que. with the team.

This is a weird one.
Apparently, the Toronto Maple Leafs are considering playing Mitch Marner on defence? Yes, you read that right.
“There could be opportunities in games where we might want to give him a look on defence,” Leafs head coach Sheldon Keefe said, as transcribed by TSN. “Whether we’re trying to score a goal or playing from behind or whatever the case might be. That’s something we’ll continue to look at through the preseason and make a determination from there on how we might use it.”
Marner apparently took reps alongside defenceman Morgan Rielly at practice this week and TSN reported that William Nylander took reps on offence alongside Auston Matthews and Michael Bunting.
Zach Laing is the Nation Network’s news director and senior columnist. He can be followed on Twitter at @zjlaing, or reached by email at zach@oilersnation.com.