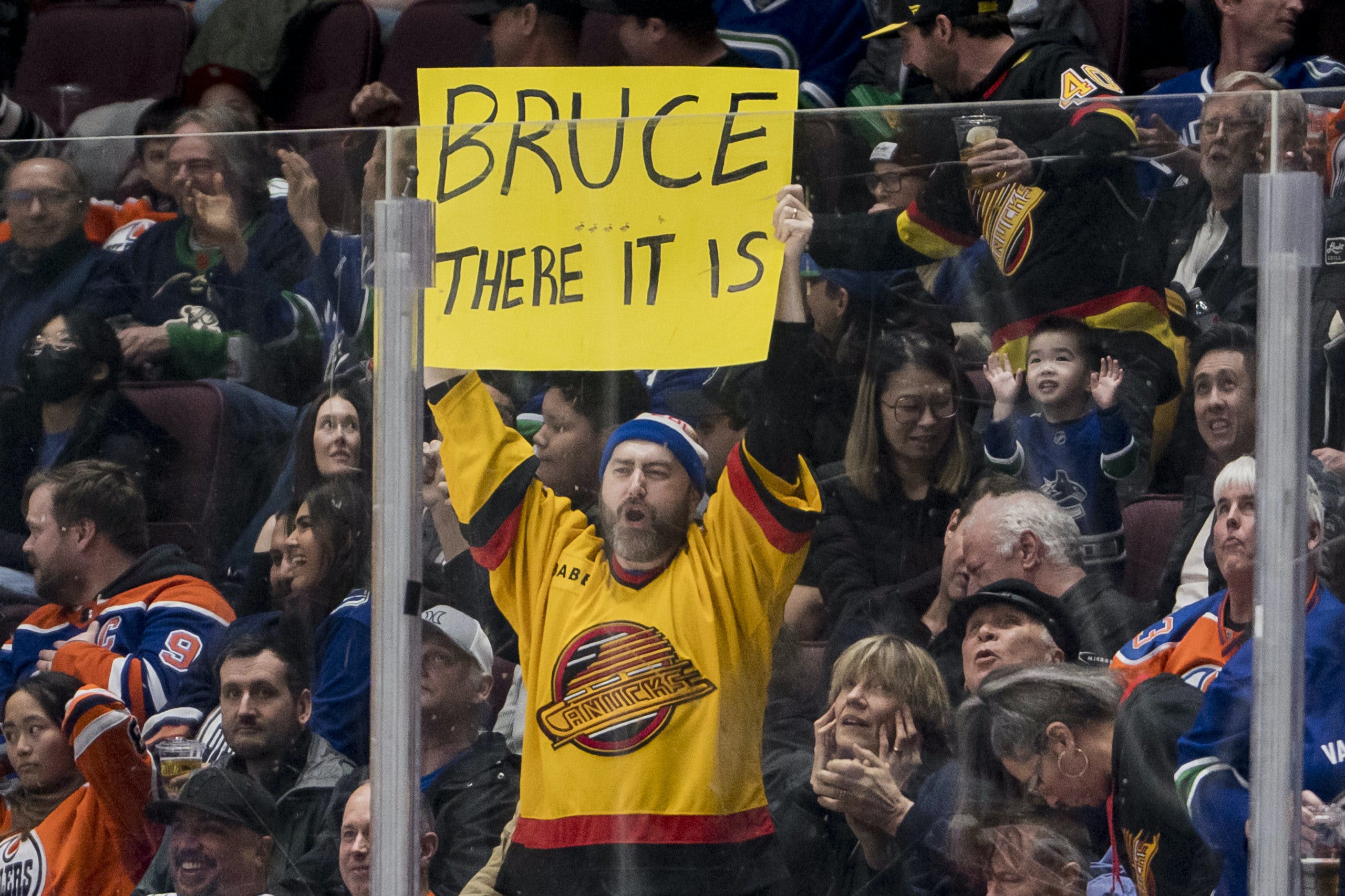 By Zach Laing
3 days ago
There are few bigger storylines around the NHL right now than that of the Bruce Boudreau saga.
Rumours of Boudreau’s demise behind the bench of the Vancouver Canucks have swirled for over a month now and after Saturday night, it all came to ahead. We saw the scenes in Vancouver during and after the Oilers’ 4-2 win and they were tough to watch.
“Bruce there it is!” rang through the building. Fans brought signs supporting the beloved bench boss and after, we all saw him soak in what could be his final games behind the bench as a head coach.
Quite frankly, the whole story is nothing short of a slap in the face not only to Boudreau but the Vancouver market as a whole. Boudreau came in last season to replace Travis Green behind the bench and did so admirably, but I have a hard time thinking that this season’s faults should fall on him. This Canucks team is poorly constructed.
Their defence is a sore spot, to say the least, and Quinn Hughes can only do so much. The organization overpaid for Oliver Ekman-Larsson, who is clearly far from the defenceman he once was. Luke Schenn is a fine defenceman, but is playing up the lineup and Tyler Myers? Yikes.
Up front things are bleak too. The J.T. Miller situation is untenable, and there’s more than enough weak players up front. Bo Horvat will be on his way out despite a career year, and while Elias Pettersson has taken big steps forward, he can’t do it all.
It really feels like Boudreau was set up to fail this season and the Canucks have done him nothing short of dirty but having things play out the last month as they have. It’s been rumoured that Rick Tocchett, who was officially named head coach Sunday, had been in talks to join as far as a month back, and that doesn’t help things. Bruce was a dead man walking.
And what kind of a message does it send to the fanbase and others around the league? Tocchett has a .475 points percentage through this six years as a head coach and has only been in the playoffs once — the 2019-20 season when the Coyotes were knocked out in the second round by the Colorado Avalanche. He doesn’t exude confidence as someone who can get this ship righted.
Things are ugly in Vancouver, to say the least.

Things are coming up Edmonton as the Oilers have risen up the Daily Faceoff weekly power rankings.
The team has climbed up to the 11th ranked team after previously sitting 16th. Here’s what Scott Maxwell wrote about where the Oilers are at:

Oilers forward Zach Hyman has been named the NHL’s first star of the week. In three games played this last week, he scored four goals and nine points with multi-point outings in all three games.
Hyman scored a goal and two assists in the Oilers’ 5-2 win over the Seattle Kraken, then followed it up with a two goal performance in a 5-3 win over the Tampa Bay Lightning last Thursday. Against the Canucks Saturday, Hyman capped off the week with a goal and four points chipping in on each of the Oilers’ goals en route to a 4-2 win.
Zach Laing is the Nation Network’s news director and senior columnist. He can be followed on Twitter at @zjlaing, or reached by email at zach@oilersnation.com.
Featured
Nation Takes
News
Oilers Talk
Recent articles from Zach Laing