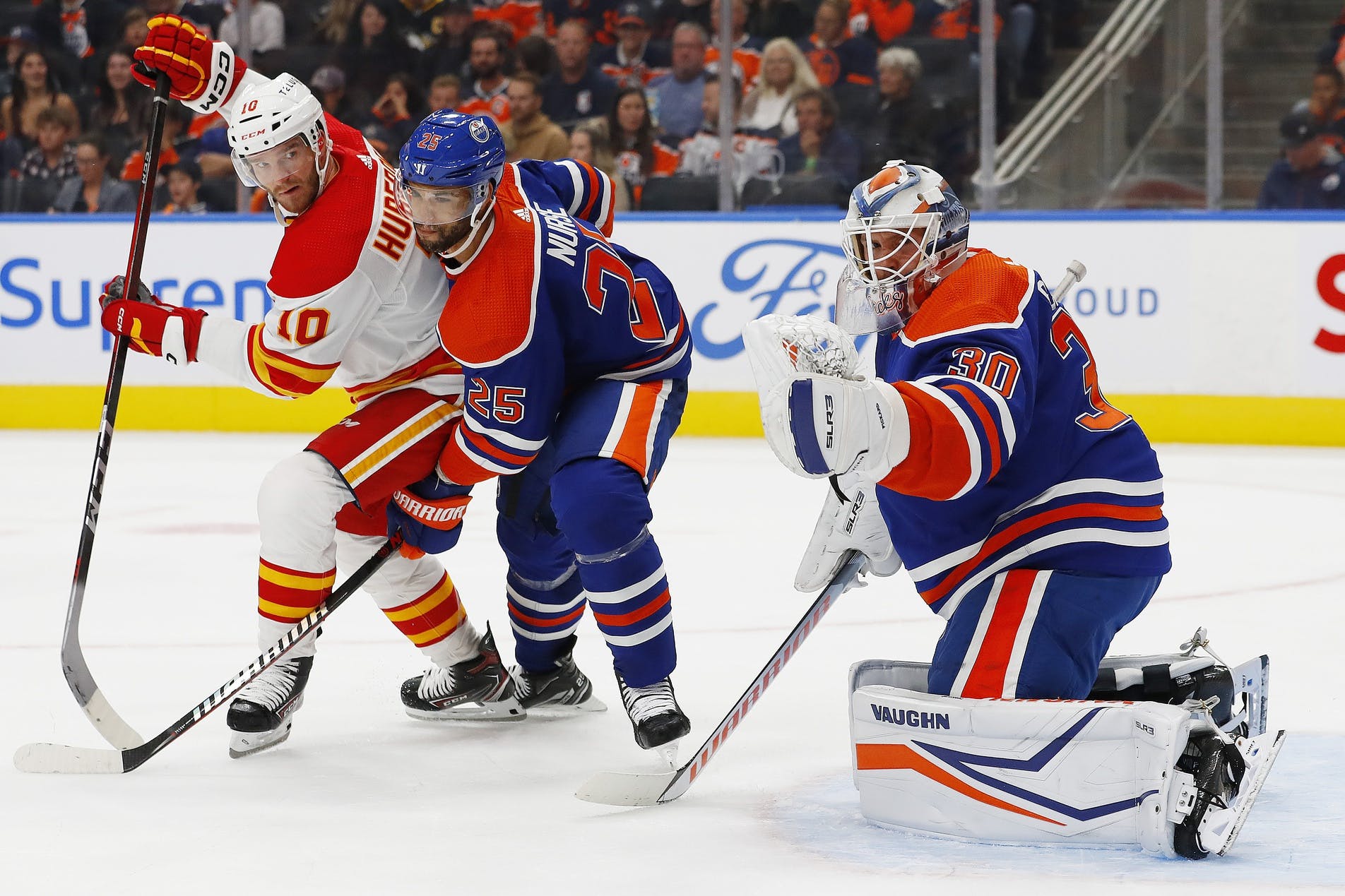 By Zach Laing
2 months ago
Edmonton Oilers forward Tyler Benson returned to practice Friday.
Benson, who missed the start of the year with a lower-body injury, got placed on the LTIR ahead of the season. Now, he’s back skating with the Oilers.
He filled in for Evander Kane on the Oilers’ second line and while there’s nothing official on when he can return, he’s eligible to return from LTIR at any point. Benson had a strong pre-season and training camp with the Oilers and was a likely candidate to make the big club.
It’ll be interesting to see how the Oilers manage their fourth line when he is back and healthy.

Nurse named one of the best shutdown defeceman

It’s no surprise then that Slavin shined through in our Archetype Rankings as the No. 1 Shutdown Defenseman in the NHL. Slavin is such a presence in his own end that he honestly deserved consideration to fall into the Franchise Player category, since each player can only be slotted into one archetype classification bucket. Only three defensemen made the cut: Makar, Roman Josi and Victor Hedman – all Norris winners.
The goal of the exercise was to eliminate consideration of puck-moving ability and point production, to purely focus on defensive zone play. We defined the Shutdown Defenseman as: “Utilizing a combination of reach, awareness and skating ability, shutdown defensemen are stout on zone entries, limit time and space for opposition and effectively limit scoring chances and extra chances.”
With that definition serving as our guiding light, and the help of five anonymous NHL front office executives, here are Daily Faceoff’s Top 20 projected Shutdown Defensemen for the 2022-23 season, with their league-wide rank from last season in these categories:

The Boston Bruins signed defenceman Mitchell Miller to a three-year entry-level contract Friday. Miller, 20, was taken by the Arizona Coyotes in the 4th round of the 2020 draft, but the selection was renounced after it came to light that the player bullied an intellectually disabled Black kid in the eighth grade.
Zach Laing is the Nation Network’s news director and senior columnist. He can be followed on Twitter at @zjlaing, or reached by email at zach@oilersnation.com.
Featured
Nation Takes
Oilers Talk
Recent articles from Zach Laing