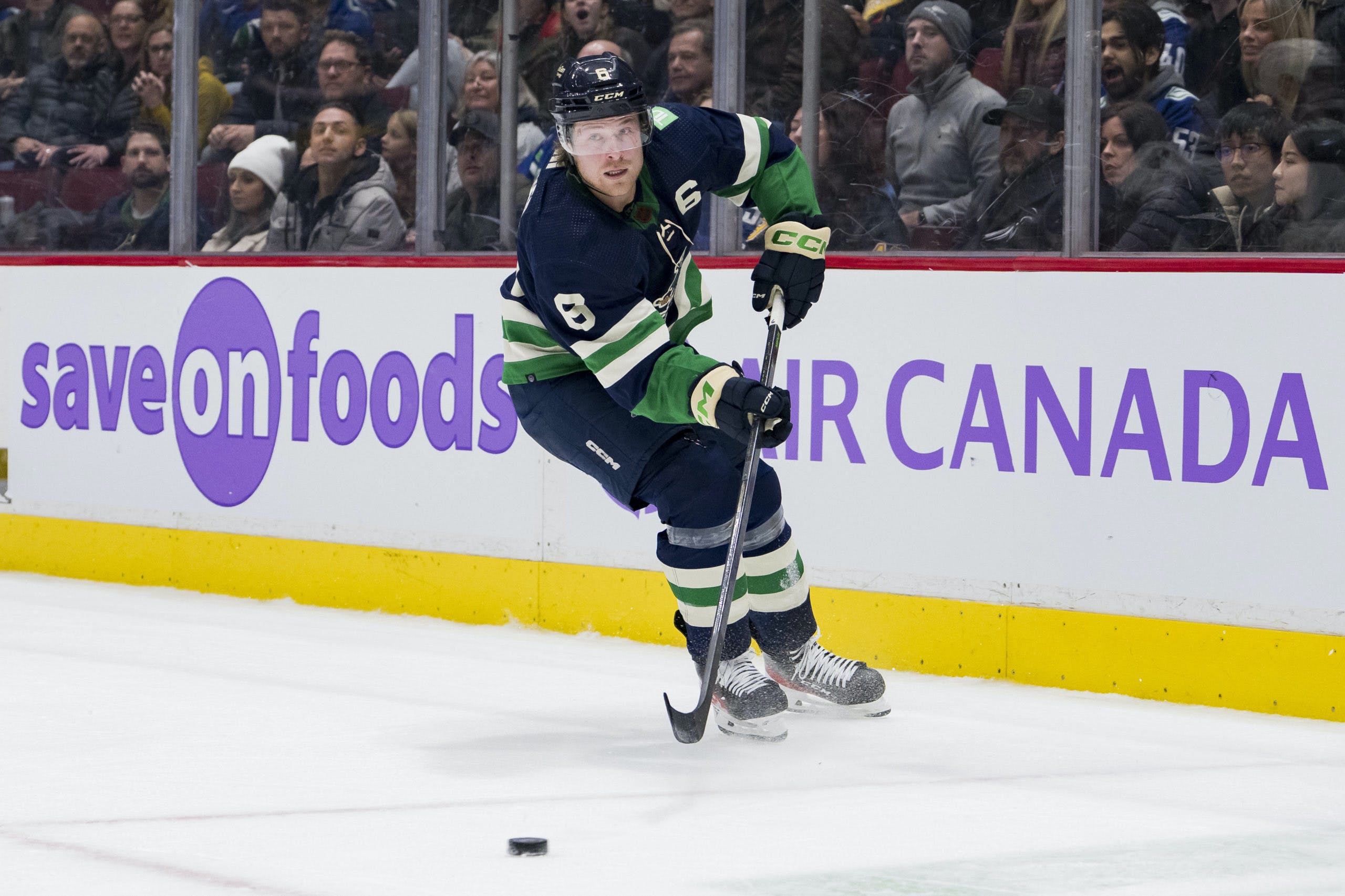 By Zach Laing
1 month ago
The Vancouver Canucks have given forward Brock Boeser permission to seek a trade.
This, according to Sportsnet’s Elliotte Friedman, after a strange Saturday for the veteran forward. This is what Friedman reported last night on a Hockey Night in Canada version of 32 Thoughts:

It’s Hockey Fights Cancer Night in Vancouver as the Canucks play the Arizona Coyotes and everybody’s thinking about Duke Boeser. Brock Boeser won’t play tonight in that game, the team’s not commenting and his representatives aren’t commenting but, from what we understand, Boeser’s representatives have been given permission to talk to other teams about a potential move. Boeser’s been struggling, obviously, he’s got to be better, but I think they’re coming to a realization here that maybe it’s time to explore this. So, I don’t know where it’s going to go, but I do think Boeser’s representatives have permission to talk to other teams, although, at this point in time, the team and the agents have not confirmed.

Heading into last night’s game, Boeser was slated to be a healthy scratch, however, he eventually dressed and scored the game-tying goal that forced overtime.
Drafted and developed by the Canucks out of the 2015’s drafts first round, the 25-year-old has appeared in 343 games scoring 125 goals and 271 points. This past offseason, Boeser signed a three-year $6.5-million extension with the team.

Mitch Marner will forever be in the Toronto Maple Leafs’ record book as on Saturday night he scored a point in his 19th straight game. It surpassed the 18-game scoring streaks held by Darryl Sittler and Eddie Olczyk.
Over the course of the streak, which dates back to Oct. 27th, he’s scored eight goals and 25 points.

St. Louis Blues head coach Craig Berube ripped Jordan Binnington Saturday night after the testy goaltender got his team in trouble.
Late in the first after giving up three goals, he stuck out his glove and clipped a passing Jason Zucker, who crashed hard into the boards, with the incident going uncalled. Binnington got chased from the net early in the second after giving up goal number four, and jawed at the Penguins’ bench earning a 10-minute misconduct.
“It’s got to stop. It doesn’t help anything,” said Berube after the game. “Just play goal, stop the puck.”
Zach Laing is the Nation Network’s news director and senior columnist. He can be followed on Twitter at @zjlaing, or reached by email at zach@oilersnation.com.
Featured
Nation Takes
Oilers Talk
Recent articles from Zach Laing