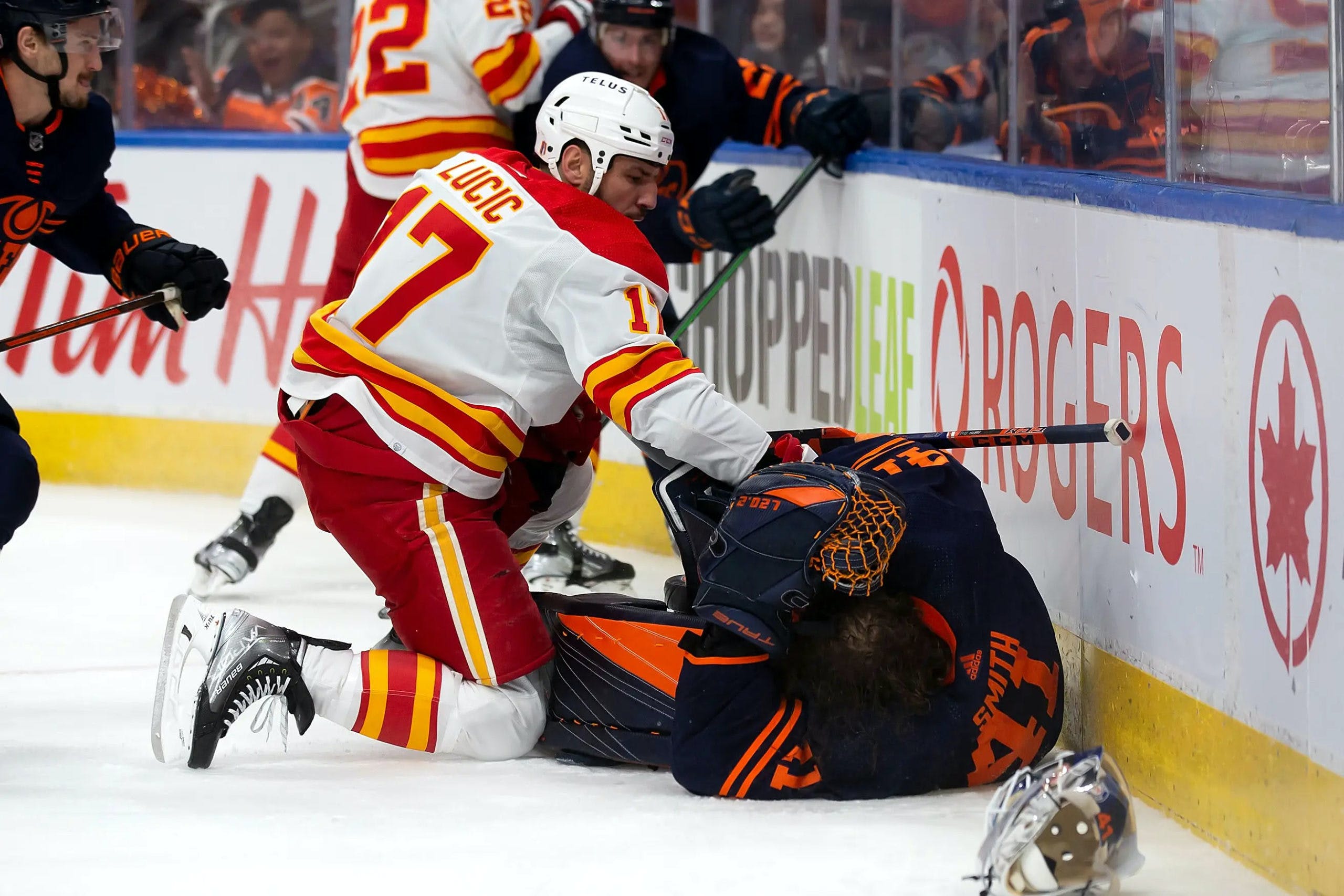 By Zach Laing
6 months ago
There will be no supplemental discipline for Calgary Flames forward Milan Lucic for his hit on Edmonton Oilers goaltender Mike Smith.
The incident happened 8:35 into the third period of Sunday night’s game three.
Lucic forechecked into the Oilers’ zone and Smith came out of his crease to play the puck. Behind and to the right of the net, Smith went to play the puck on his backhand, only for Lucic to bowl over him into the boards.
A massive scrum ensued and while Smith left the came to be checked in concussion protocols, he returned to the game. Lucic, meanwhile, was issued a five-minute major for charging and a game misconduct, ending his night early.
While the hit initially looked violent and intentional, Lucic wasn’t able to control himself on his skates and while he did let up on Smith at the last minute, he couldn’t do anything to avoid the collision. You can make the argument that those factors are enough to warrant supplemental discipline, but Smith did also put him in a vulnerable position.
Truth be told, it appears the NHL seems content with the five and a 10 that Lucic got.
Zach Laing is the Nation Network’s news director and senior columnist. He can be followed on Twitter at @zjlaing, or reached by email at zach@oilersnation.com.
Nation Takes
News
Oilers Talk
Recent articles from Zach Laing