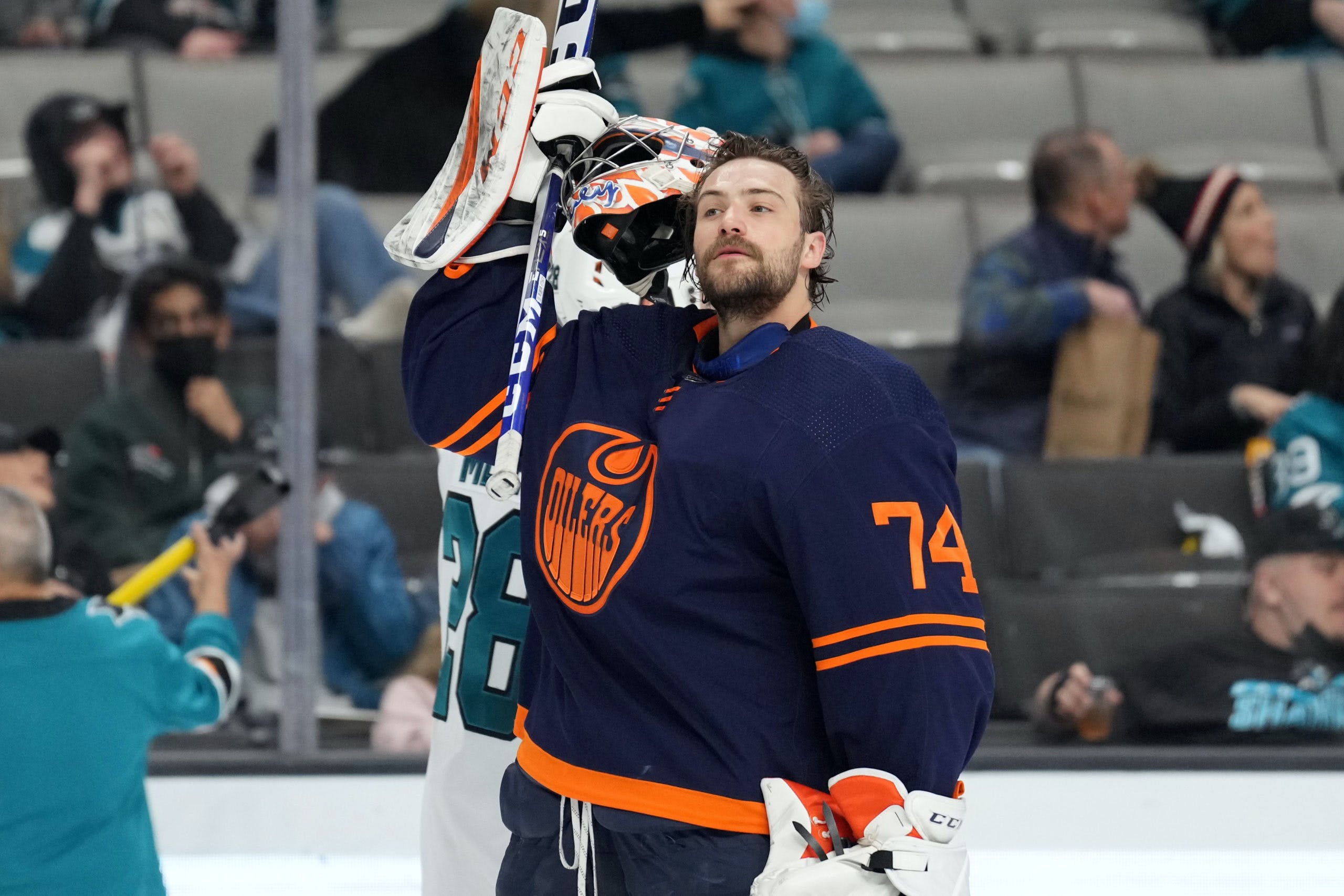 By Robin Brownlee
3 months ago
There’s a small segment of the Edmonton Oilers fan base – every fan base, actually — for whom it is never too soon to panic, for whom even a ripple of trouble means the sky is falling. With the Oilers having a win and a loss as the Buffalo Sabres come calling Tuesday, we’re already hearing some of that.
With a 5-3 win over Vancouver and a 4-3 loss to Calgary in the books, I’m not talking about those who’ve voiced concerns over slow starts in both games. The Oilers trailed 2-0 after 2:40 vs. the Canucks and 3-0 just 39 seconds into the second period. In the loss to the Flames Saturday, the Oilers were down 4-1 after just 10:18. That’s not a game plan and it’s not new. The Oilers played from behind too often last season as well. That has to change.
I am talking about you if you have already uttered the term “goaltending controversy.” I’ve heard and read it more than once since Stuart Skinner came on for Jack Campbell against the Flames and stopped all 31 shots he faced after Campbell allowed four goals on 11 shots. Soup has a 5.98 GAA and .851 save percentage after TWO games.
Likewise, if you’re convinced the Oilers need to make a trade to bolster the blueline to be competitive in the wake of these two lousy starts, I think you’re getting ahead of yourself. Is there room for improvement? Sure. Always. Does that mean GM Ken Holland should take a run at Arizona’s Jakob Chychrun, as has been suggested by one writer covering the Oilers? I don’t think so. It makes more sense to tweak the blueline by bringing up Markus Niemelainen from the AHL, which is likely. 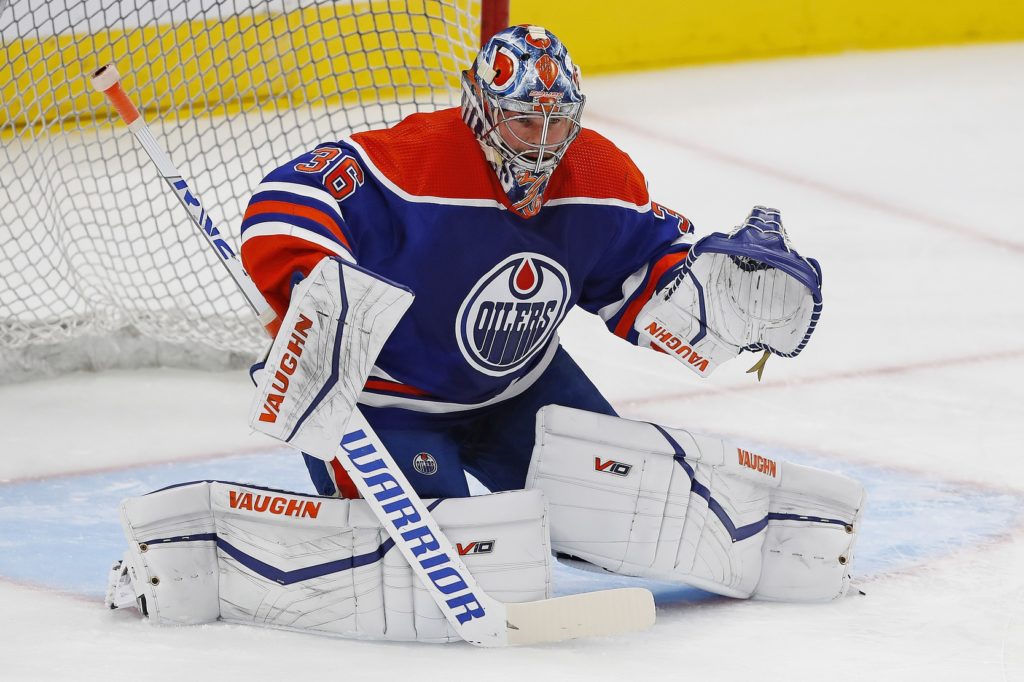 Oct 7, 2022; Edmonton, Alberta, CAN; Edmonton Oilers goaltender Jack Campbell (36) makes a save during warmups before the game against the Seattle Kraken at Rogers Place. Mandatory Credit: Perry Nelson-USA TODAY Sports
I’m not sure exactly what coach Jay Woodcroft can do about coaxing better starts from his line-up, but he has to try. I also don’t think Woodcroft can ignore that his pairing of Evan Bouchard and Ryan Murray struggled against the Flames, but I don’t see that as meaning Holland needs to make a trade, especially a big ticket one like Chychrun. We’ll see Niemelainen. As for Skinner being sharp in relief of Campbell, that’s what you want, no? I’m not seeing any controversy there.
“I see what everyone sees,” Woodcroft said of his team’s inability to get started. “Which is we’re putting ourselves behind in games. Obviously, that’s not our plan heading into a game . . . when you put yourself down the way we did, it’s too big of a hill to climb after being down to that team 4-1.”
“None of (the goals) are his fault at all,” Cody Ceci said of Campbell. “It was more of a thing to wake us up to get Skinner in there,” Ceci said. “Stuart played great for us, but we kind of left Soup (Campbell) out to dry. I feel bad for him because he’s such a great guy and he’s playing great for us.”
Campbell shook off the two early goals against Vancouver and finished with 33 saves as the Oilers scored five straight goals to win it going away. Saturday, Skinner took the cage and he was outstanding, blanking the Flames after Campbell got the hook. That’s exactly what you want from your backup. Skinner will get the net against the Sabres.

I find the “goaltender controversy” a bit of a lazy hook at the best of times, and that’s especially true after two games. Move along, nothing to see here.
Editorials
Featured
Recent articles from Robin Brownlee