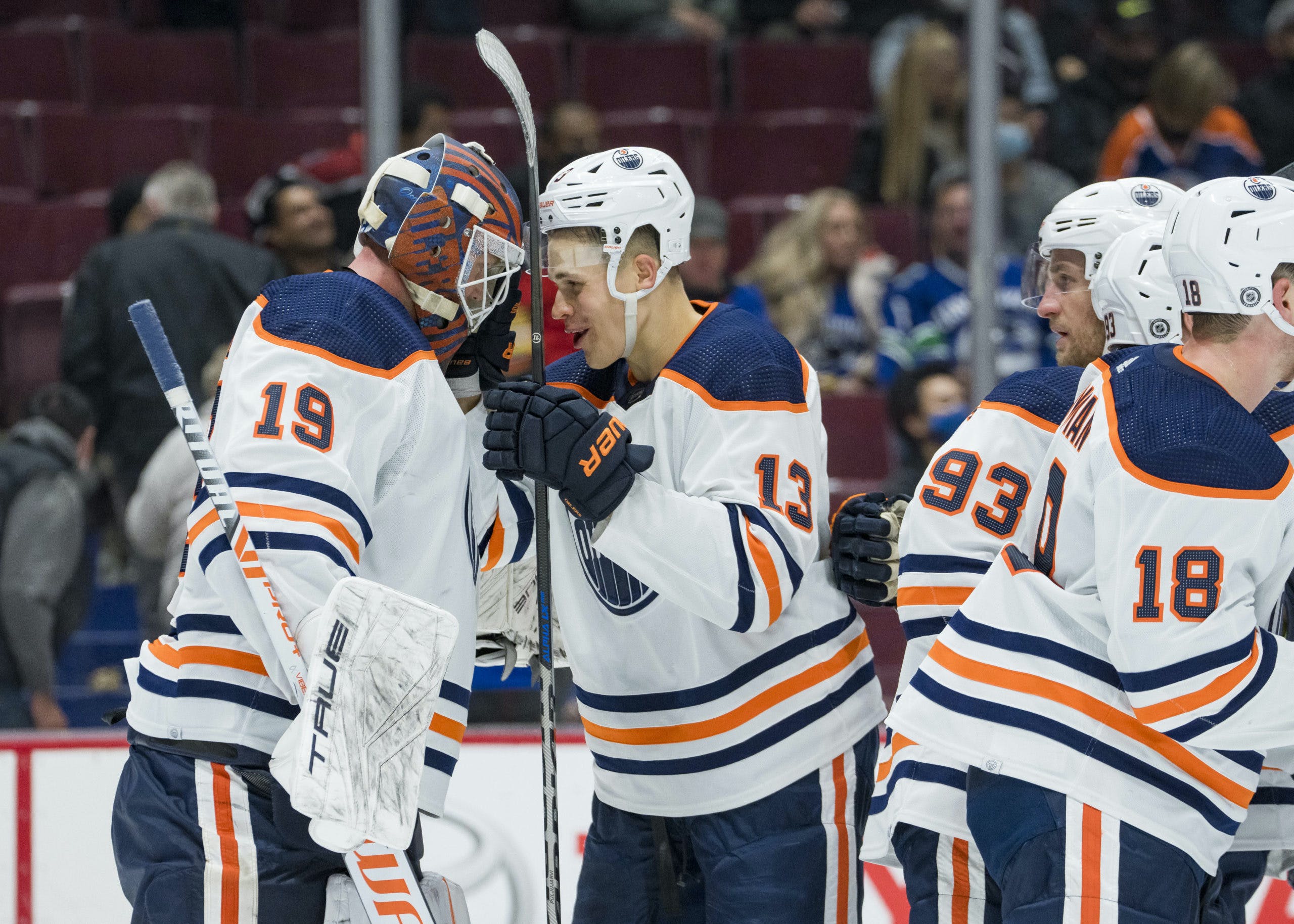 By Robin Brownlee
11 months ago
There was much to like about the Edmonton Oilers’ 5-2 win over Columbus Thursday to end a six-game losing streak. Aside from getting some depth scoring from Derek Ryan, Brendan Perlini, and Warren Foegele, stopper Stuart Skinner provided some stellar goaltending. Then there was Jesse Puljujarvi. He was at the top of my list going into last night’s game against the Kraken in Seattle.
Emphasis on was. Puljujarvi will have to wait to build on his performance against the Blue Jackets – he scored two power-play goals and chipped in an assist – because he was added to a growing list of Oilers’ staff and players in COVID protocol (more on that later) Saturday afternoon before the Oilers skated to a 5-3 decision.
While it’s understood Puljujarvi’s health, and that of all players and personnel impacted by COVID, is the important issue in the bigger picture, this represents an unwanted break in what’s been a great start to the season for the big Finn.
Puljujarvi, 23, sits at 10-13-23 through 28 games. That’s just two points back of the 15-10-25 he compiled in 55 games last season. When COVID came calling, Puljujarvi was looking capable of something in the range of 25 goals and 65 points this season.
Honestly, even putting aside what we know about Puljujarvi’s first stint here — how went home to play in the SM-Liga, then returned to the Oilers the better, more mature player we got a glimpse of last season — how do you not like this kid? Not just for the Bison King bit, the Gene Simmons tongue, a dopey grin and an infectious personality, but for the player he’s becoming.
Players like Puljujarvi don’t grow on trees, and we haven’t seen the best of him yet. While he’s already a handful for opposing defencemen around the net, Puljujarvi isn’t done developing physically, which was been obvious as we’ve watched his confidence grow by the game. There’s more here. We’ll get back to that after this latest interruption. 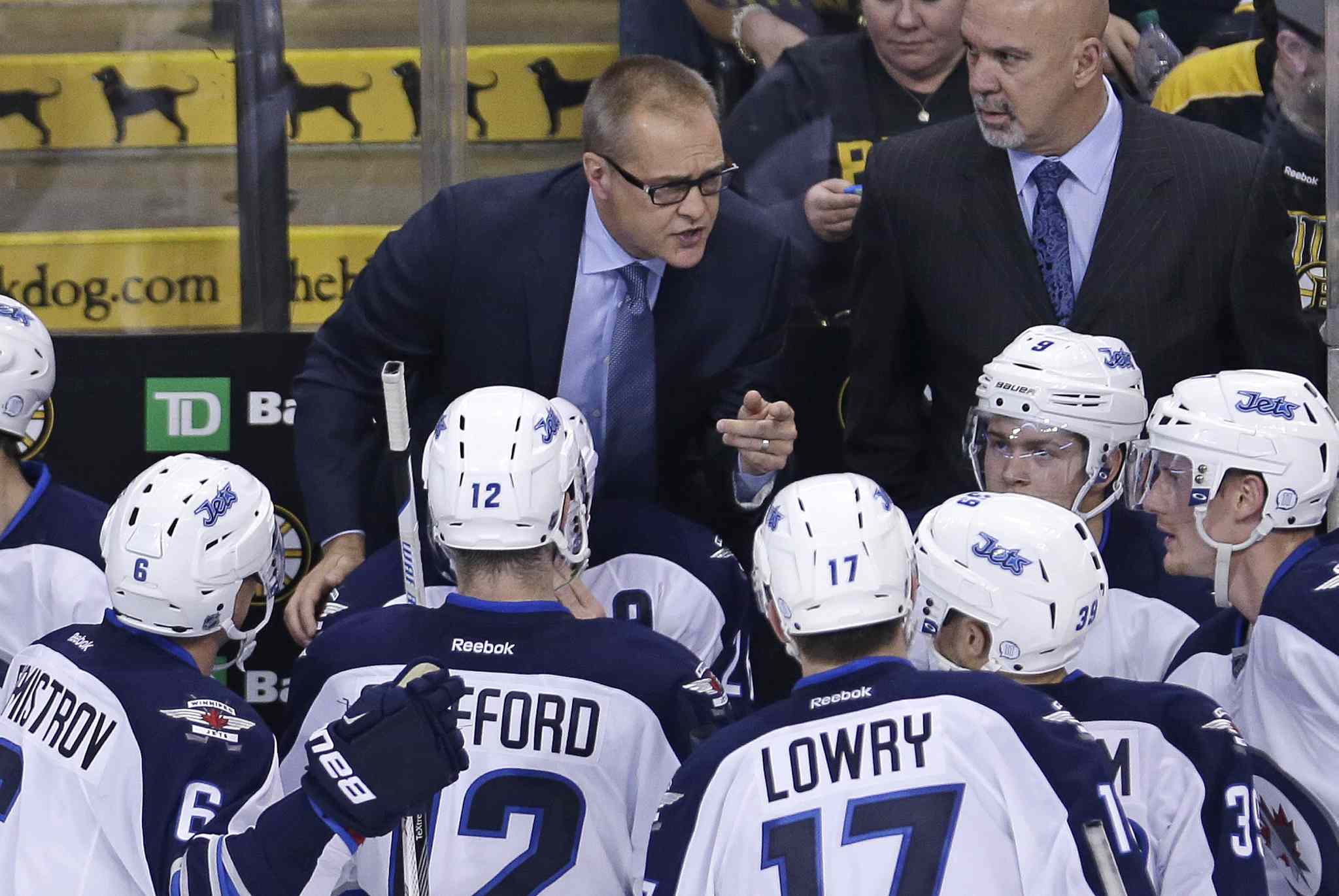 If there’s another guy who has voluntarily stepped away from an NHL head coaching gig for the reasons Paul Maurice resigned from the Winnipeg Jets Friday — he felt the team needed a new voice — I can’t think of who it was. It certainly hasn’t been done with as much class as Maurice showed. Some might say it was Craig MacTavish with the Oilers in 2009, but not so. GM Steve Tambellini and MacT agreed it was time for him go. That’s a diplomatic way of saying he got fired.
“This is a good team. I’m a good coach,” Maurice said. “But sometimes when you take over a team, it’s like you’re starting at the bottom of a mountain and you’re pushing a rock up to the top and you’re only able to get it to a certain place. And that’s where I feel I’m at. And if you would allow me some arrogance, I would say that I’m better positioned than anyone to know that they need a new voice.” The initial news item is here.
Maurice, 54, is one of the most compelling coaches I’ve known. For road games during Maurice’s many years in Carolina, those of us travelling with the Oilers would always head into his office at the rink. Long after the interviews were done, as often as not we’d sit around just talking hockey. In that regard, Maurice is like Ken Hitchcock. Both live and love the game. Both are career coaches.
As I’ve referenced more than once, I’ve known Hitchcock since 1985, when he was coaching the Kamloops Blazers. Hitch today sits fourth in NHL career coaching wins at 849. Two spots down in sixth place sits Maurice with 775. As an aside, Friday, the day that Maurice stepped down, was Hitchcock’s 70th birthday. 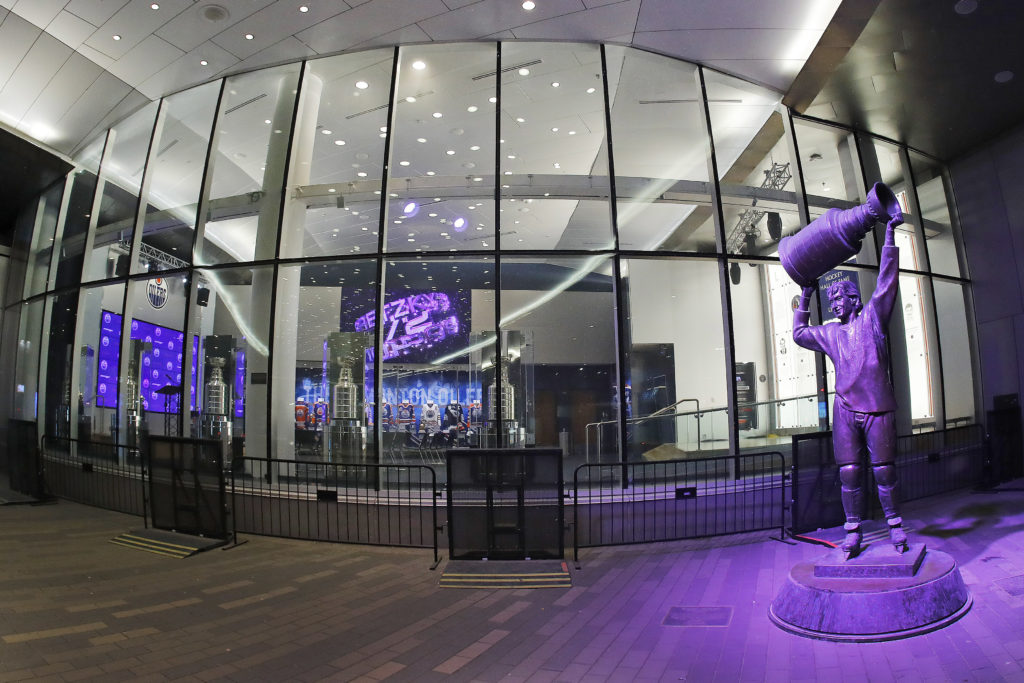 Mar 13, 2020; Edmonton, Alberta, CAN; The statue of Wayne Gretzky watches over an empty Rogers Place as the NHL suspends games because of the COVID-19 outbreak at Rogers Place. Mandatory Credit: Perry Nelson-USA TODAY Sports
I can’t imagine there’s one person out there who isn’t done with COVID, who isn’t sick and tired with how it’s turned things upside down and disrupted our lives. The problem is, even as we approach 2022, it clearly isn’t done with us.
On Saturday morning, the NHL announced enhanced COVID measures. With several teams already having games postponed through the holiday break and the Calgary Flames one of the teams hit hard in terms of players and personnel impacted, the Oilers were shorthanded when they jetted to Seattle before the Puljujarvi announcement was made.
Coach Dave Tippett was the first into COVID protocol, followed by Ryan McLeod, Devin Shore, Ryan Nugent-Hopkins and then Duncan Keith. Then came Puljujarvi. That left the Oilers without their top three left wingers – Puljujarvi, RNH, and Zach Hyman (injured). They’re also without Markus Niemelainen, on IR with a hand injury. Roster juggling included a call to AHL Bakersfield for Cooper Marody and Seth Griffin.
Can the NHL avoid another league-wide shutdown or a drastic change in format/alignment and still get a handle on the Omicron variant, which, in many cases, is infecting people who have been double-vaxxed? I hope so. I fear not.