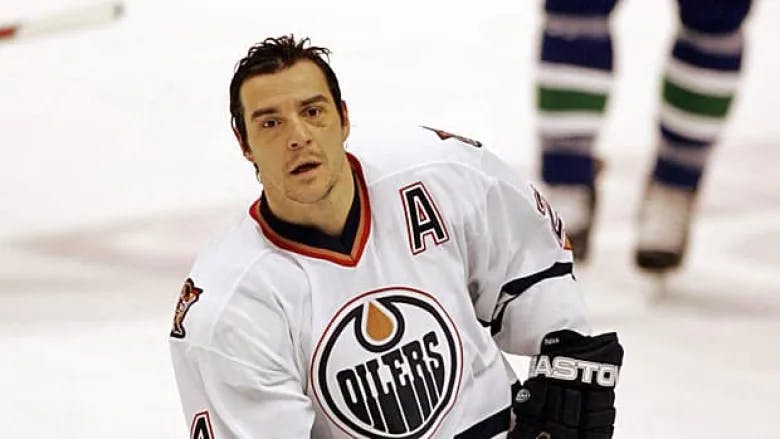 By Robin Brownlee
3 months ago
Steve Staios first made an impression on me during the 1998-99 pre-season. He and Jason Strudwick, then with the Vancouver Canucks, beat the snot out of Edmonton Oilers first-rounder Joe Hulbig on back-to-back nights. First, Strudwick speed-bagged the kid they called Joe Big in Edmonton. Staios did likewise 24 hours later in Vancouver. It was the wrong place and wrong time for Hulbig, who never got his NHL career untracked after that.
The second impression came during the 573 games Staios played with the Oilers over parts of eight seasons, 2001-02 to 2009-10. In simple terms, Staios was as honest a hockey player as you’ll ever meet. A straight shooter. He maximized every ounce of talent he had by putting in the work, by being prepared. On the ice, he was nothing fancy. Meat and potatoes. Fearless. He had a big-time work ethic.
President and GM of the Hamilton Bulldogs since 2016-17, a stint that included two OHL titles, Staios is returning to Edmonton as a special advisor with the Oilers’ hockey ops staff with a focus on player development.
Now 49, Staios, who worked in player development roles with the Toronto Maple Leafs 2012-15 before joining the Bulldogs back in his hometown, will report to GM Ken Holland.

“It’s changed so much. It really has,” Staios said of the attention and resources teams put into player development now compared to when he came into the league. “In 1991 when I was drafted, I had to search for the number of the strength and conditioning coach and reach out to him to know what I was going to dop that off-season. Nowadays, we’re on top of things like that. We do it at the junior level and pro level.
“All the resources are there for these players, so it’s changed quite a bit. We’ve learned a lot through player development – on and off-ice conditioning. It’s taken such a drastic leap toward being able to develop these players. Nutrition is another thing. Also, identifying the players with the right characteristics to be able to grow into NHL players.”
While Staios was a throwback in terms of the way he played, a product of his era, he’s all over how the game has evolved and is coached and played now. His attention to detail in developing players aside, Staios made Canadian Olympian Laura Fortino the first female assistant coach in OHL history when he hired her last August. At some point not too far down the road, Staios is going to be a manager in this league, but first things first.
This is a terrific hire. 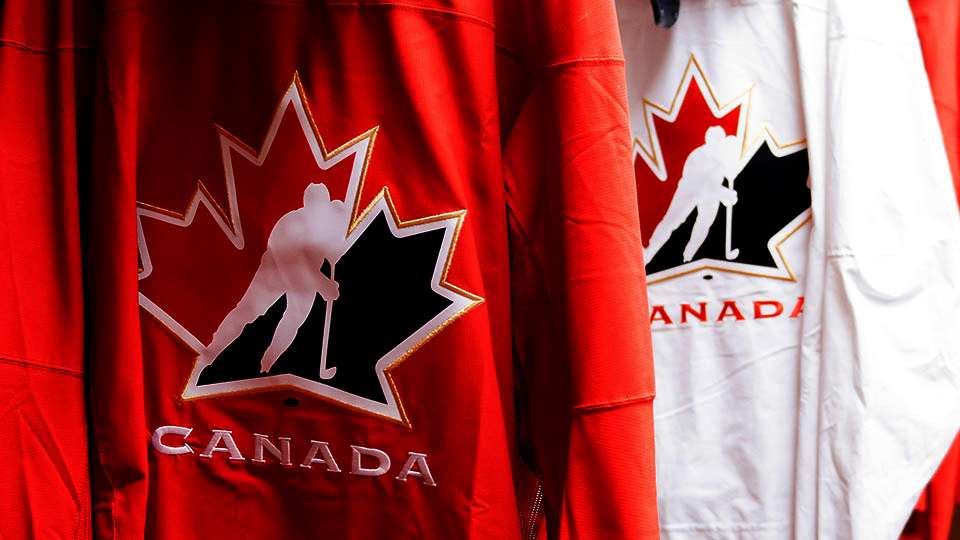 So, Hockey Canada’s stubbornness and failure to respond to calls for change in the wake of the furor created by sexual assault cases and hush money paid to keep them quiet, has the nation’s political parties directing criticism its way.
Already bleeding sponsorship money like there’s no tomorrow, Hockey Canada has politicians of all stripes agreeing on something – notably the need for change. That’s very rare indeed, with the most biting rebuke coming from Prime Minister Justin Trudeau.
“It is inconceivable that folks at Hockey Canada continue to dig in,” Trudeau said. “It’s not like there’s something extraordinarily special about the people at Hockey Canada that means they are the only people in the country that can run an organization like this. They need to realize that if we have to create an organization, get rid of Hockey Canada and create an organization called ‘Canada Hockey’ instead, people will look at doing that.”
Conservative MP Kevin Waugh called Hockey Canada’s response to calls for a change in management “arrogant,” adding: “They’ve doubled down and it’s disgusting, really.”
During last week’s committee meeting, Bloc Québécois MP Sébastien Lemire said Hockey Canada is “living in a bubble” and is “disconnected” from public opinion. NDP MP Peter Julian called Hockey Canada’s refusal to disclose information “disturbing.”
Hockey Alberta is also making noise about taking action against Hockey Canada. Associations in Quebec, Ontario, Nova Scotia and New Brunswick are already withholding registration fees.

Darryl Sutter’s multi-year extension with the Calgary Flames is good news from where I sit because he’s a damn good hockey man he adds some gamesmanship to the Battle of Alberta just when it’s actually becoming a real battle again.
Sutter, who is the reigning Jack Adams Award winner, has a record of 65-36-11 since rejoining the Flames during the 2020-21 season. His career record in Calgary is 172-109-15-26. I’m still waiting to hear from the reader who insisted that Sutter was washed up and wouldn’t move the needle when he came back. Nothing so far, but to be fair, I said the Flames would make the playoffs that season and they didn’t. 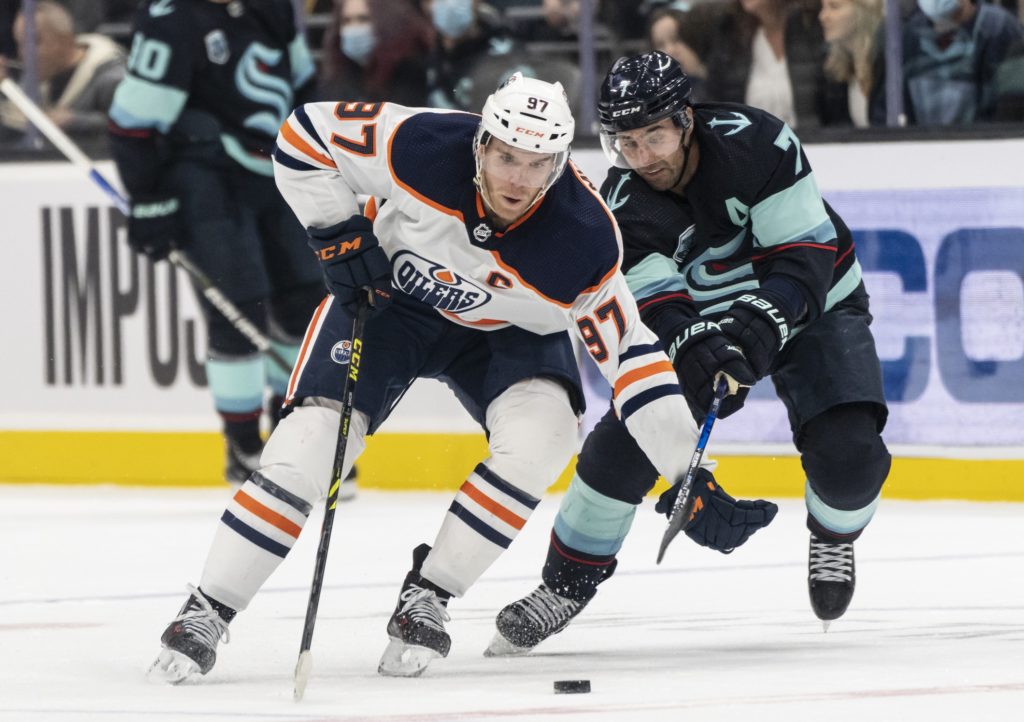 Dec 18, 2021; Seattle, Washington, USA; Edmonton Oilers center Connor McDavid (97) and Seattle Kraken right wing Jordan Eberle (7) battle for the puck during the second period at Climate Pledge Arena. Mandatory Credit: Stephen Brashear-USA TODAY Sports
Is there anything less surprising than Connor McDavid being named the top player in the NHL Top 50 by TSN for the sixth straight season? The vote was unanimous. I’m guessing he’ll be a lock again next season after he sets a career high for points in 2022-23. Here’s the top five:
Editorials
Featured
Recent articles from Robin Brownlee