By Robin Brownlee
1 year ago
Between @Mike Smith’s creaky, old bones and @Mikko Koskinen’s penchant for buckling as his workload in the blue paint grows, now would seem to be as good a time as any for hometown boy @Stuart Skinner to prove he’s ready to take over the goal crease with the Edmonton Oilers.
Instead, with Smith injured again and Koskinen having lost the confidence of his teammates as a reliable starter, it was a case of opportunity lost for Skinner at Rogers Place last night. The Ottawa Senators overcame a 3-1 deficit with five goals in the third period, including an empty-netter, on the way to a 6-4 win. All told, Skinner allowed five goals on just 25 shots (.800) to drop to 4-6-0 in an epic collapse. Not the statement or claim to the crease he was hoping to make.
The old saying is timing is everything and Skinner went into last night with an opportunity to help put the brakes on a frustrating freefall that today sits at 2-10-2. Having bounced up and down between here and Bakersfield, where he’s 6-0-2 with a 1.96 GAA and .925 save percentage, Skinner has a chance to unpack his bags and stick around if he can string some saves and wins together. What we saw in this one isn’t going to get that done.
Skinner, 23, got his first NHL win last season against the Senators despite giving up five goals in an 8-5 decision, and for 40 minutes last night it looked like he’d get another. No cigar. This one swung in a span of 7:59 in the third period as the Sens scored three goals. The 3-3 goal by Alex Formenton on a rebound came after Skinner coughed up the puck. The Oilers needed a save on the 4-3 goal by Artem Zub, who beat Skinner to the glove side.
There’s no mystery to the big picture here. Smith is 39. Koskinen’s contract is done after this season. Now is the time for Skinner to get after it. There’ll be other nights of course. This isn’t a one-and-done deal, but when you’re facing a team you swept in nine games last season, you’ve got to be better than this. A lot better.
“There’s chances that happen in a game both ways,” coach Dave Tippett said. “You can’t say they were clear-cut mistakes that we made. They just ended up in the back of our net . . . when you’re not winning, there’s frustration. You can be fragile. You’ve got to work your way out of it.” 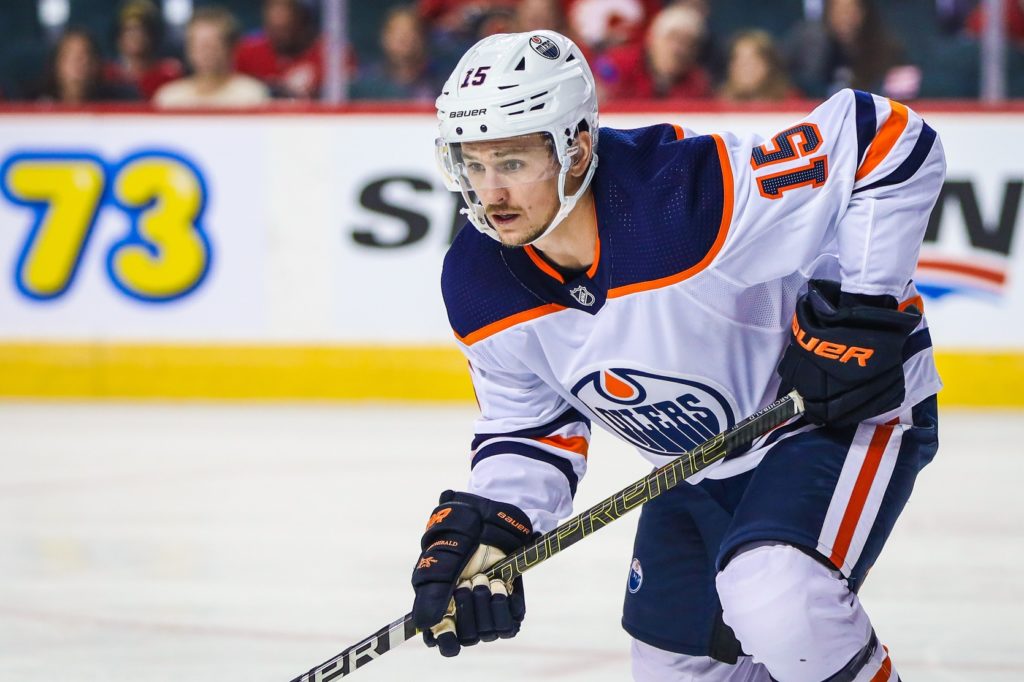 Sep 28, 2019; Calgary, Alberta, CAN; Edmonton Oilers right wing Josh Archibald (15) against the Calgary Flames during the first period at Scotiabank Saddledome. Mandatory Credit: Sergei Belski-USA TODAY Sports
With several Oilers shuttling in and out of COVID protocol in the past several days, we’re getting close to finding out what comes next for forward @Josh Archibald. He’s been out since training camp while recovering from myocarditis after contacting COVID during the off-season.
Archibald, 29, who created a bit of a furor when he reported for camp unvaccinated – he would have to be vaccinated if he is able to play this season – has been working out and skating with a heart monitor since the beginning of this month. Doctors will do some testing before they decide what comes next.
While Archibald’s health obviously is the first consideration, there’s no question the Oilers could use what he brings in their bottom six and as a penalty killer. “I love the way he plays,” GM Ken Holland said. “He can skate, plays bigger than his size, kills penalties.
“He had 10 goals two years in a row. You talk about the bottom part of your roster all the time. How would you like a guy who scores 10 goals? We lose him and I’ve had to replace him. And we’re not scoring enough.”

Mike Babcock’s name has come up more than once along with the usual suspects – Paul Maurice, Jay Woodcroft, Glen Gulutzan, to name three — in recent weeks when fans have discussed the idea of getting rid of Tippett and finding a replacement.
For all of his accomplishments behind the bench (a Stanley Cup ring with Detroit in 2008 and two Olympic gold medals), I don’t think Babcock, who is now 58, is the right guy at this point in his career. Besides, it sounds like he’s enjoying himself back in the university game as coach of the Saskatchewan Huskies.
Babcock has made all the money he’ll ever need, so working at Saskatchewan, where he is close to his sisters and where his son Michael is an assistant coach, is a perfect fit at this point in his life. Babcock played for the Huskies in 1981-82. I first met Babcock in 1993-94 when I was covering the Alberta Golden Bears and he was coaching Lethbridge. He’s always loved the
“I’m enjoying the hell out of it,” Babcock told Murray McCormick of the Regina Leader-Post Friday. “It’s a dream come true. It has been unbelievable and so much fun.” You can find the full Leader-Post story here. 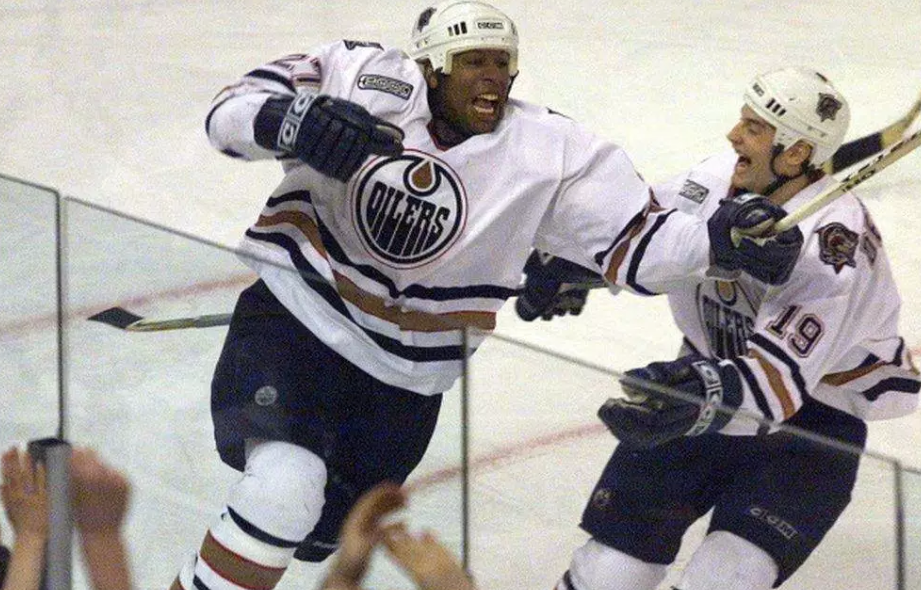