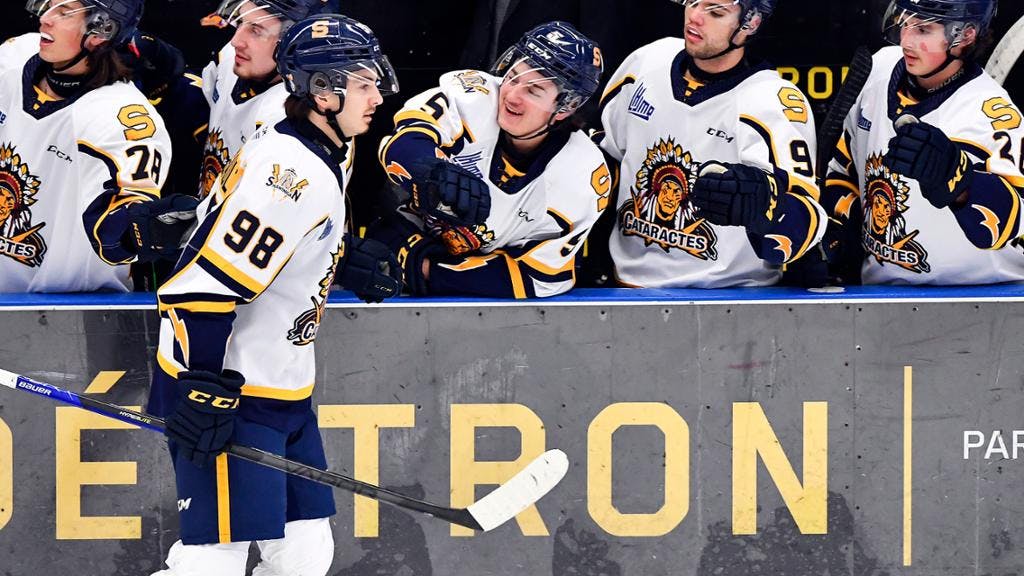 By Liam Horrobin
1 year ago
While the Oilers struggle their prospects are striving across the world. The typical suspects continued to prove why they were taken in the draft and showed that while it may look dull right now, the future’s still bright.
We’re a couple of days late updating you all, so let’s waste no more time and get right into things.

Xavier Bourgault made his way to Calgary for the World Juniors camp this week. He played on a line with his fellow Quebecians Zach Dean and Hendrix Lapierre against the USports All Star yesterday. Bourgault was held pointless in Canada’s 3-0 win. Before leaving for the camp, Bourgault was dominant for Shawinigan. In three games, the Oilers’ first rounder scored five goals and nine points to take his tally to 42 on the season. He’s now tied for second in goals with 22 and sits fifth in the league’s points race.

Petrov puts on a show

When we last spoke, Matvey Petrov had 33 points in 22 games which is impressive. Since then, he put up 11 more points in four games and still has one more game to play this week. Petrov had a three assist night versus Hamilton, followed that up with two more against Niagara, then scored a goal and three more assists against Soo, and rounded that off last night with two goals versus Barrie. It’s safe to say that Petrov is blowing everyone’s expectations out of the water. He’s now riding a 12 game point streak and has scored 26 points.
Let’s all say a big thank you to Kyle Dubas for not wanting to trade Zach Hyman for a 6th round pick.

It’s been a quiet week and a bit for the Condors who went 0-3-0 and scored only five goals whilst conceding 12. Ilya Konovalov was the lone bright spot during this spell. In two games, he averaged a 1.50 goals against and finished with a 0.912 save percentage. Cooper Marody also chipped in with a couple of assists, and Brendan Perelli scored twice after being sent down by Oilers.
Nation Takes
Oilers Talk
Recent articles from Liam Horrobin