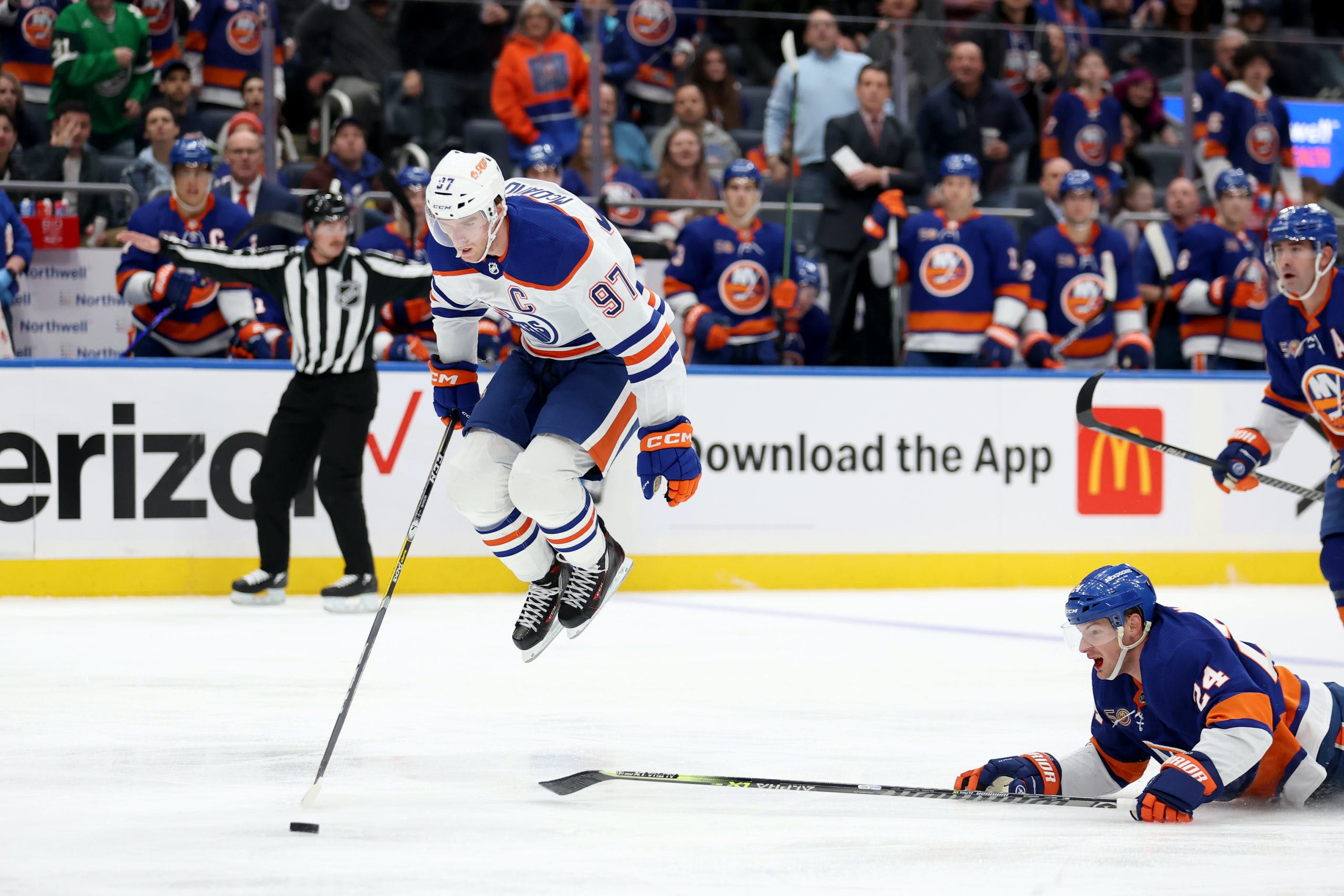 By Zach Laing
2 months ago
The Bets of the Day is brought to you by NHL betting site Betway!
Welcome back to another edition of the Betway Bets of the day. All bets are for one unit unless otherwise noted.
Our first bet of the day will be taking Connor McDavid to score 2+ points. These odds sit at -125.
Connor McDavid has been quiet… too quiet.
Despite still leading the league in scoring with 35 points in 20 games, a number of other players have caught up to him making ground after he took a big early lead this year. I don’t expect that to last.
In his last five games, McDavid has scored one goal and four points hitting the over on the prop in just one game. He’s hit this prop in 10 of 20 games this year, and I think he gets back on track against the Rangers this morning.

Our second bet of the day will be taking Jack Eichel to take over 3.5 shots on goal. These odds sit at -138.
Eichel leads the Golden Knights in shots on goal this year with 82 in 22 games averaging 3.72 per game. He’s hit the over on this prop in three of his last five games and in 11 of 22 on the year.
The Golden Knights take on the Vancouver Canucks tonight, and in an early meeting this year Eichel had four shots. To top it off, the Canucks are giving up 35.4 shots per hour in their last five games, the third-worst rate in the league.
Record: 48-32 (+17.63u)
Zach Laing is the Nation Network’s news director and senior columnist. He can be followed on Twitter at @zjlaing, or reached by email at zach@oilersnation.com.
Nation Takes
Oilers Talk
Recent articles from Zach Laing