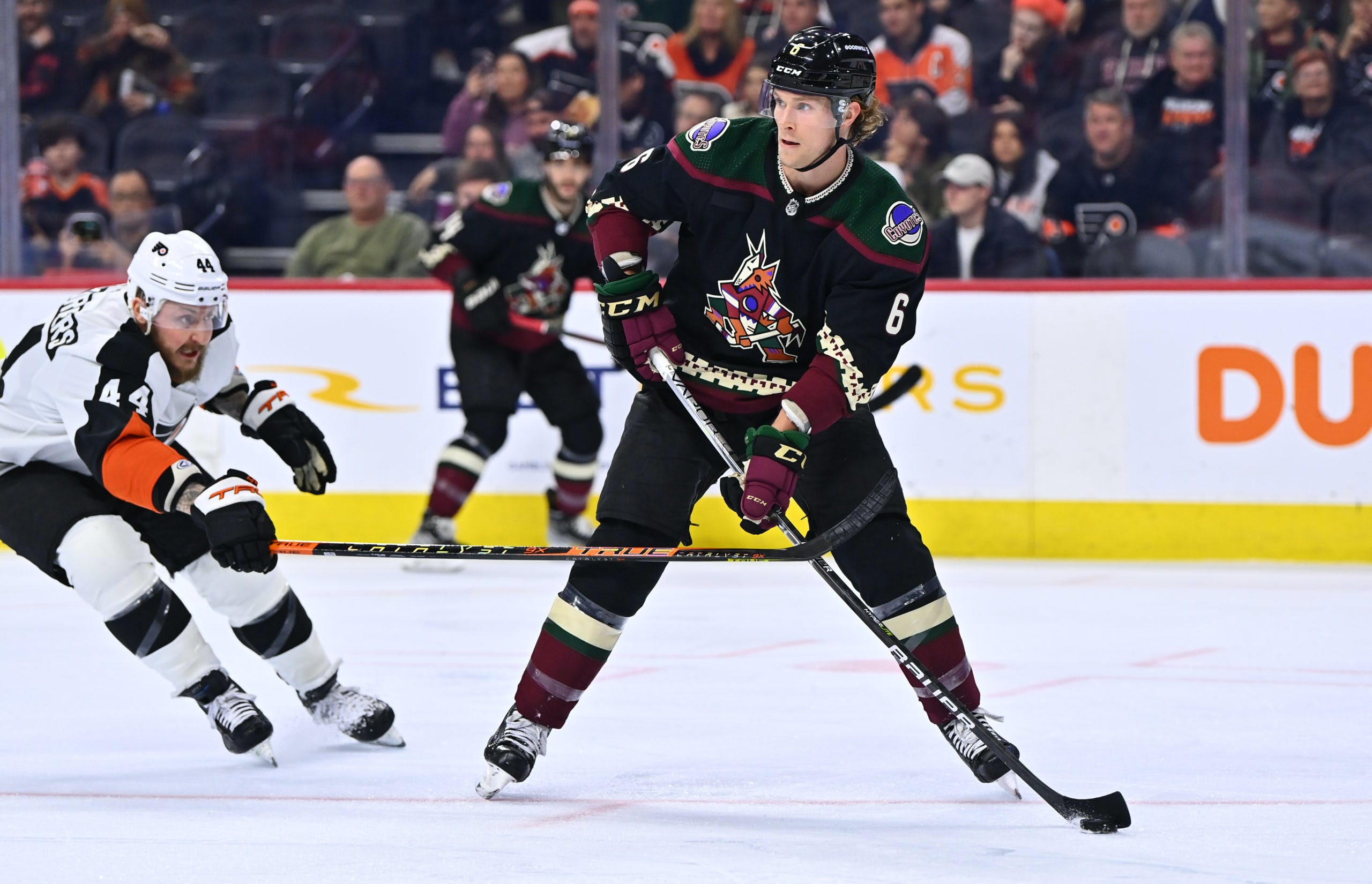 By Zach Laing
25 days ago
The Bets of the Day is brought to you by NHL lines site Betway!
Welcome back to another edition of the Betway Bets of the day. All bets are for one unit unless otherwise noted.
Our lone bet of the day will be taking the Jakob Chychrun to score 1+ point. These odds sit at -150.
This game between the Arizona Coytoes and Chicago Blackhawks is a weird one, and I just had to find a way to get some action on it. I’m tempted by taking over 6.5 goals, which is hovering around +110 right now. I might sprinkle it separately, but we’re going with the Chychrun shot prop.
Chychrun has been off to a tremendous start this season scoring 18 points in 25 games this season. He’s got five points in his last five games cashing this prop in three of these games. I fully expect Chychrun to be involved in the offence in this game.

Our second bet of the day will be taking Timo Meier to take over 4.5 shots on goal. These odds sit at -110.
Meier comes into this game second in the league in shots firing 178 in 39 games this season while his average of 4.56 per game is a career-high. He’s hit this prop in three of his last five games, and in two of three previous meeting with the Ducks this season.
Record: 80-61 (+15.53u)
Last 30: 22-23 (-4.67u)
Last 7: 7-7 (-2.15u)
Yesterday: 1-1 (+.05u)
Zach Laing is the Nation Network’s news director and senior columnist. He can be followed on Twitter at @zjlaing, or reached by email at zach@oilersnation.com.
Nation Takes
News
Oilers Talk
Recent articles from Zach Laing