Oilersnation Everyday: Oilers Final Cuts and The Bro Down With Baggedmilk 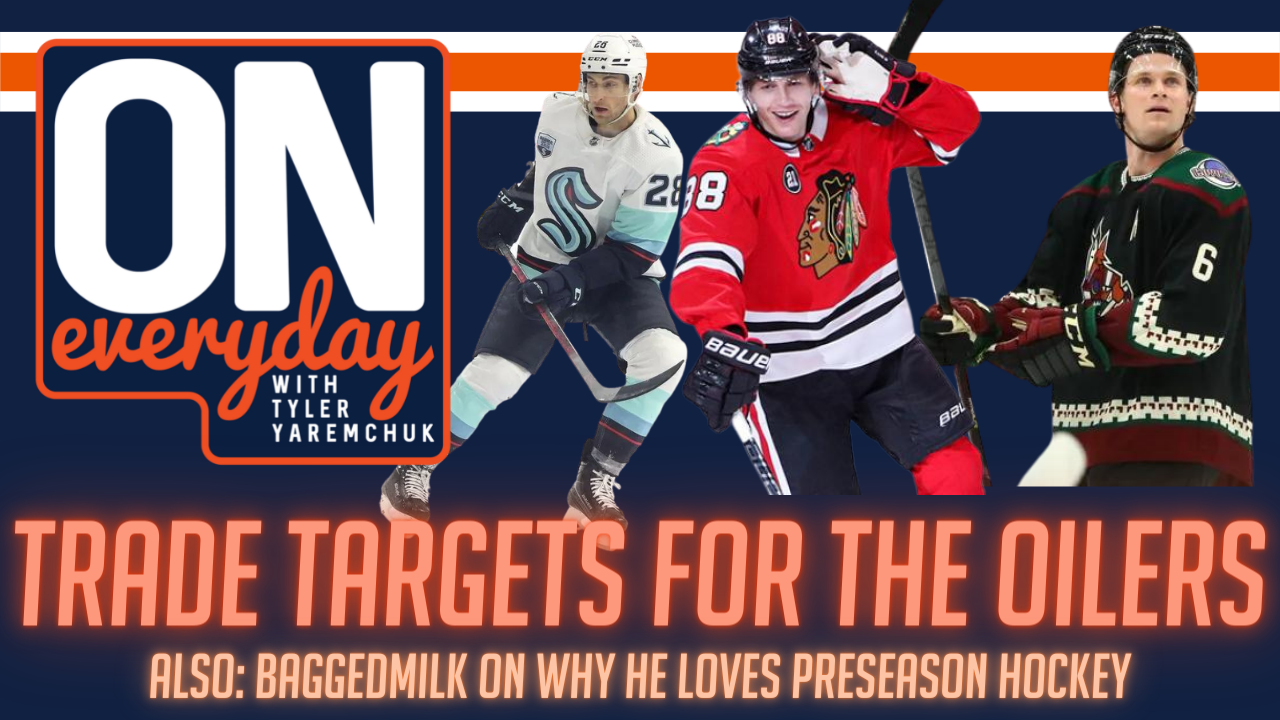 By Liam Horrobin
1 month ago
We have finally made it to the last game of the preseason schedule! Tonight, the Edmonton Oilers host the Seattle Kraken at Rogers Place with many players still having much to play for. A surprising talent that is still around is James Hamblin. Hamblin is a hometown kid the Oilers signed as an undrafted free agent out of the WHL a few years ago. Now, he’s battling for a spot on the NHL roster with a chance to prove everyone wrong again.
Right before the show began, we had some breaking news from the Edmonton Oilers. Mattias Janmark and Dmitri Samourkov were both put on waivers for the purpose of assignment to Bakersfield. With Janmark now gone, that leaves Devin Shore, Brad Malone, and James Hamblin battling for the final forward spots.
Another player that isn’t with the Oilers anymore is Jake Virtanen. Last night, Virtanen was released from his professional tryout contract after playing five preseason games with them. We’ll have Baggedmilk on the show today to talk about that decision and also about how much he loves preseason hockey. Also on today’s show, Tyler will talk about some possible trade targets for the Oilers later on in the season and Liam gives out some Betway picks for tonight’s game.
Viewers can catch Tyler Yaremchuk on Oilersnation Everyday at noon mountain on The Nation Network YouTube page. You can also view the show on Twitter and Facebook. After the show has streamed live, you can find it on all your podcast providers.
Oilers Talk
Shows
Recent articles from Liam Horrobin