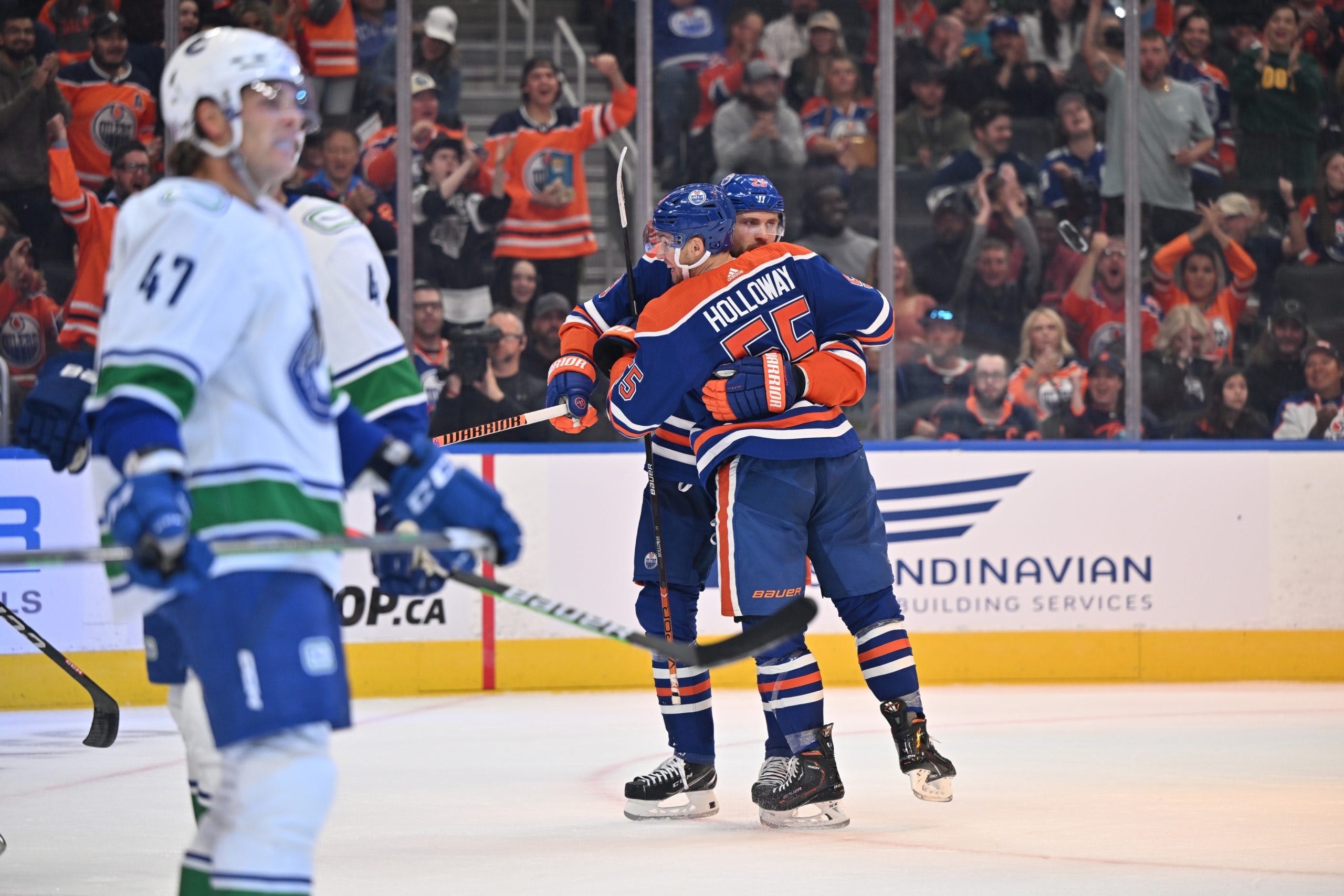 By Liam Horrobin
13 days ago
The Edmonton Oilers have been red hot since getting embarrassed by the Los Angeles Kings last Monday. Since then, they have won five games in a row with wins over the Vegas Golden Knights, Seattle Kraken, and, most recently, the Tampa Bay Lightning. They have quickly become a more collective group who are now playing and fighting for it together.
Tonight, they will look for their sixth win in a row when they take the short trip west to challenge the Vancouver Canucks. In their last meeting against the Canucks, it was a disappointing night at Rogers Place as the Oilers blew a 2-0 lead falling 5-2. It was a game that the Oilers will want to set right tonight, but can they do it?
Come and join Tyler Yaremchuk and Liam Horrobin for a Sherwood Ford GIANT Pre-Game show edition of Oilersnation Everyday. They will get you prepared for tonight’s action with the lines, keys to victory, and also some bets courtesy of our friends at Betway.
Chris Faber from Canucksarmy will also join the show to give us a rundown of what is happening in Vancouver.
Viewers can catch Tyler Yaremchuk and Liam Horrobin on Oilersnation Everyday at noon mountain on  The Nation Network YouTube page. You can also view the show on Twitter and Facebook. After the show has streamed live, you can find it on all your podcast provide.
Shows
Recent articles from Liam Horrobin