Oilersnation Everyday: A night in the Big Apple 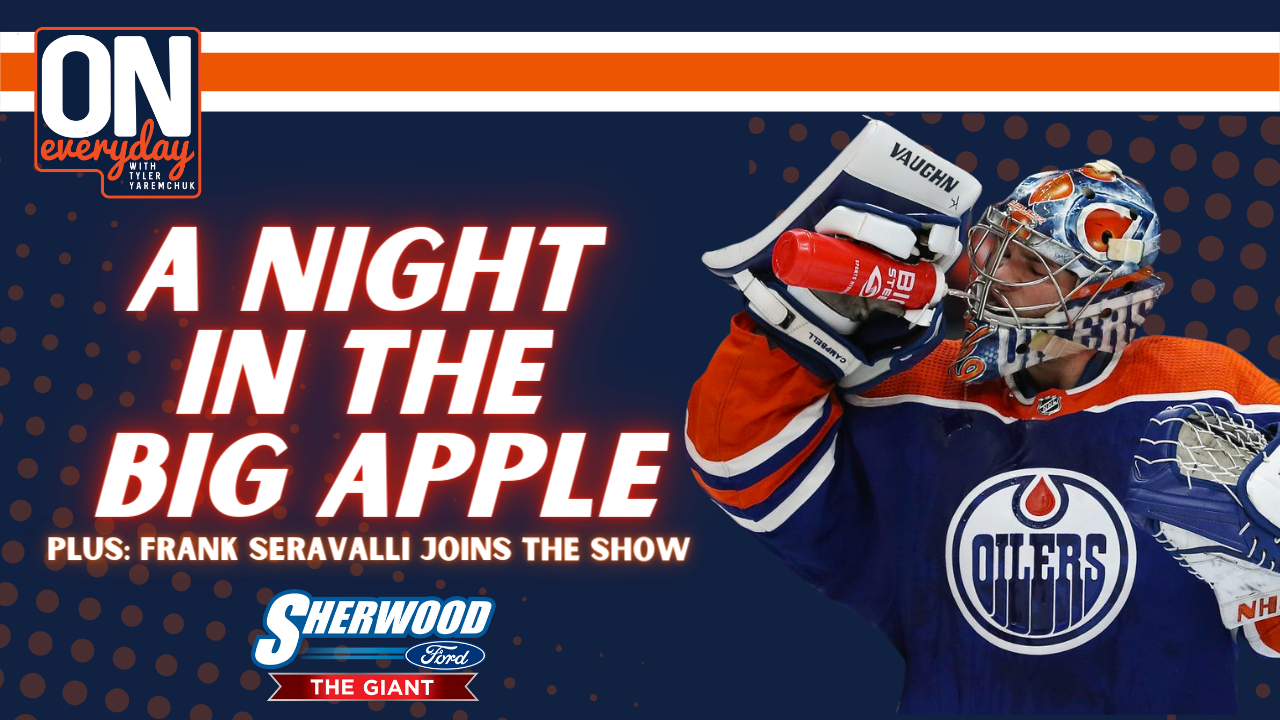 By Liam Horrobin
2 months ago
The Edmonton Oilers have been consistently inconsistent since losing to the New Jersey Devils at Rogers Place on November 3rd. Since that game, they’ve struggled to put wins together, however, they are not staying in the loss column for long. It is a streak they will want to break free from, and tonight they will have a chance to gain two more points against the New York Islanders.
To get your prepared for tonight’s action on the ice, Tyler Yaremchuk and Jay Downton will be around for the Sherwood Ford GIANT Pre-Game Show. They will discuss what the Oilers need to do to win in New York, the lineup decisions, and the debate on who should start between the pipes.
Yesterday, Frank Seravalli from Daily Faceoff released his top 20 trade board from around the NHL, which included Jonathan Toews, Bo Horvat, and Erik Karlsson. Today, he will join Tyler and Jay on the show to discuss his trade board and which ones could be possible targets for the Edmonton Oilers.
Viewers can catch Tyler Yaremchuk and Liam Horrobin on Oilersnation Everyday at noon mountain on  The Nation Network YouTube page. You can also view the show on Twitter and Facebook. After the show has streamed live, you can find it on all your podcast providers.
Shows
Recent articles from Liam Horrobin