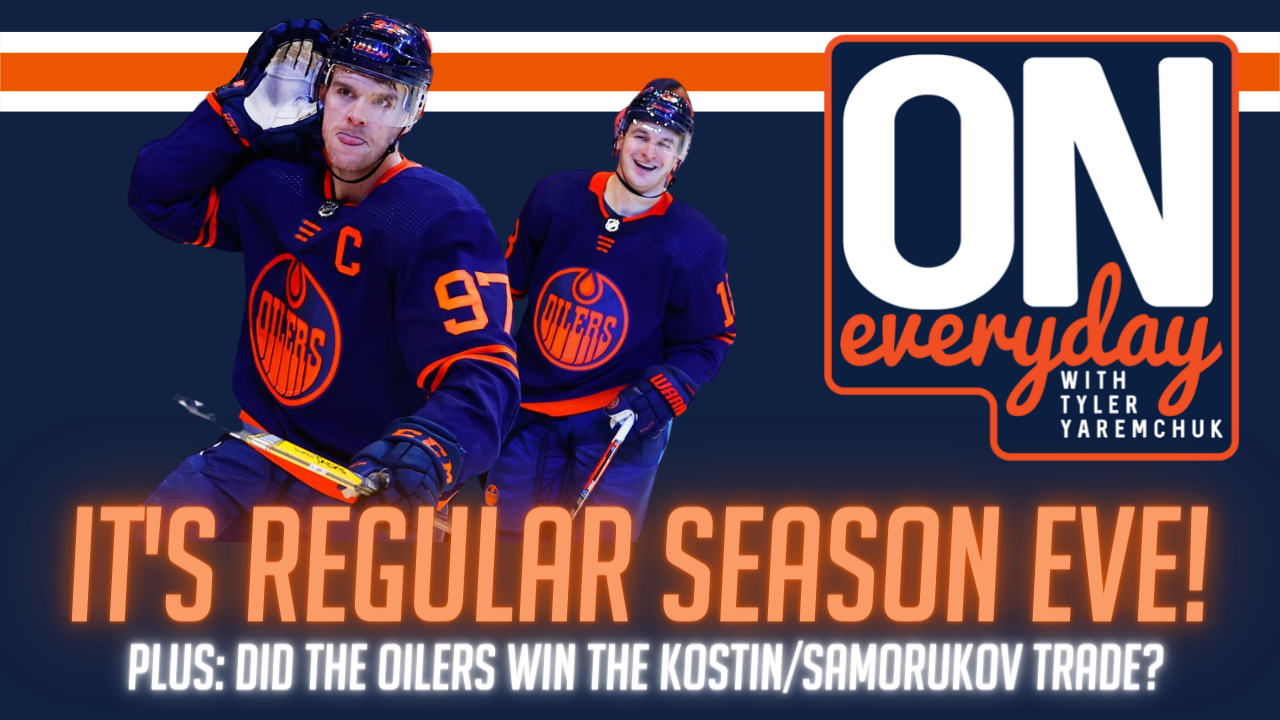 By Liam Horrobin
3 months ago
It was the night before the regular season and all was well in Oil Country. Expectations are high after a tremendous 2021-22 campaign, which saw the Edmonton Oilers make it to the Western Conference Finals for the first time since 2006. While it did not go as planned getting swept four games to zero by the Colorado Avalanche, it set up what looks to be a promising future.
The Vancouver Canucks are the Oilers’ first opponents, a team they faced twice in the preseason. Over the weekend, Ken Holland and Jay Woodcroft made their final roster decisions with the most intriguing being the decision to send Philip Broberg down and keep Markus Niemelainen. What does this mean for Broberg? What is his future look like with the organization?
The Oilers also made a trade that saw Dmitri Samourkov move to the St Louis Blues for former first-round pick Klim Kostin. We’ll talk about the trade on today’s show and why we believe this happened. Finally, Tyler Yaremchuk will be joined by Zach Laing from OilersNation. They’ll talk about the final roster, players in Bakersfield ready to make an impact and the Pacific Division.
Viewers can catch Tyler Yaremchuk on Oilersnation Everyday at noon mountain on The Nation Network YouTube page. You can also view the show on Twitter and Facebook. After the show has streamed live, you can find it on all your podcast providers.
Oilers Talk
Shows
Recent articles from Liam Horrobin