Oilersnation Everyday: The Nuge Is Back! 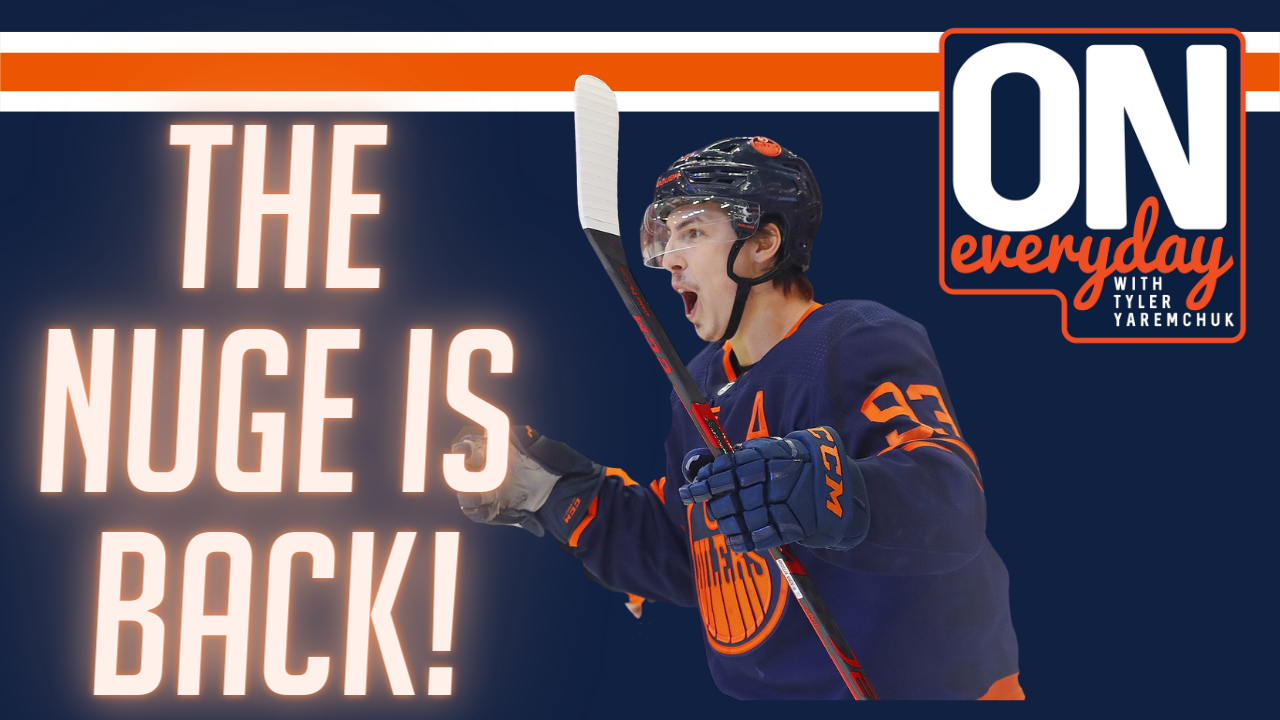 By Liam Horrobin
3 months ago
The Edmonton Oilers had a huge win last night against another Stanley Cup contender. The Oilers put six past the Carolina Hurricanes, who have only conceded three goals in three games heading into the contest.
A big standout for the Oil was everyone’s favourite, Ryan Nugent-Hopkins. The Nuge showed up and had his 7th career four-point game, one goal, and three assists. This all came on the wing of Leon Draisaitl, which leads to the question should he just stay there.
Another player that performed, but was credited on the stat sheet, was Warren Foegele. Tyler Yaremchuk was a big fan of what Foegele did versus the Canes, his former team, and believes that he could be the next Oiler to break out.
Next up, Baggedmilk joined the show for the Bro Down. He and Tyler discussed the play from Nugent-Hopkins last night, and the performance overall from the Oilers and then finished the segment off with some betting talk.
Viewers can catch Tyler Yaremchuk on Oilersnation Everyday at noon mountain on  The Nation Network YouTube page. You can also view the show on Twitter and Facebook. After the show has streamed live, you can find it on all your podcast providers.
Oilers Talk
Shows
Recent articles from Liam Horrobin