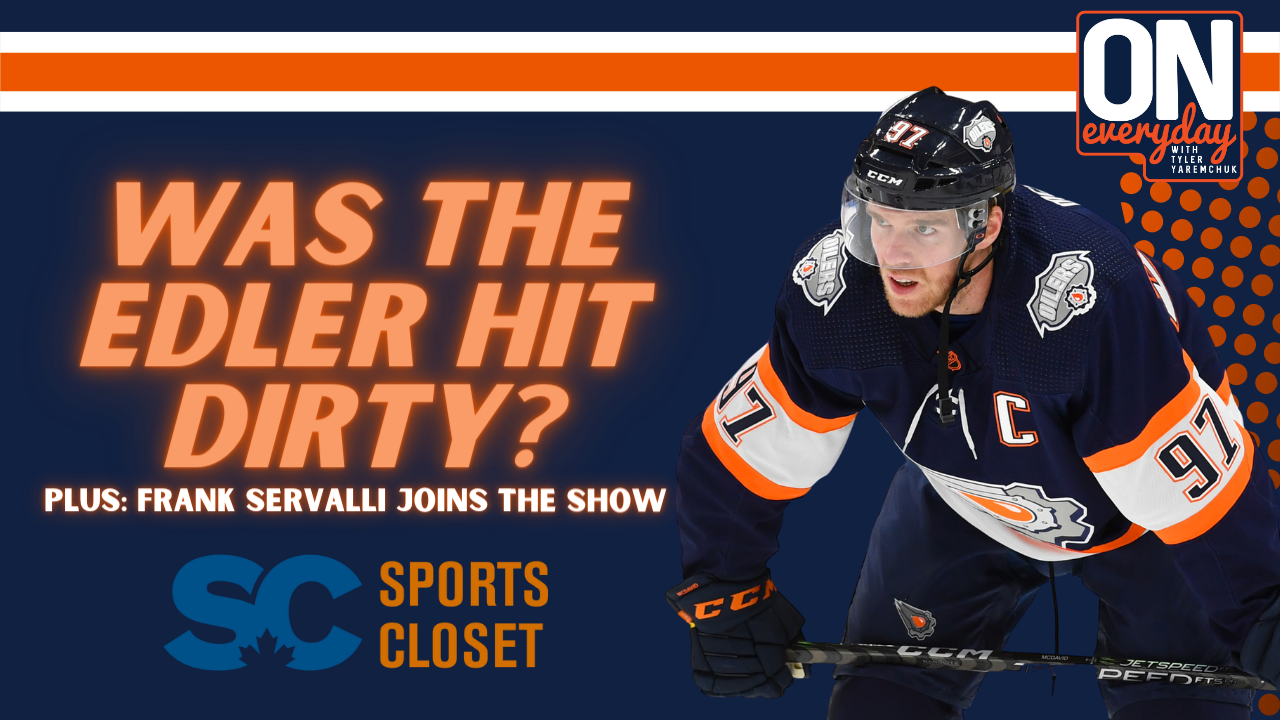 By Liam Horrobin
4 days ago
The Edmonton Oilers lost to the LA Kings last night at Rogers Place; however, that is not the story that is making the headline. Oilers star forward Connor McDavid took a knee-on-knee hit from Kings defenceman Alex Edler, who received a two-minute penalty on the player. When Zach Hyman was on the Toronto Maple Leafs, Edler did the same thing, which put Hyman out of the lineup for two months and received a two-game suspension. Despite having a history of this, the NHL player safety department today that the Kings defenceman would not receive more discipline for the collision. Do you agree or disagree with the league’s decision?
Also, on the show, we will talk about the game itself and what the Oilers did right and wrong. Then, later on, Frank Seravalli from Daily Faceoff joins us to discuss the hit and some possible defensive upgrades for Edmonton.
Head over to The Nation Network on YouTube to watch Oilersnation Everyday with Tyler Yaremchuk.
Viewers can catch Tyler Yaremchuk and Liam Horrobin on Oilersnation Everyday at noon mountain on  The Nation Network YouTube page. You can also view the show on Twitter and Facebook. After the show has streamed live, you can find it on all your podcast providers.
Shows
Recent articles from Liam Horrobin