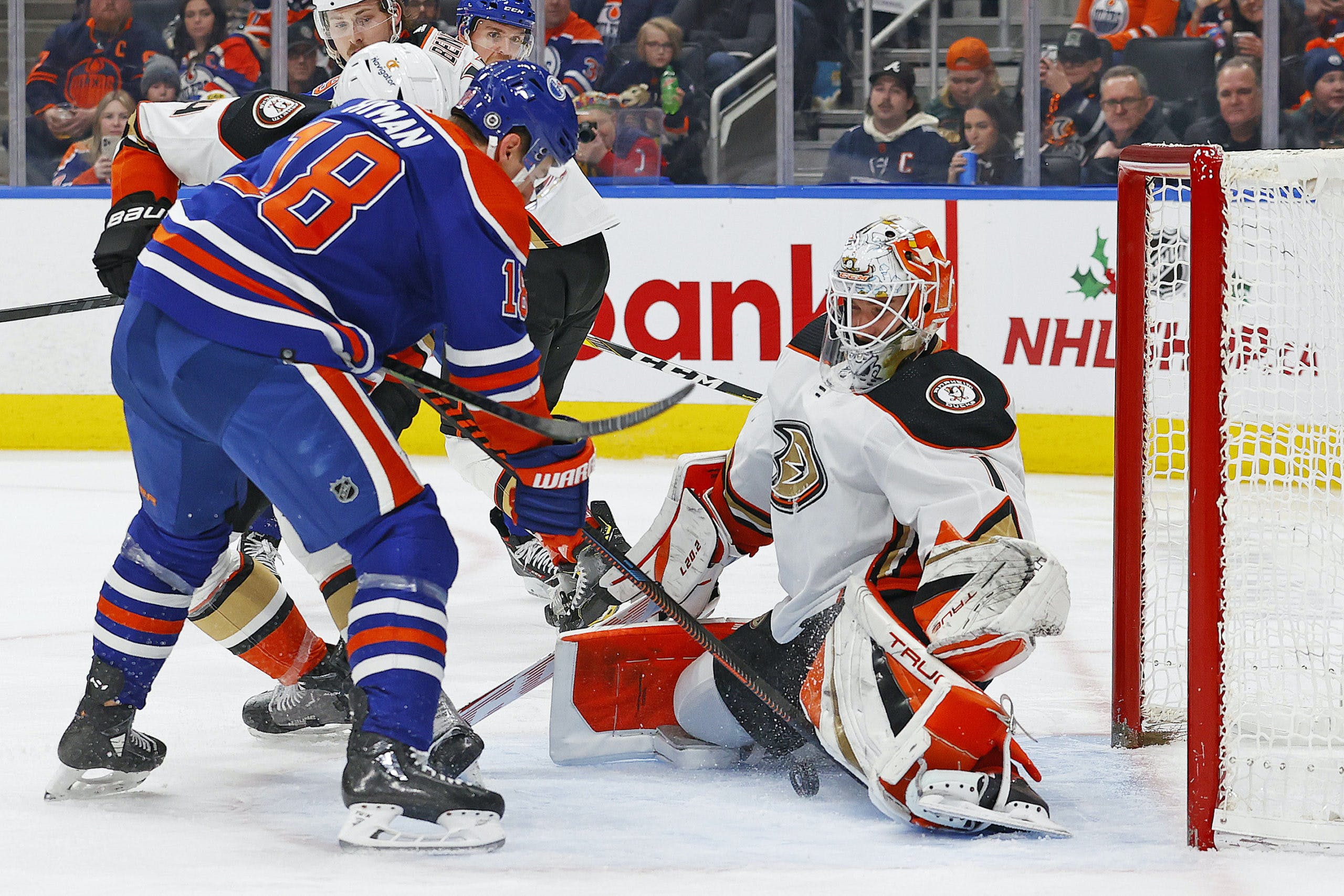 By baggedmilk
1 month ago
The Oilers are back out on the road after a frustrating homestand, which means we had plenty to talk about on the brand new Tuesday episode of Oilersnation Radio. On today’s show, we’re talking about the Oilers’ losing streak, Stuart Skinner’s new contract, line combinations, and a whole lot more.
To kick off this week’s Tuesday podcast, we got started with a conversation about the blue line and specifically how concerned are we with the group of players that we have in the top six. Is this a problem where the guys on the ice have to be better as a whole? Is the group good enough in the first place? From there, we looked at the current losing streak the Oilers are on and how it’s been extremely frustrating to see them lose three consecutive games against teams that they should be beating more often than not. We also touched on the Oilers’ line combinations that Woodcroft is running with right now and whether it’s time to finally split up Connor and Leon after a few consecutive games of lacklustre results. Getting to the positive side of being an Oilers fan, we spent a few minutes talking about Stuart Skinner’s new contract and how it was a pretty solid deal for the team considering he is literally carrying the mail in net right now. Despite his early success, it was interesting that the Oilers got this extension done now rather than waiting until the offseason when his price could have gone up. With Skinner now locked up and Jack Campbell clearly not going anyway, are we happy with the goaltending tandem for the next three and a half years? Lastly, we wrapped up the Tuesday episode of ON Radio with another thrilling round of Word Association, Tyler’s signature segment that he spends literally seconds working on.
Listen to the Tuesday episode of Oilersnation Radio below:
Subscribe to Oilersnation Radio for FREE on Soundcloud here, on Apple Podcasts, or wherever else you get your podcasts from! Oilersnation Radio is proudly brought to you by our friends at DoorDash, Canada Snowboard, Tourism Jasper, and Twig and Barry’s and without them, this podcast would not be possible.
Shows
Recent articles from baggedmilk