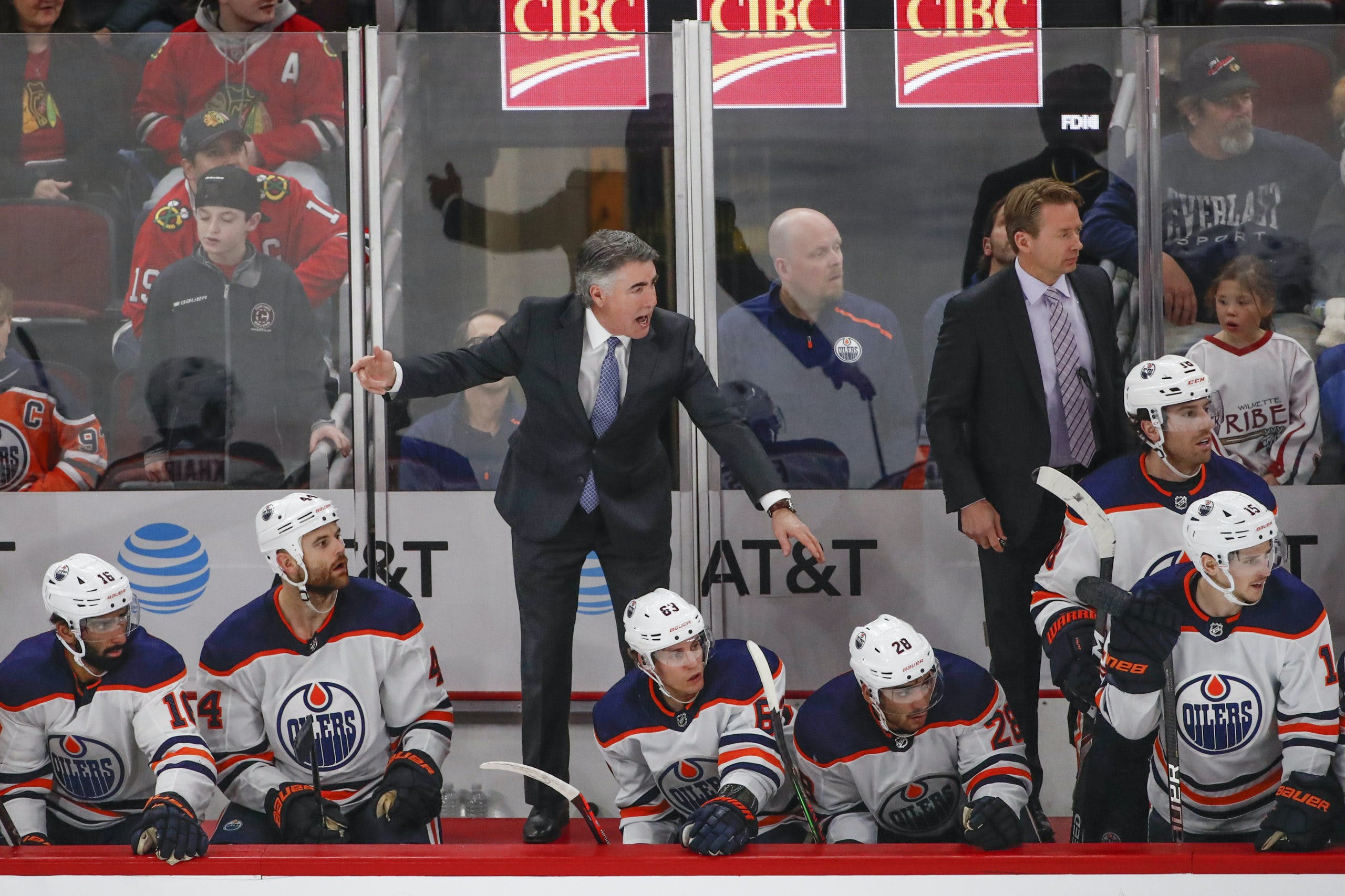 By Zach Laing
1 month ago
Welcome to the annual wrap-up of the most-read articles of the last year!
Things were tense in early January.
The Oilers were amid a massive slide and on the 6th, news broke from ESPN’s Emily Kaplan that the team could be firing then-bench boss Dave Tippett as soon as the following week.
Tippett was eventually let go on Feb. 10th, but the writing on the wall about his departure had been there for a while.
Here’s some of what I wrote in that article at the time:

The report shouldn’t come as a surprise. Tippett has lost his last 11 games behind the bench, and the two wins the Oilers had in late Decemeber were both with him in COVID-19 protocols.
Edmonton has fallen massively down the NHL standings since Dec. 1 when they were sitting atop the Pacific Division with games in hand and boasted the league’s top points percentage mark. Since then, however, things have been downright awful.
The Oilers have posted an abysmal 3-9-2 record scoring just 2.57 goals per game while allowing 3.71 goals against per game. Their special teams that were once a strong suit early in the season have taken a dive, too. The powerplay has operated at a measly 17.1 percent, while they are only killing off 70.7 percent of penalties taken.
While they’re still narrowly outshooting opponents, the Oilers have been consistently chasing games giving up the first goal far too often. Goaltending, too, has been suspect at best and Kaplan said to look for the Oilers to recall goaltender Stuart Skinner, too.
Promoting Jay Woodcroft from within might be their best option. He has familiarity with a large portion of the roster having either coached them in the NHL between 2015 and 2017 while an assistant coach with the Oilers, or at some point over the last four years where he’s been the head coach of the Bakersfield Condors.
No matter what, it’s becoming more and more clear that a coaching change is needed in Edmonton.