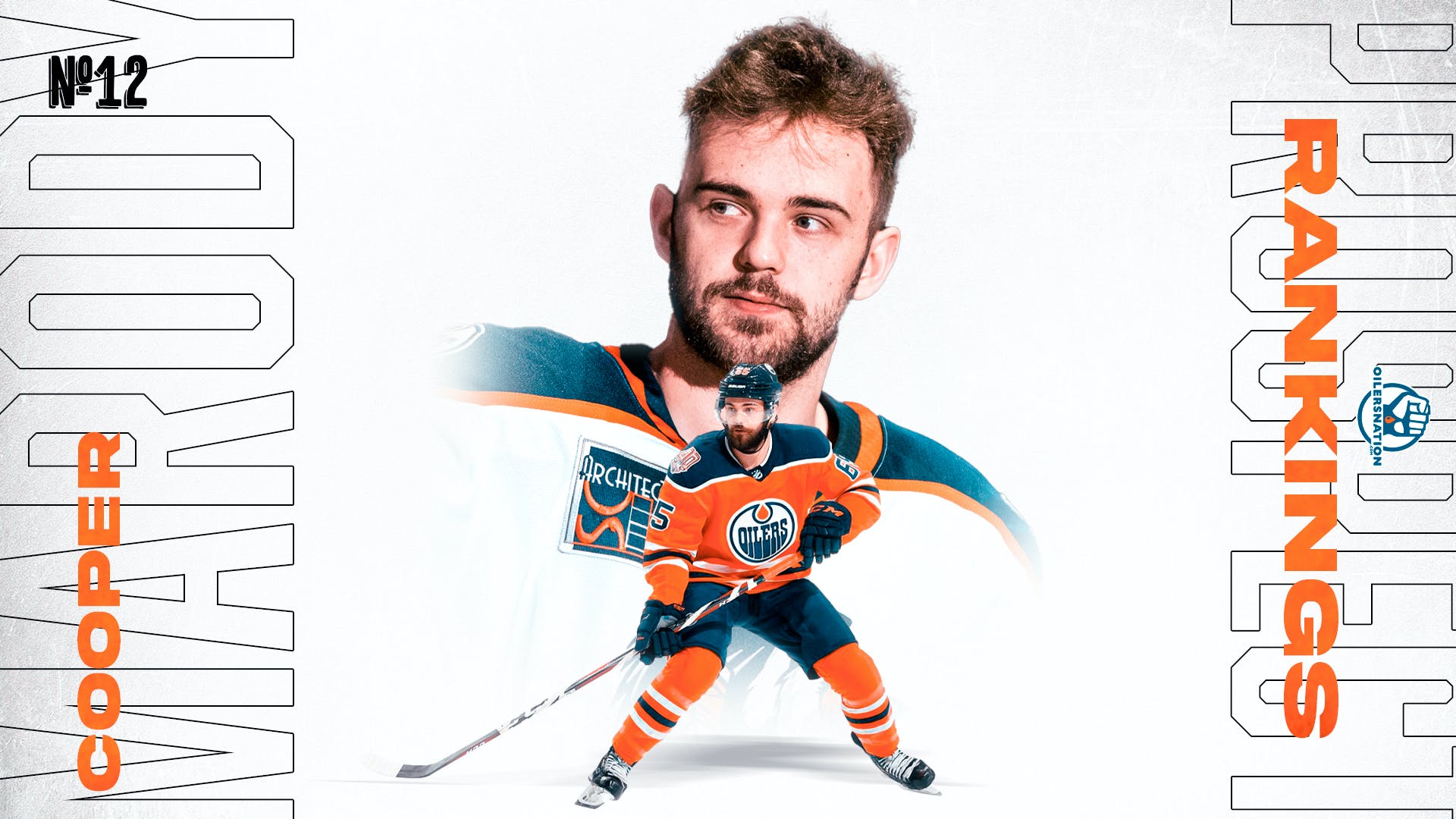 By Cam Lewis
1 year ago
There are a pair of Oilers prospects who have performed well for the organization at the AHL level but haven’t yet been able to translate that success to the big leagues.
They’re Cooper Marody and Tyler Benson. Both of them have important training camps on the horizon as they’re now eligible to go on waivers if they’re sent down to the minors. I’ll talk about Marody today and Benson next.
Marody is essentially what the Oilers have to show for Pat Maroon. Back in 2018, the Oilers dealt Maroon to the New Jersey Devils in exchange for a third-round pick and a prospect, J.D. Dudek, who never played a game in the organization. A few days later, that third-round pick was flipped to the Flyers for Marody, who was a standout at the University of Michigan at the time.
Since then, Marody has had two excellent pro seasons with the Condors with one mediocre, injury-riddled one sandwiched in between. The time is now for Marody to finally crack the Oilers. If he doesn’t, his opportunity might have to come somewhere else. 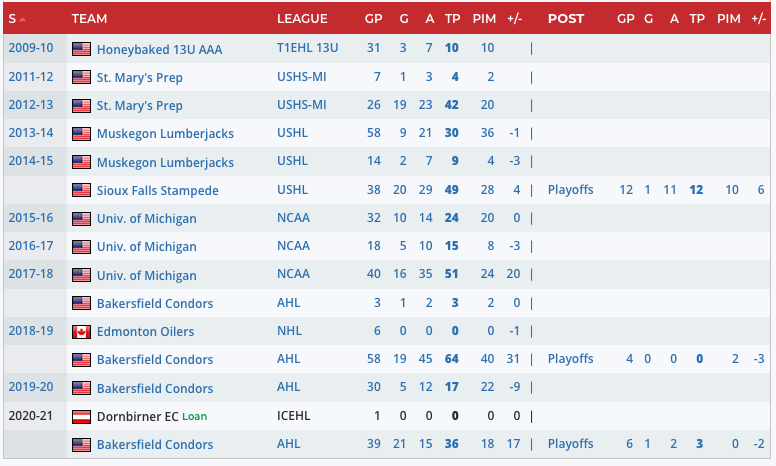 When the Oilers traded for Marody, he was in the midst of an excellent season at Michigan. He scored 16 goals and 51 points in 2017-18, good for the team lead in points and good for sixth among all NCAA skaters. After that season came to an end, the Oilers gave Marody a three-year, entry-level deal and he made his pro debut, playing three games with the Bakersfield Condors.
Marody really put himself on the map as a prospect the following season. In 2018-19, he scored 19 goals and 64 points for the Condors and earned a six-game cup of coffee with the Oilers. Though he didn’t score a point in those six games, the season as a whole generated optimism that the Oilers had found a diamond in the rough.
That excellent season ended on a sour note, unfortunately. In the playoffs, Marody got drilled into the boards from behind by Kale Kessy, a minor-league goon, and suffered a concussion.
In 2019-20, Marody scored just five goals and 17 points over 30 games. His season got off to a slow start due to a lower-body injury suffered in November and it came to an end early due to an upper-body injury suffered in January. It’s safe to assume that the concussion from the previous year played a role in Marody’s tough season.
Thankfully, Marody bounced back in 2021. He played in just one game in Austria while hockey was locked down in North America, but Marody returned to Bakersfield after the pause and put together an excellent season, leading the AHL with 21 goals in 39 games.
It’s obviously important to note that the AHL wasn’t as good in 2021 as it is in normal years because a lot of the top talent in the league was stashed away on NHL club taxi squads. But, still, the fact that Marody was healthy and productive is a positive sign after the season he went through in 2019-20.
So, what’s next for Marody?
As I mentioned earlier, he’s eligible for waivers next season, meaning if he doesn’t crack the club out of camp, somebody else will have a chance to pick him up for free. It’s difficult to say what’ll happen because plenty of quality players find their way through each year, but I could see a rebuilding team taking a flyer on the reigning AHL goal leader.
Marody is a smart, skilled player loaded with offensive creativity. His skating was a big flaw when he was younger, but reports indicate that he’s improved that facet of his game to a passable level.
One thing Marody has going for him is the NHL’s move away from operating with forwards groups split down the middle oriented towards offence and checking He’s one of those players who isn’t quite good enough for an NHL team’s top-six and he doesn’t play well enough defensively for a bottom-six checking role. But as teams move to using more skilled lines, Marody will have an easier time finding a niche as a depth offensive player.
Will that be with the Oilers? Or might it be somewhere else? He’ll be an interesting name to watch at camp come fall.
For reference, players who I consider to be “prospects” for this countdown are skaters who have played fewer than 50 NHL games and goaltenders who have played fewer than 25 NHL games. I’m basing the rankings on a combination of upside and the likelihood of reaching that potential.