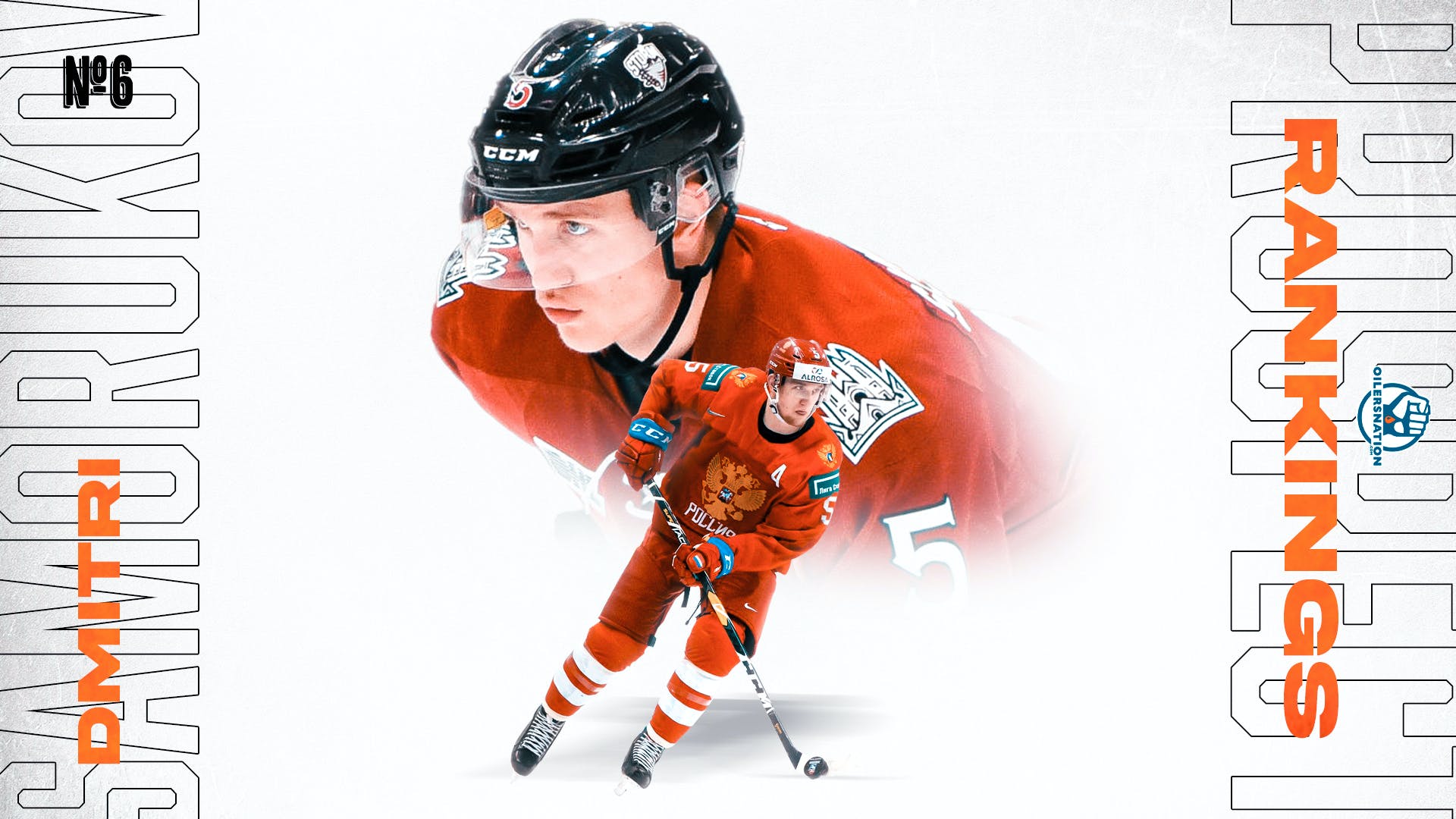 By Cam Lewis
1 year ago
The Edmonton Oilers’ blueline is in a major state of transition right now.
It’s uncertain if @Oscar Klefbom will ever play again, @Adam Larsson left to join the Seattle Kraken, and a pair of young defenders, @Caleb Jones and @Ethan Bear, were moved in off-season trades. The team acquired veterans in @Duncan Keith and @Cody Ceci to offset the loss of Klefbom and Larsson.
Here we are now. @Darnell Nurse is Edmonton’s top defender on the left side, followed by Keith, and then @Kris Russell. Keith is 38 years old and Russell is a free agent at the end of the 2021-22 season, meaning there’s a clear path for young defenders in the system to grab spots on the big league club in the next couple of years.
While 2018 and 2019 first-round picks Evan Bouchard and Philip Broberg tend to grab the attention when it comes to the future of Edmonton’s blueline, there’s another name in the mix who doesn’t appear far from cracking the NHL. Dmitri Samorukov, the team’s third-round pick from the 2017 draft, has thrived playing in the KHL and will look to prove this season that he can be a part of the team’s future. 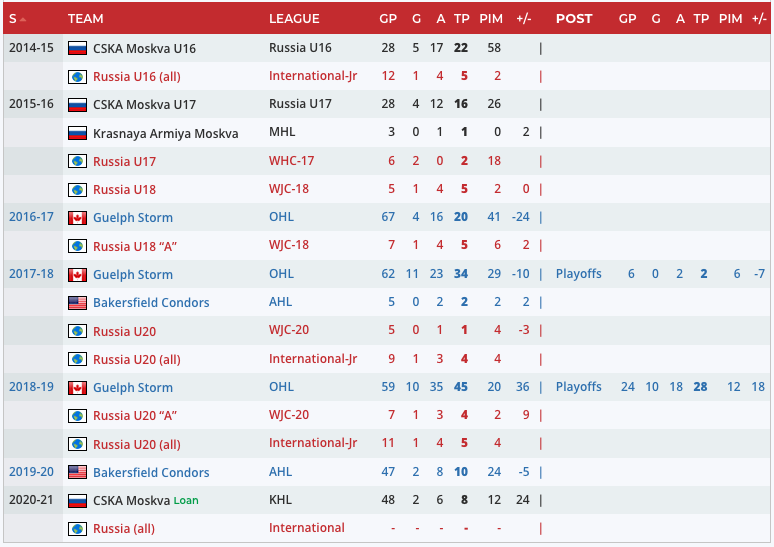 Samorukov was the No. 2 overall pick in the 2016 CHL Import Draft and joined a difficult situation on a rebuilding Guelph Storm team. In his rookie season in North America, Samourkov scored 20 points over 67 games with a minus-24 rating. That showing was good enough for the Oilers to take him No. 84 overall in the 2017 draft, as the organization leaned into a defender with an impressive toolkit as a long-term project.
The 2017-18 season was better for Samorukov and the Storm. He scored 34 points in 62 games with a minus-10 rating and the team made a brief appearance in the playoffs. It was the following season that Samorukov and his team really put things together.
Samorukov broke out in 2018-19, scoring 10 goals and 45 points over 59 games with an impressive plus-36 rating. His performance in the playoffs was even better, as Samorukov scored 28 points in 24 games with a plus-18 rating in a run that ultimately saw the Storm win the OHL Championship and reach the Memorial Cup.
That playoff performance coupled with a strong showing for Russia at the World Juniors really put Samorukov on the map as a legitimate prospect in the Oilers’ system.
In 2019-20, Samorukov made the transition to professional hockey, joining the Bakersfield Condors. The plan for Samourkov was for him to play sheltered minutes in his rookie season, but life in the AHL is never that simple. Injuries on Edmonton’s blueline resulted in Caleb Jones and William Lagesson only playing 14 and 25 games for the Condors respectively.
As a result, Samorukov was thrown into a larger role than expected, largely playing top-four minutes for the Condors. He fared quite well, all things considered, scoring 10 points over 47 games with a 28-to-34 on-ice goal differential at even strength.
Next up, Samorukov returned to Russia to play in the KHL due to the uncertainty around when hockey would return in North America. He had a very strong season playing for CSKA Moscow, one of the league’s top teams. Samorukov played in a shutdown role, logging 17:29 per night and posting a very, very good 38-to-14 even-strength goal differential.
Unfortunately, this strong season came to an end early as Samorukov suffered a shoulder injury in February and didn’t play again. He missed out on a deep playoff run with Moscow and also wasn’t able to travel overseas to join the Condors when play resumed in North America.
Samorukov will return to Bakersfield in 2021-22 after an impressive showing in a good league with aspirations of playing top-pairing minutes for the Condors. The Oilers have a wealth of interesting young defenders who will be battling each other for playing time, including Broberg, who’s going to be making his debut in North America this fall.
Edmonton’s blueline is likely set with Darnell Nurse, Duncan Keith, Kris Russell, William Lagesson, Tyson Barrie, Cody Ceci, Evan Bouchard, and Slater Koekkoek. That said, a strong performance from Samorukov could earn him a call-up in the event of an injury. A gig on the team’s third pairing doesn’t seem too far away for the big, Russian defender.
For reference, players who I consider to be “prospects” for this countdown are skaters who have played fewer than 50 NHL games and goaltenders who have played fewer than 25 NHL games. I’m basing the rankings on a combination of upside and the likelihood of reaching that potential.