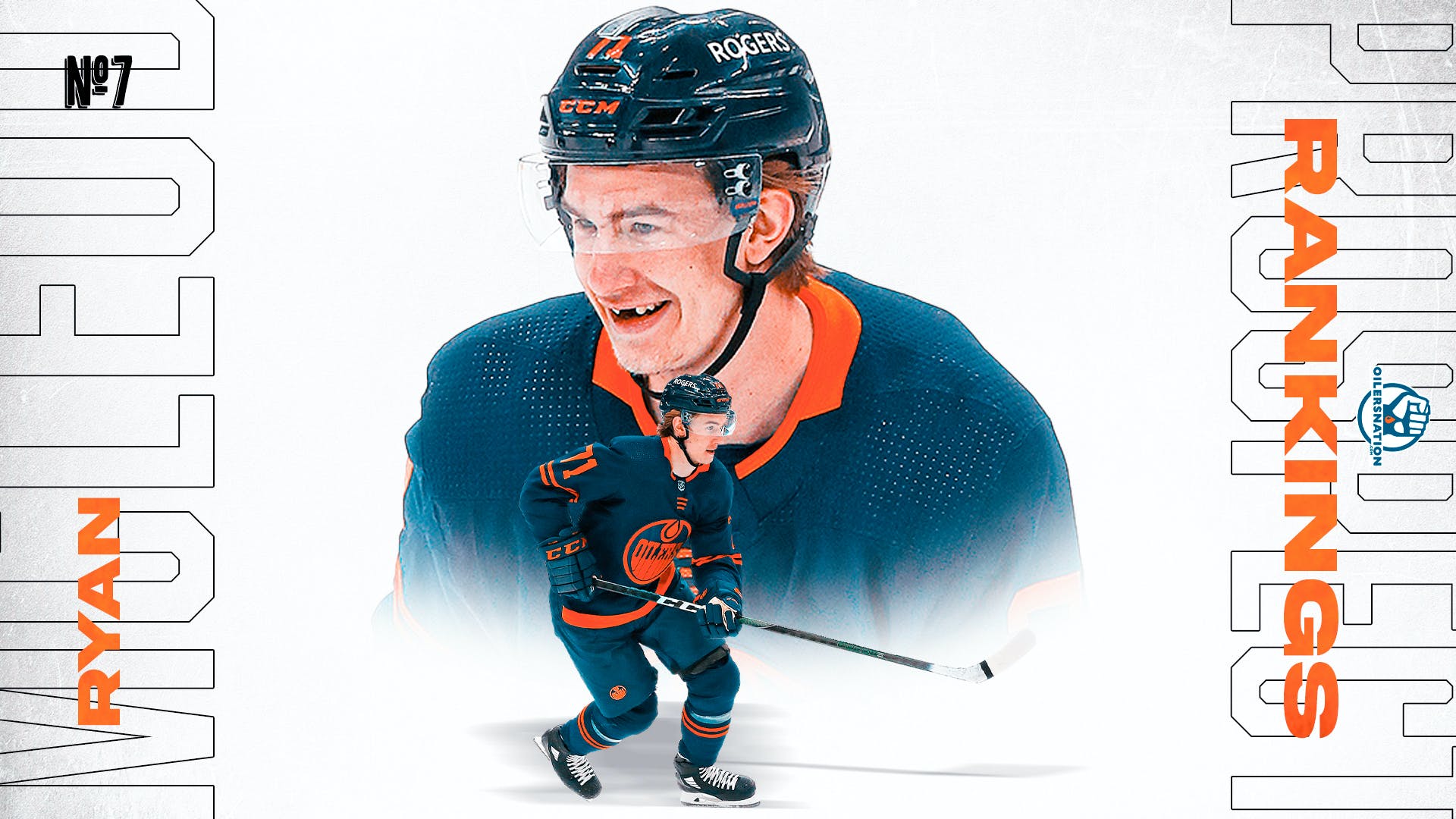 By Cam Lewis
1 year ago
One of the biggest bright spots in the Edmonton Oilers’ system last season was the breakout performance put together by @Ryan McLeod.
I wrote about the former No. 40 overall pick in last fall’s prospect countdown and noted that it wasn’t so much if he would become an NHL player, it was more when and what role he would fill.
The thing with McLeod is that he has all of the skills you want in a hockey player. He’s big, strong, and physical, he skates incredibly well, and he has good hockey sense, especially in terms of playing a smart defensive game. That physical skillset all points to McLeod having two-way, second-line centre upside, but his ho-hum production at every level suggested otherwise.
That changed in 2021 when McLeod produced well in Switzerland, a very good Euro league, and then put up a point-per-game in the AHL with the Bakersfield Condors. McLeod will be an Oiler in 2021, likely as the team’s fourth centre, but last season indicates he can offer more in the future. 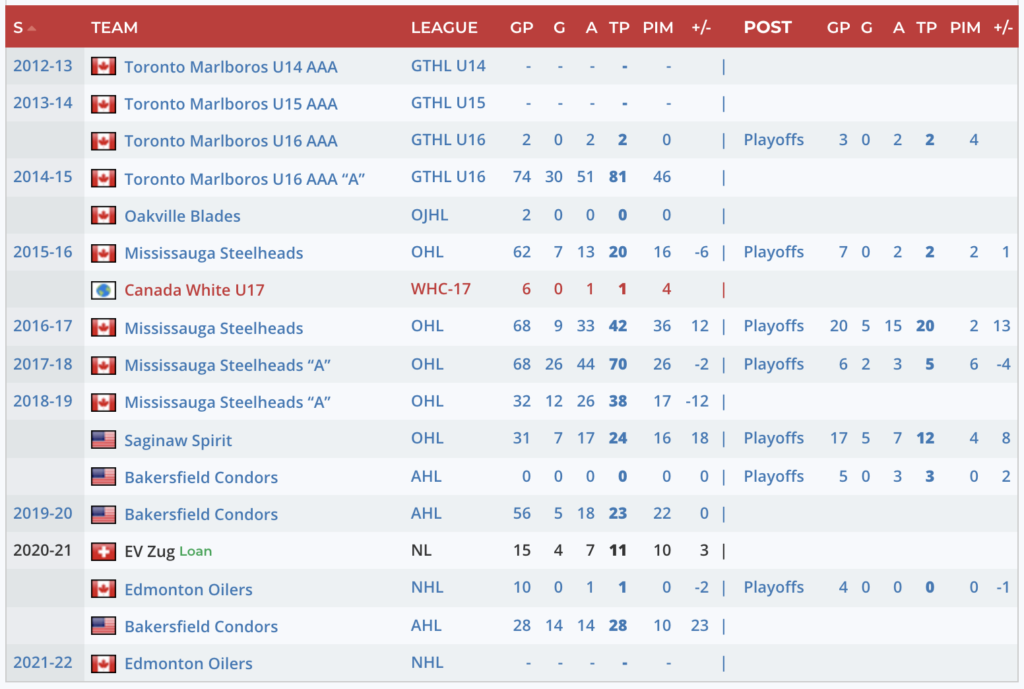 McLeod played his first season in the OHL with the Mississauga Steelheads in 2015-16, scoring seven goals and 20 points over the course of 62 games. His scoring didn’t improve much in 2016-17, as he buried just nine goals, but he improved to 42 points in 68 games and added 20 points in 20 playoff games.
Being a late-September birthday, McLeod got a third go-around in the OHL before he was eligible to be drafted by an NHL club. In 2017-18, McLeod scored 26 times and added 44 assists over the course of 68 games, good enough to warrant the Oilers using their second-round selection on him at the 2018 draft.
In 2018-19, his final year in the OHL, McLeod was traded from Mississauga to the Saginaw Spirit, a team pushing for a serious playoff run. In 32 games with the Steelheads, McLeod scored 38 points, and then he put up 24 points over 31 games with the Spirit, somewhat underwhelming given his age, previous season’s production, and draft pedigree. He also added 12 points in 17 playoff games, a solid performance, but, again, not as high of production as you’d expect with all things considered.
McLeod’s transition to pro was also fairly underwhelming. In 2019-20, he played his first season for the Condors and scored five goals and 23 points over the course of 56 games. Given the excellent rookie AHL showing we saw from Tyler Benson, another former second-round pick by the Oilers a few years earlier, it was difficult to get excited about McLeod’s freshman campaign.
But, as I said earlier, this all changed in 2020-21 when McLeod produced well in two different pro leagues. In 15 games with Zug in Switzerland’s National League, McLeod scored four goals and 11 points, solid production for a young North American who wasn’t familiar with the Euro game. When play resumed in North America, McLeod broke out in the AHL with 14 goals and 28 points over 28 games.
That showing ultimately warranted McLeod a call-up to the big leagues as Kyle Turris wasn’t getting the job done in a bottom-six centre role. McLeod only had one point in 10 games, but he looked like a capable NHLer playing in a defensive role, as he was only outscored five-to-four at even-strength over 127 minutes of play.
Sticking with the Benson comparison, these two players first cups of coffee in the NHL looked very different. While Benson appeared to be a step behind the speed of the NHL, that certainly wasn’t the case for McLeod, who really didn’t look out of place at all. McLeod’s showing in the regular season was good enough that Dave Tippett put him in the lineup for all four of Edmonton’s playoff games.
So, long story short, it’s already fairly clear that McLeod can swim as a fourth-line pivot at the NHL level. The question is whether he can continue to climb up the depth chart and become more than that. The physical tools like size and skating are all there, but McLeod’s production before last season indicated a player that wouldn’t produce much offence.
Let’s hope that last year’s showing with Bakersfield was a true breakout and that McLeod can continue to grow into a productive pivot. If so, the Oilers will have themselves an effective, homegrown, middle-six centre, a nice win for a second-round pick.
For reference, players who I consider to be “prospects” for this countdown are skaters who have played fewer than 50 NHL games and goaltenders who have played fewer than 25 NHL games. I’m basing the rankings on a combination of upside and the likelihood of reaching that potential.