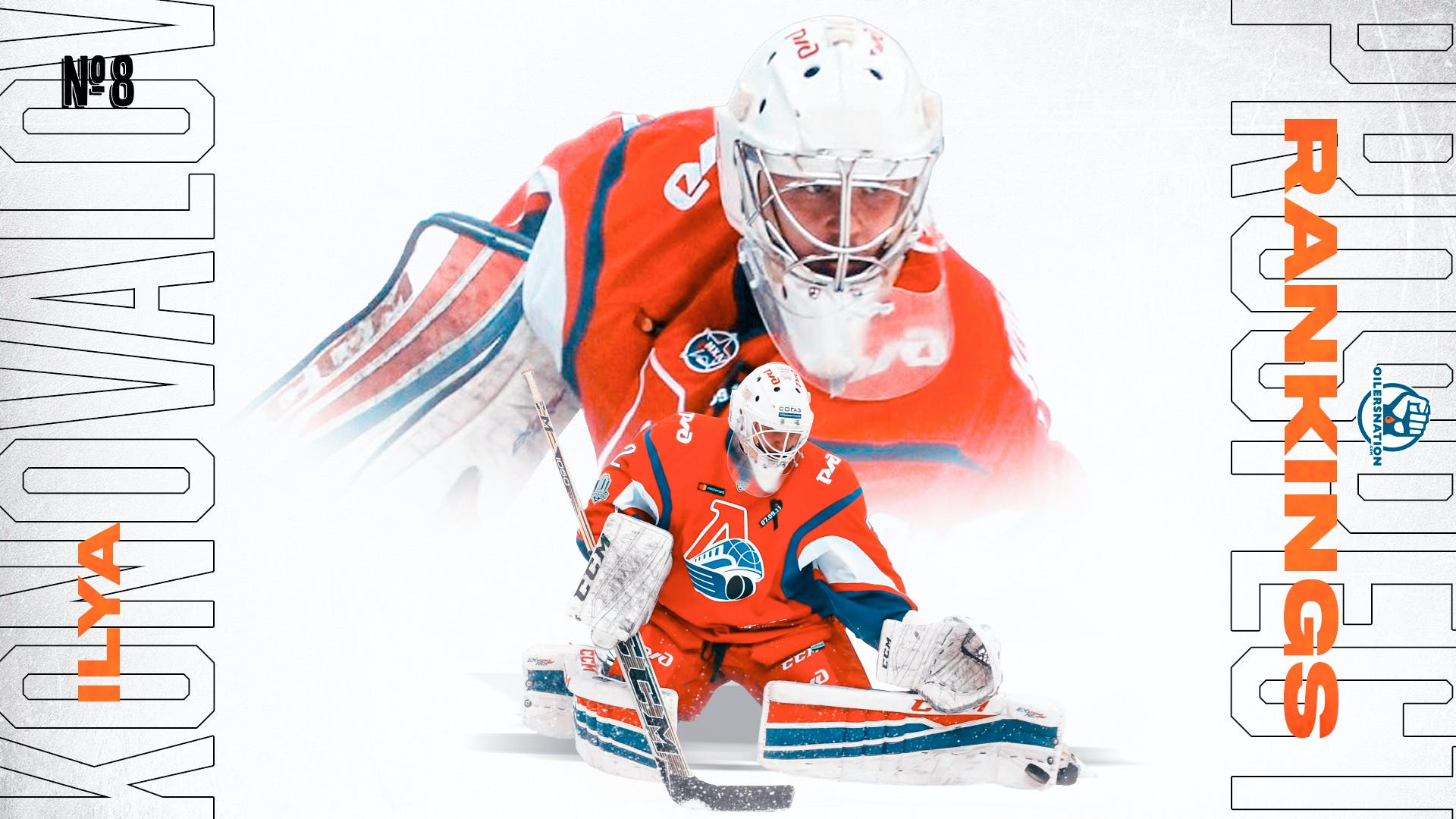 By Cam Lewis
1 year ago
The Edmonton Oilers’ long-term goaltending situation is completely up in the air.
The team has @Mike Smith signed for two seasons while @Mikko Koskinen and @Alex Stalock are set to become free agents next summer.
There’s a very clear path to a professional gig in the not-so-distant future for the three goaltenders in Edmonton’s system. Stuart Skinner just had an excellent season in the AHL with the Bakersfield Condors, Olivier Rodrigue is transitioning to the professional game, and then there’s Ilya Konovalov, the Oilers’ third-round pick from the 2019 draft.
Given how recently he was drafted, you’d think Konovalov was miles away from being considered for an NHL gig. But Konovalov was passed over multiple times in the draft, so he’s the same age as Skinner, who the Oilers took back in 2016.
Konovalov already has parts of four seasons of experience playing at the KHL level, so he has a legitimate opportunity to break his way into the NHL relatively quickly if he hits the ground running when he reaches North America. 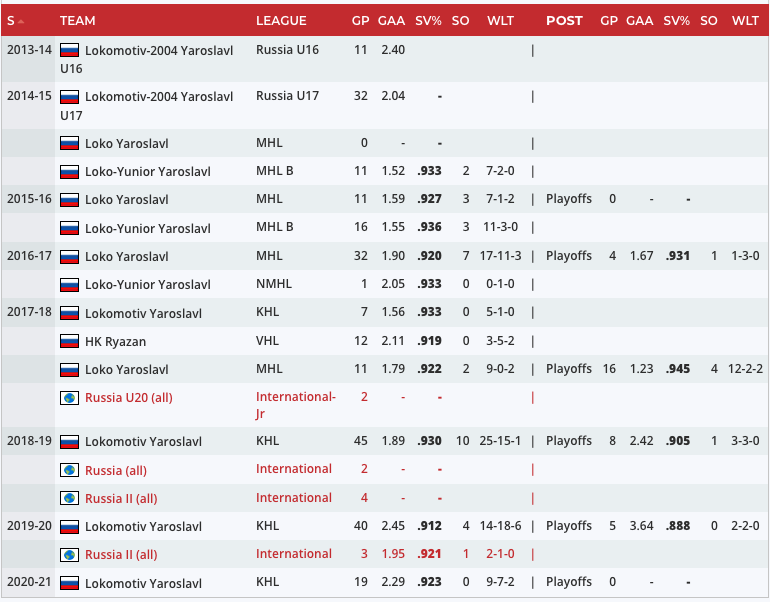 Konovalov was passed over in the NHL draft three times before the Oilers finally selected him as a 21-year-old with the No. 85 overall pick in 2019. This came after Konovalov put together a breakout season in the KHL with Lokomotiv Yaroslavl, where he posted a sparkling .930 save percentage over the course of 45 games.
The following season wasn’t quite as impressive for Konovalov, as he put up a .912 save percentage over 40 games. Far from bad, but not the same dominant season he had the year before. Konovalov’s performance in 2020-21 landed somewhere in the middle of those two aforementioned seasons, as he posted a .923 save percentage over 19 games.
Now, it’s important to add context to these numbers. Konovalov only played in 19 games because he was hopped on Lokomotiv’s depth chart by Eddie Pasquale, who went on a heater and had a .925 save percentage over 41 games. Pasquale was once a fourth-round pick in the NHL draft, but he maxed out as a good AHL goaltender who never earned an NHL role.
The Pasquale situation offers some warning about how far we can dig into KHL stats, but, ultimately it’s a professional league and an early-20s goaltender in Konovalov doing what he has at that level is encouraging for his future.
The biggest knock on Konovalov as a prospect is his size, as he’s listed at just 5’11”. While that obviously isn’t ideal for an NHL goaltender, Konovalov’s strength comes in his excellent hockey sense, as he infrequently gets fooled by crafty plays in the offensive zone. Here’s what Corey Pronman had to say about him before he was finally drafted…

Konovalov had a great season even as a fourth-year-eligible prospect. He was an above-average starting goalie in the KHL and is a player who will be looked to for the Russian national team in the future. He’s six-foot with good but not great athleticism, so I was initially quite skeptical. Konovalov’s hockey sense is outstanding, though, and won me over. His eyes seem magnetically attracted to the puck. He’s never fooled by reverse passes from behind the net, centering plays and stays in position even when the puck is bouncing around the crease. He has that very low panic threshold you want in a goalie. He may never make the spectacular diving save, but he often never needs to. His movements are quick and smooth enough that he squares up most pucks.

This profile reminds me of @Anton Khudobin and @Jaroslav Halak, a pair of goaltenders who were south of six feet tall who carved out successful careers as 1B-types. The Oilers haven’t developed an NHL goaltender since Devan Dubnyk, and even he didn’t hit his stride until after he left the organization, so if Konovalov can become Halak or Khudobin, that would be a win.
This will be Konovalov’s first season in North America and he could quickly find himself competing to be Edmonton’s top call-up option. Smith and Koskinen will likely be the team’s two goaltenders, meaning Stalock could get grabbed by another team on waivers. If that’s the case, it’ll be Skinner and Konovalov battling for the net in Bakersfield, and, ultimately, the road to Edmonton.
For reference, players who I consider to be “prospects” for this countdown are skaters who have played fewer than 50 NHL games and goaltenders who have played fewer than 25 NHL games. I’m basing the rankings on a combination of upside and the likelihood of reaching that potential.