By Jason Gregor
1 year ago
Doug Wilson was named general manager of the San Jose Sharks on May 13th, 2003. In 17 seasons as GM no team has more wins and points than the Sharks. They’ve won 731 of the 1,322 games. Only Pittsburgh (727), Boston (718), Washington (712), Nashville (707) and Tampa Bay (703) have won 700+ games. (In case you’re wondering Oilers fans, Edmonton has won the fewest games (565), excluding Vegas.) The Sharks have played 174 playoff games since 2004, second only to the Penguins’ 183. Unfortunately for San Jose, they were unable to win a championship, but Wilson consistently built teams that were competitive.
The Sharks had a 15-year run of success, but like most top teams, eventually you have to re-tool and re-build and that is where the Sharks seem to be now.
They’ve missed the playoffs the past two seasons for the first time since 1996 and 1997. San Jose has only missed the playoffs four times in the past 23 seasons. They’ve been a highly competitive organization for a long time, but they’ve only had three top-15 picks in the NHL since 2006. They traded up to take Logan Couture ninth in 2007, took Timo Meier ninth in 2015 and choose William Eklund seventh this past summer.
Throughout his tenure Wilson hasn’t been afraid to make trades. At his first NHL draft in 2003, Wilson made six different trades involving draft picks.
He traded #21 (Mark Stuart), #66 (Masi Marjamaki) and #107 (Byron Bitz) to Boston for #16 and took Steve Bernier.
He traded #97 (Ryan Donally), #143 (Greg Moore) and # 173 (Tyler Johnson, not the two-time Cup winner) to Calgary for the 47th pick and took Matt Carle.
He traded the 170th pick in 2004 to Philadelphia for the 205th pick in 2003 and they selected Joe Pavelski
One of Wilson’s biggest strengths as a GM from day one is that he empowers his amateur scouts. When he was hired he didn’t clean house in his scouting departments, and he trusted them immediately. The Sharks have had very little turnover in their front office under Wilson.
On November 30th, 2005, Wilson made a franchise-altering move, acquiring Joe Thornton from Boston for Wayne Primeau, Brad Stuart and Marco Sturm. Thornton won the Hart and Art Ross in 2005/2006 and since being acquired by the Sharks he has scored the most points in the NHL.
That trade, combined with trading a pick to grab Pavelski in 2003, moving up to acquire Couture in 2007 and acquiring Brent Burns at the 2011 draft for Devin Setoguchi, Charlie Coyle and the 28th pick (Zack Phillips), allowed the Sharks to be a consistent contender for 15 seasons.
Wilson made big trades, and his scouts drafted very well in all rounds:
Pavelski (7th round) and Carle (2nd round, 2003).
Marc-Edourd Vlasic (2nd round, 2005).}
Couture (1st round), Nick Bonino (6th) and Justin Braun (7th round, 2007).
Tommy Wingels (6th) and Jason Demers (7th round, 2008).
Dylan Demelo (6th round, 2011).
Tomas Hertl 17th and Chris Tierney 55th in 2012.
Kevin Labanc (6th round in 2014).
In September 2018, Wilson took a big swing and acquired Erik Karlsson for Josh Norris, Rudolph Balcers, Tierney, Demelo, a second rounder in 2019 and a first in 2020 (Tim Stuetzle).
The trade backfired massively as Karlsson and the Sharks struggled and Ottawa ended up grabbing Stuetzle third overall, not to mention Norris has emerged as a solid top-six forward.
There is a good chance that trade will be the franchise-altering trade for the Senators, similar to how Thornton was for the Sharks in 2005. 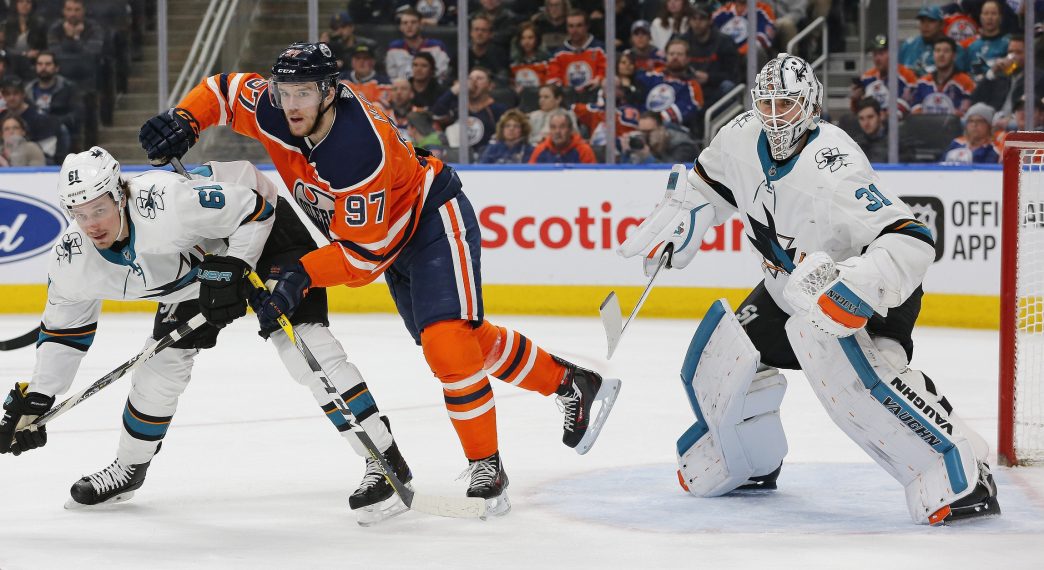