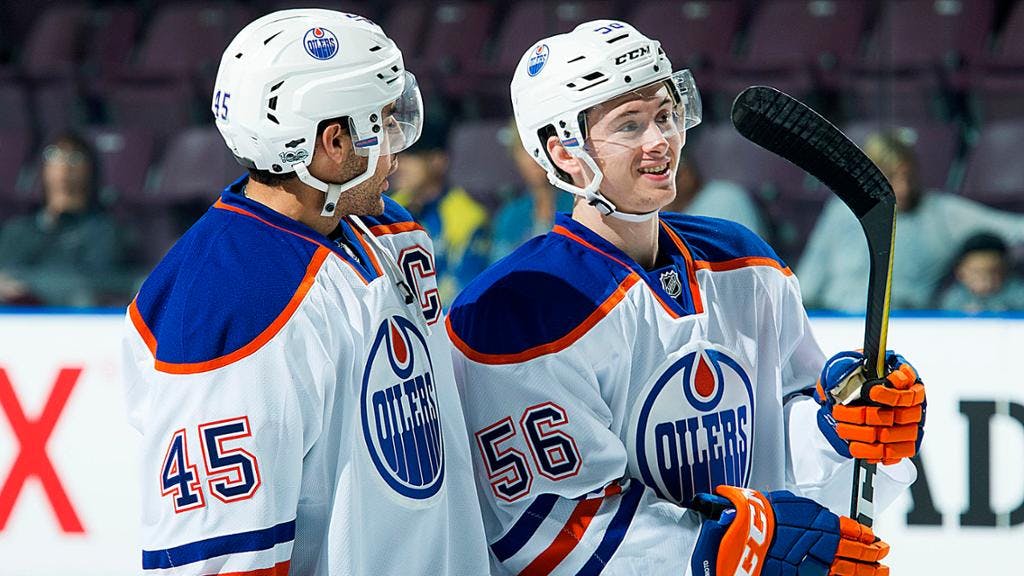 By Zach Laing
7 months ago
The Young Stars tournament is back.
The annual tournament is set to return to British Columbia for the first time since 2019. Cancelled in back-to-back years due to the COVID-19 pandemic, the event was officially announced to return on Wednesday.
Edmonton will play each opposing team once: the Vancouver Canucks on Sept. 16, the Calgary Flames on Sept. 17, and the Winnipeg Jets on Sept. 19.
As in years past, the event will take place in Penticton and feature young players from the Edmonton Oilers, Calgary Flames, Vancouver Canucks and Winnipeg Jets. The tournament kicks off on Sept. 16 and runs through Sept. 19.
It marks the first time the Oilers and Flames will have players there since 2018. The Jets and Canucks rookies played in 2019, and while the Oilers were set to return in 2020, COVID had other plans.
The event started back in 2010 and when it kicked off, we got looks at young players like Taylor Hall and Jordan Eberle causing Oilers fans all over to be glued to their screens. Other notable alumni include Darnell Nurse, Connor McDavid, and Leon Draisaitl.
Zach Laing is the Nation Network’s news director and senior columnist. He can be followed on Twitter at @zjlaing, or reached by email at zach@oilersnation.com.
Nation Takes
News
Oilers Talk
Recent articles from Zach Laing