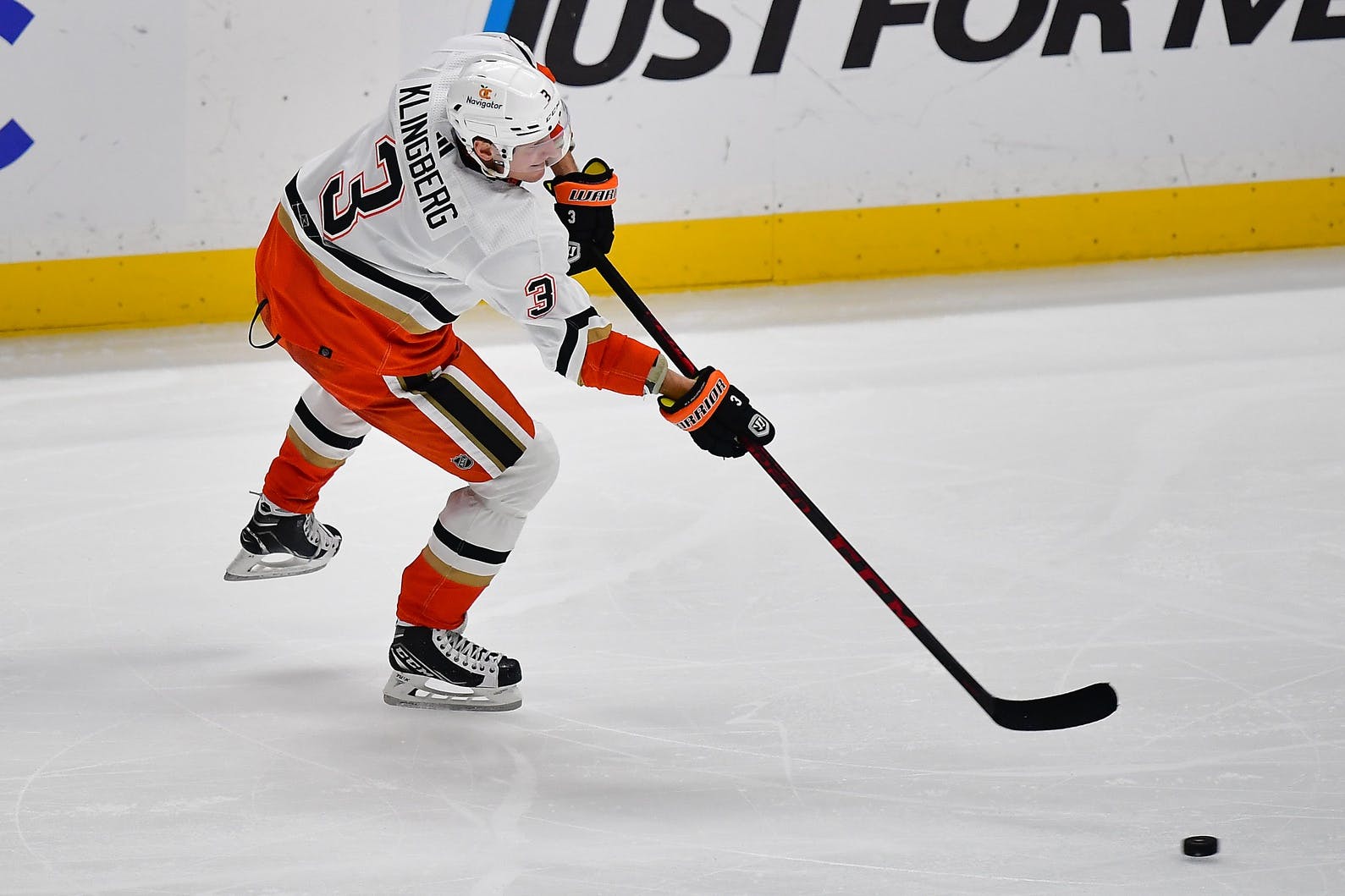 By Cam Lewis
11 days ago
We’ve reached the one-quarter mark of the 2022-23 NHL season and we’re starting to get a good idea of which teams will be buying and which teams will be selling when the trade deadline in March rolls around.
The Edmonton Oilers are 10-9-0, a disappointing start for a team expected to contend for the Stanley Cup following their run to the Western Conference Final in the spring. Through 19 games played, it’s become clear the Oilers need some help, so Ken Holland is going to have to be active in the trade market this year.
Over at Daily Faceoff, Frank Seravalli has released his first Trade Targets list of the season. Let’s go through some of the players who could make sense for the Oilers…

“Scoop: Communication has been scarce between the Canucks and Horvat’s camp, with the belief that contract talks broke off before training camp and have not resumed. Canucks president Jim Rutherford alluded to the idea that Horvat’s sizzling start means the captain could be the catalyst for core reconstruction: “The better he plays, the better return we can get for him,” Rutherford told Sportsnet 650 earlier this month. There is no shortage of teams interested in a top flight center, either as a rental or long-term fit: Colorado, Detroit, Boston and Edmonton, to name a few.”

Bo Horvat is off to a flying start this season with 15 goals through 19 games. After the Canucks gave J.T. Miller a seven-year, $56 million contract extension last summer, the idea of Horvat moving on started to feel inevitable. Adding Horvat would give the Oilers a very play-driver for their third line and would make it easier to stomach playing Leon Draisaitl on Connor McDavid’s wing more often. The Canucks would surely demand a king’s ransom for trading their captain to a division rival.

“Scoop: The Chychrun Saga has dragged on for more than a calendar year now, with the player making his intentions for a trade well-known now, after Arizona first floated his name in discussions. He finally returned to the ice on Nov. 21, his first game since March 12, after undergoing wrist and ankle surgeries. His contract and cost certainty have teams salivating. But which player will they get? The 18-goal scorer from 2021? Or more of a second-pair blueliner? That will determine whether Arizona’s high asking price will be met.”

Jakob Chychrun has been at the top of these lists for quite some time as it’s the worst-kept secret in hockey that he wants to leave Arizona in favour of a contending team. He’s finally back from an injury that was suffered last season and required off-season surgery so the Chychrun trade rumour train will really start to ramp up now. While Chychrun is a skilled player on a great contract, there are risks involved with trading for him, as he’s had trouble staying healthy and he’s never really played for a competitive team.

“Scoop: This was always the plan when Klingberg signed in Anaheim: Check out the fit, see how the season starts, and if things go sour, he’d be on the move as a flippable asset for the Ducks. It was a smart play for all sides after he lingered on the market. He’ll put $7 million in his pocket for the season, shoulder the security risk, and hope to cash in again next summer. It’s been a mostly miserable start for all involved with the rebuilding Ducks, so we have an idea where this is heading. Klingberg holds a full “no-trade” until Jan. 1. Will someone attempt to jump the market for the premier rental defenseman available?”

John Klingberg inked a one-year deal with the Ducks in free agency over the summer and it’s always been obvious that the goal here was for him to be moved to a contender sooner rather than later. Klingberg has eight points in 19 games while logging 23:21 per night on a miserable Ducks team. He’s big, skates and passes well, and can much a lot of minutes, which is exactly the player that the Oilers need to help their blueline right now. 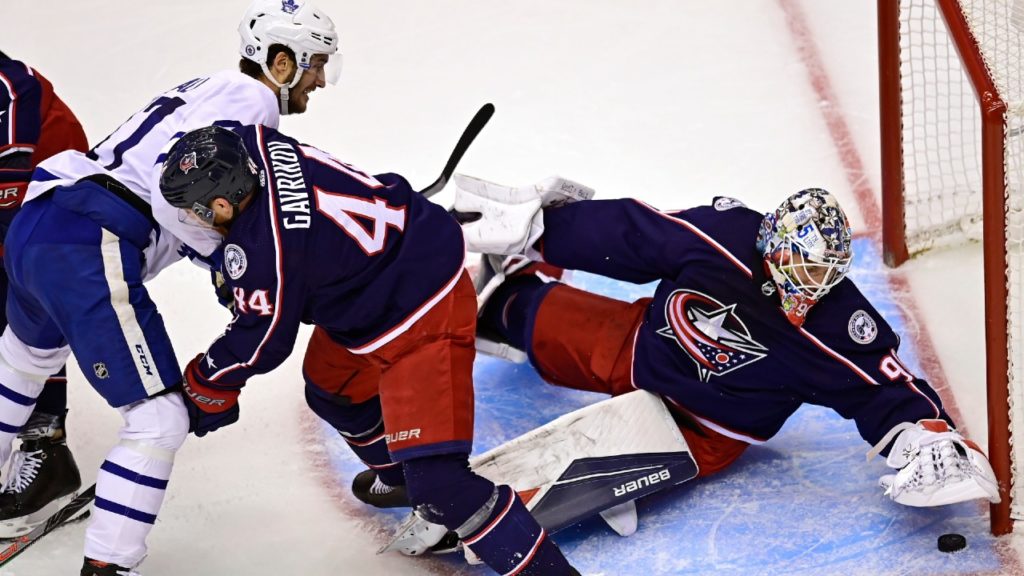 “Scoop: Everything has gone so wrong in Columbus that the Blue Jackets have reached the proverbial “Our pets’ heads are falling off” stage. Injuries have mounted. Structure has been lacking. And Gavrikov is sitting there as a nice potential trade chip. It seems recently re-signed Andrew Peeke is Gavrikov’s ready replacement on the back end. Gavrikov is a strong defender, a true defense-first defenseman, and nearly every team can maneuver his cap hit. What does the package look like? The Blue Jackets received first and third-round picks for David Savard in 2021. Gavrikov is probably a better player and definitely younger.”

Vladislav Gavrikov is another impending free-agent defender who would offer the Oilers a different skillset on the blueline. While Klingberg is more of a puck-mover, Gavrikov is a defence-first defender who makes life difficult for forwards in front of his team’s net. His cap hit is also only $2.8 million, making a trade much easier to work under the salary cap than Klingberg, who’s being paid $7 million this year.

“Scoop: Reaves has been a healthy scratch in four of the Rangers’ last five games. The belief is New York isn’t looking for much in return to gain the salary cap flexibility. And there are more than just a couple teams (Edmonton?) looking for a little size and bite in their bottom-six forward group.”

Ryan Reaves seems to have fallen out of favour in New York as he’s been a healthy scratch in four of the Rangers’ last five games. With Evander Kane out for months with a wrist injury, there’s been talk that the Oilers need more jam and toughness in their lineup. Klim Kostin has been a nice call-up but he isn’t the same feared enforcer that Reaves is.

“Scoop: What a great story Monahan has been, rehabbing from a significant hip surgery last April that cost him a proper send-off in Calgary. The Flames were forced to cough up a 2025 first-round pick to get out from under his contract. The contract makes a trade more difficult, but Monahan could be an ideal third line center pick-up for a playoff team – and a boon of an asset swing for Canadiens GM Kent Hughes and Co.”

Sean Monahan could be the more cost-effective version of Bo Horvat for the Oilers if they decide to look for a middle-six pivot who can produce offensively. Monahan was a salary cap dump by the Flames over the off-season and he’s fared pretty well in Montreal, scoring 10 points through his first 18 games as a Hab. Monahan joining the other side of the Battle of Alberta after being a cap dump would be an interesting storyline.
Featured
Oilers Talk
Recent articles from Cam Lewis