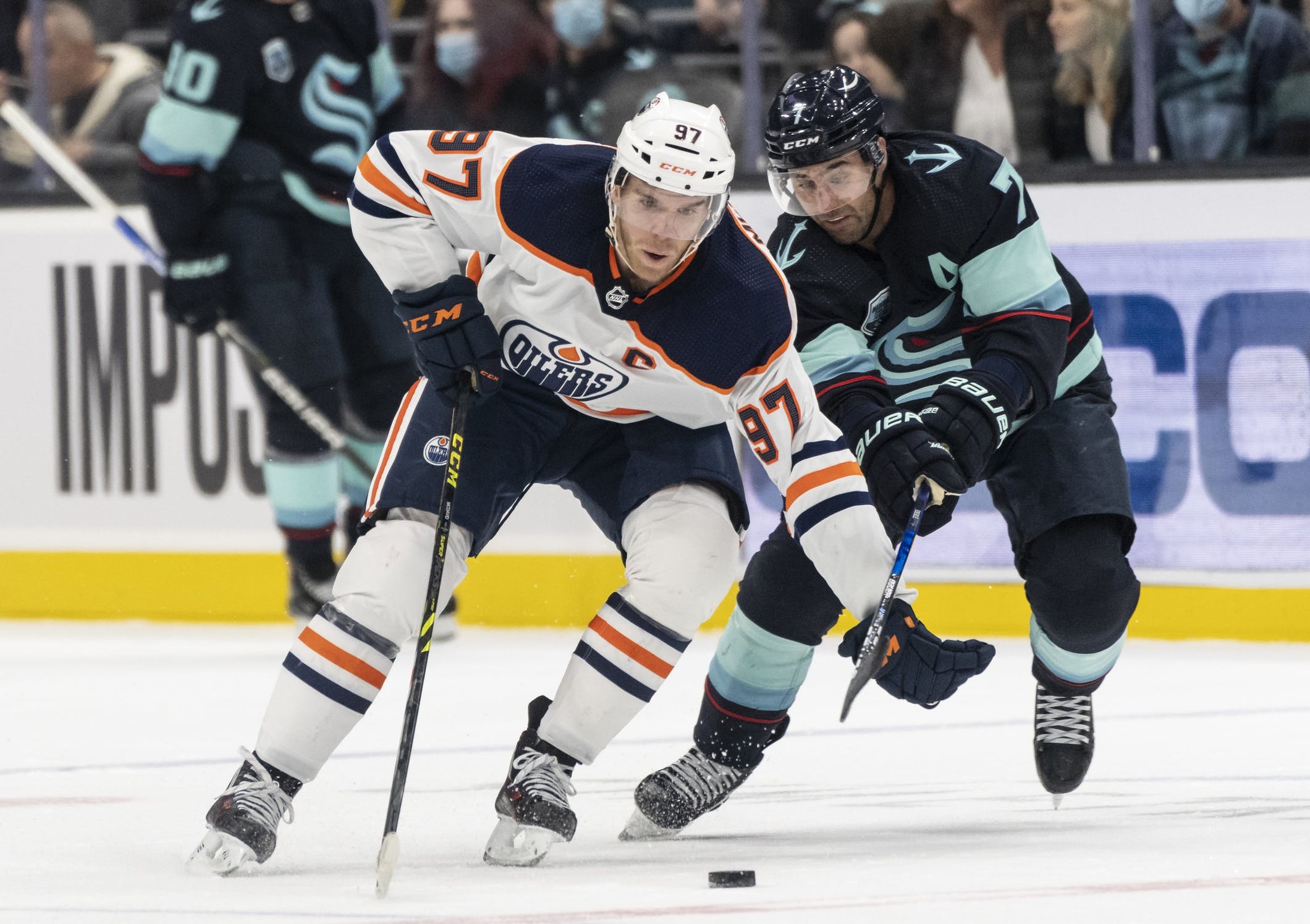 By Jason Gregor
1 month ago
Oilersnation rejoice. The preseason ends tonight. It is obvious players need preseason games to sharpen their skills and knock off the summer rust, but eight games is painfully too long. Even Connor McDavid agrees eight preseason games is too many, and tonight will be the final tune up game before the Oilers begin their 43rd NHL season.
The majority of the lineup is set, but there are a few spots on the 21-man roster that aren’t for sure.
Unless a trade occurs before Monday at 3 p.m. MT, it looks like Derek Ryan will be on the roster as Mattias Janmark and Dmitri Samorukov were placed on waivers. The defence is set for Monday’s roster as Philip Broberg has to be on the opening day roster for salary cap benefits. But will he remain there for Wednesday?
The other interesting battle is deciding which of the Oilers top-10 forwards will start the season on the fourth line. Dylan Hollway’s preseason has earned him a spot in the top nine, and likely the top six. He has played better than Kailer Yamamoto and Jesse Puljujarvi, who spent the majority of last year’s regular season in the top six. Yamamoto got banged up in Monday’s game and didn’t play Wednesday, but he skated yesterday and today and skated on a line with Connor McDavid and Evander Kane this morning. He likely starts the season on the top line, but he will need to play well to remain there.
Head coach Jay Woodcroft will have to start one of Puljujarvi, Warren Foegele or Ryan McLeod on the fourth line. Will that decision be impacted by how those players perform tonight? Possibly. McLeod has had a solid camp, as has Foegele. Puljujarvi has been the quietest of the group, and he needs to be more engaged if he wants a spot in the top nine on opening night. He hasn’t done much in preseason to get noticed. Unless he has a strong performance tonight he could easily find himself on the fourth line.
Those players battling for a spot in the top nine, on the fourth line and the third pair left defence slot will need strong games, but the team as a group will need to improve its defensive play and discipline.
In seven preseason games, the Oilers have been shorthanded 36 times. They’ve allowed six PP goals, and all six have come in the last three games (PK killed 14 of 20 chances). They need to reduce time spent in the penalty box and tighten up their penalty kill. I’d assume that will be an emphasis tonight.
The power play is 2-for-24 in the preseason, but the first unit of McDavid, Leon Draisaitl, Ryan Nugent-Hopkins, Zach Hyman and Tyson Barrie have only played one game together. They went 1-for-4 in that game, so I don’t see the same level of concern. The PP has been dominant for a few seasons, and all signs point to that continuing this year. That being said, they will still want more game action working on it, and tonight I’m sure we will see those five in the lineup.

Kane – McDavid – Puljuarvi
Holloway – Draisaitl – Hyman
McLeod – RNH – Ryan
Hamblin – Malone – Shore
Nurse – Ceci
Kulak – Bouchard
Murray – Barrie
Campbell
The Oilers had an optional skate, so no line rushes today. The forward lines are a guess. Tyler Benson is out. Kailer Yamamoto and Warren Foegele are banged up, but Woodcroft is hopeful they can practice tomorrow.
Ryan Murray starting with Barrie tells me they feel he’s earned that spot ahead of Broberg. The main decision is: Will Broberg stay on the roster on Tuesday, or will he be sent down and replaced by Markus Niemelainen or Dmitri Samorukov? None of those three are suited to be the #7 defenceman long term. If Murray is in Wednesday’s opening lineup, I like that message. You have to earn your spot. Jay Woodcroft won’t gift anyone a spot. Same goes for the top nine. Whoever is on the fourth line on Wednesday, needs to realize they have to play better to earn a promotion in the top nine.
The Oilers haven’t had this level of internal competition in years. It is a good problem. 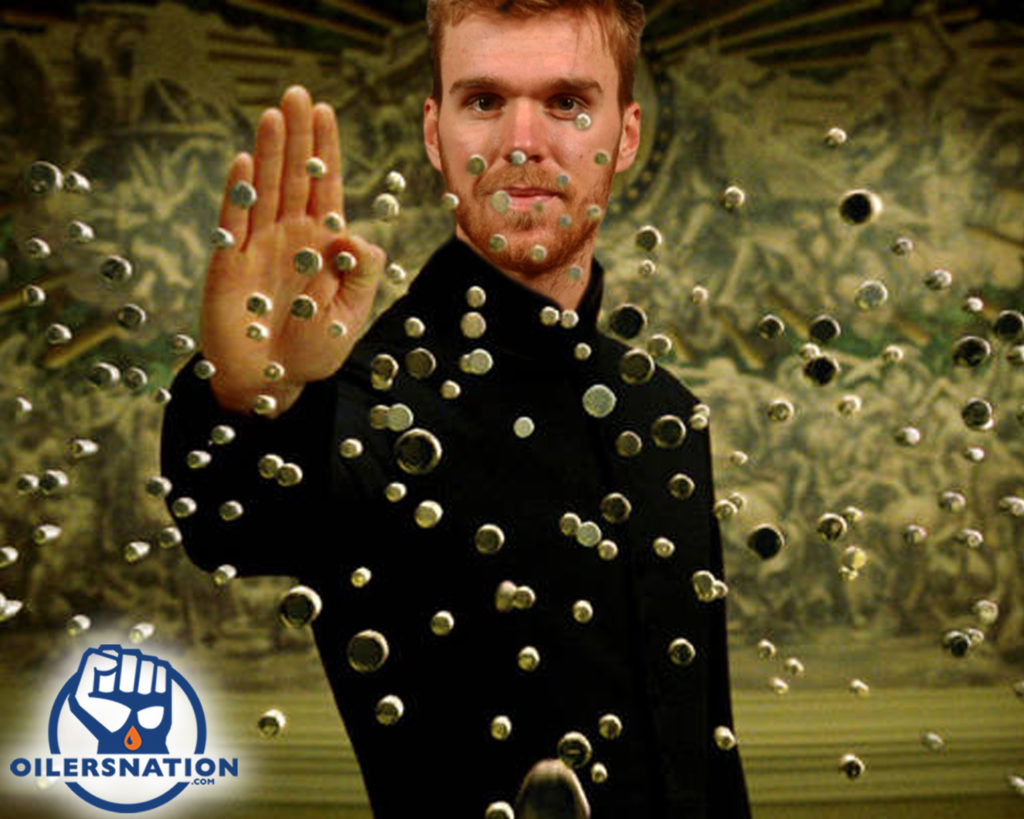