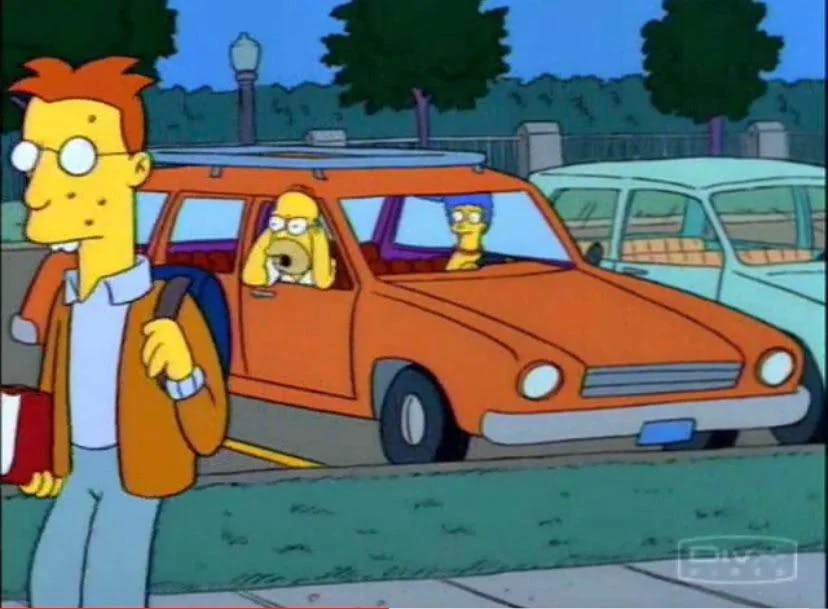 By Zach Laing
7 months ago
Come one, come all. It’s time for the annual player review articles to begin.
This is a yearly endeavour that I take on here at Oilersnation where I break down the season of each Edmonton Oilers player. Like always, I’ll be using a fair amount of analytics in my analysis — as always — so I wanted to write this up as a glossary of sorts that can be referred back to.
To note, I’m in the final stages of setting up a schedule for all the posts, but I will be taking a look at all the Oilers’ RFA’s and UFA’s first, before diving into the rest of the team afterwards.
Without further ado, here are the analytics that I’ll be referencing, and what each of them means.

This one is fairly straightforward. It simply looks at what percentage of goals scored occurs with ‘x’ player on the ice.
GF/60 is the rate at which goals are scored per hour, while GA/60 is goals against per hour.

All that’s done is for whatever statistic is being referenced whether it’s goals, points, shot attempts, scoring chances, expected goals or goals scored, it’s taken as an average number per 60 minutes of ice time.
Why do we do this? It allows us to even out ice-time averages and allow you to compare a player who plays first-line minutes, to someone who plays third line minutes, for example. Over small sample sizes, raw counts can still work, but when we look at the course of a full season, using a per 60 rate helps even us out.

Relative to the team

Similarly to the per 60 rates, statistics relative to the team (RelTM%) takes a look at the statistic over a larger scale referencing it to the rest of that players teammates. A player who has a positive RelTM% shows that they are ‘x’ percentage better on average, while a player with a negative RelTM% shows they’re worse on average.
It’s important to note that when it comes to any statistic against relative to their teammates, a negative number is actually considered a good thing, as that player is allowing less than the team average.
For example, a player with a -6.9 CA/60 means they are allowing 6.9 fewer shot attempts per hour than their average teammate.

All the above analytics can be looked at on an individual basis, per 60. 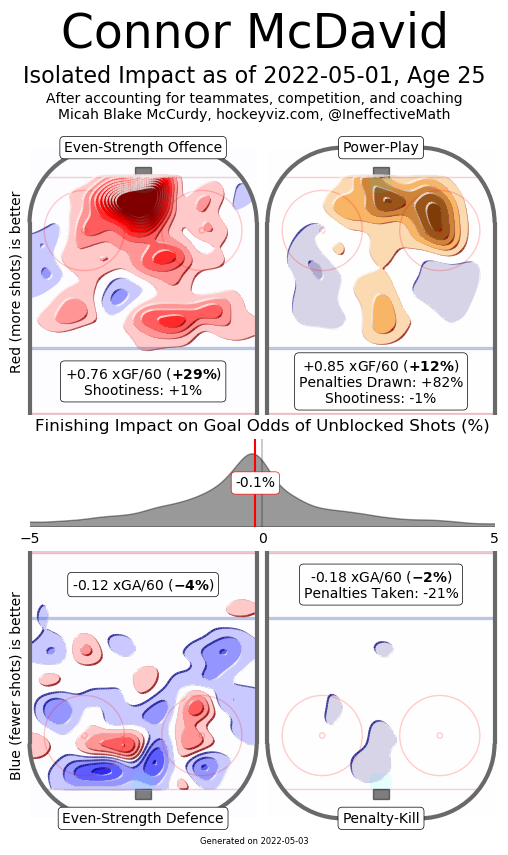 Now here’s where things get fun. The isolated impact charts are a pay-walled metric built by Micah Blake McCurdy at hockeyviz.com and breaks down each player on a personal level. This is done by accounting for their teammates, their competition and their coaching, to give a balanced look at any individual player at even strength.
McCurdy’s charts use heatmaps to help create a picture of what that player does on the ice. As described in his how-to, “red areas show where the given player causes shots to be taken at a larger rate than league average, blue areas less.”
To simplify: red means more shots, blue means less shots. Offensively, you want more red than blue and defensively, you want more blue than red.
This will be referenced like this: