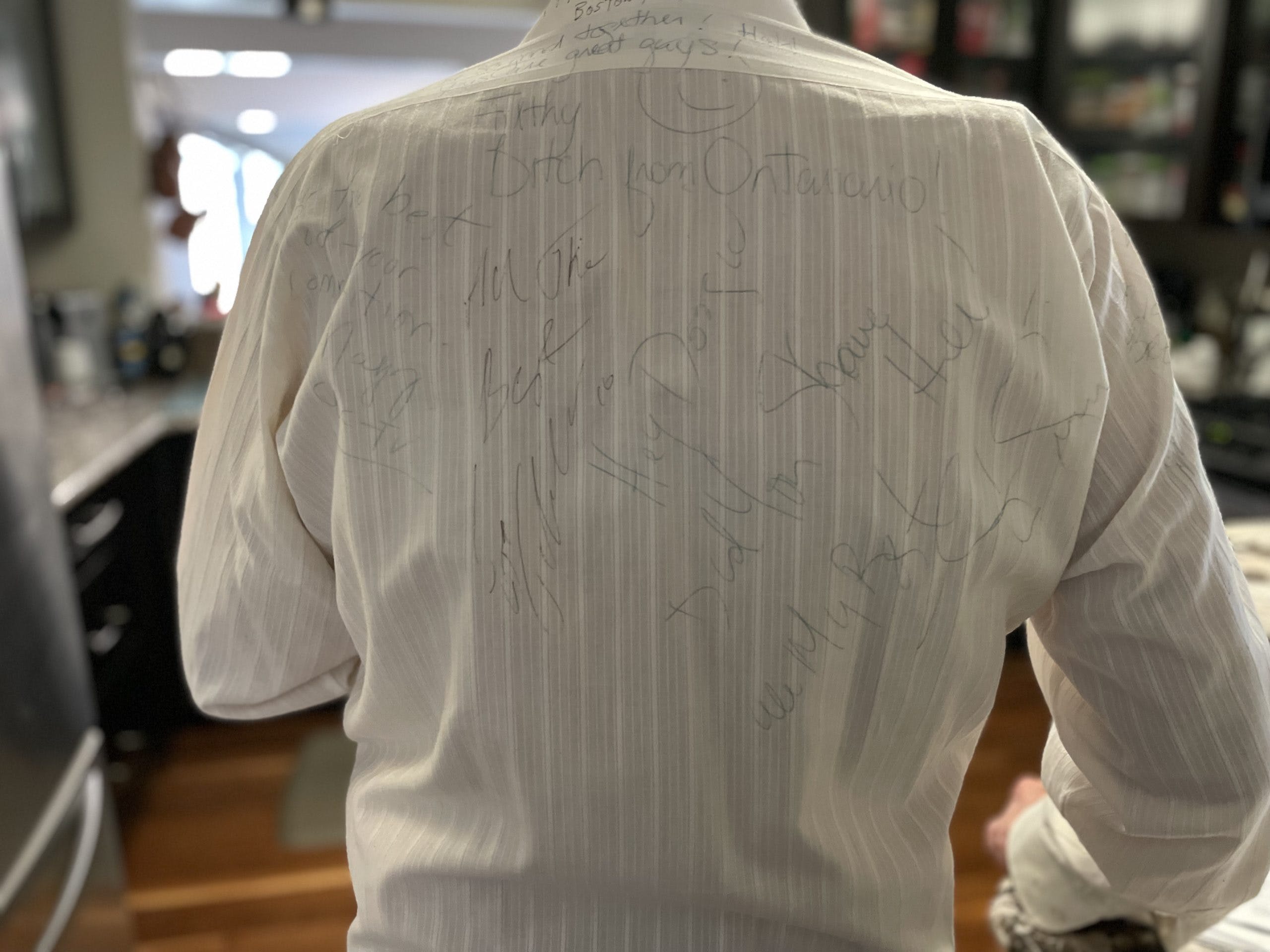 By Quinn Phillips
8 months ago
Were you ever involved in any ‘cup for the day’ celebrations?
Well, I’ll just start with this: my dad was never given the Stanley Cup for a day, so he never got to take it to his hometown of Calmar or anything…but no complaints because he was a big part of celebrations. So many great stories, in fact, that I’ll space this out over a couple of days.
I interviewed both my mom (Debby) and dad for this one.
Let’s start in 1984 with the first Stanley Cup.
“We started in the Oilers dressing with champagne and beer, no food,” my dad tells me. “We went from there to Wayne Gretzky’s condo with the whole team.”
His emphasis on “no food” made me laugh and needed to be accentuated in this article.
That went until about 6 a.m. when my dad and John Muckler headed to Albert’s on 124th St. for some pancakes and sustenance after hours on a liquid diet. One of my favourite parts of that story is that my dad still had to do his Oilers’ report, so he called from a payphone outside the restaurant in to the morning show with Don Percy. Can someone at 1260 dig up those archives, because I think we all want to hear post-celebration Rod live on the radio.
“I mean, I had been drinking all night, but I wasn’t drunk or slurring my words or anything.”
My mom told me she was a part of the celebrations in the dressing room, but she had to go home around midnight to relieve MY babysitter. Just a casual nuisance at the ripe age of two-years-old.
It was even worse in 1985 because my brother, Devin, was born in May. In fact, he was induced to ensure that he could come before my dad went on the road for the playoffs. He was brand new, so my mom didn’t even get to go to the Stanley Cup winning game.
Once again my dad was out until about 6 a.m.
I asked him if it was hard to balance young kids and the celebration, he bluntly said no.
“Mom looked after you guys and I partied.” At least he’s honest about it.
It was 1990 when the image comes in. That’s my dad’s shirt that he wore when they won the Cup in Boston. They stayed the night in Beantown and celebrated at a local bar. Got up, had some coffee and flew home the next day after next to no sleep… blasting Tina Turner’s Simply the Best. My dad tells me you couldn’t escape that song, it was on repeat in the locker room, on the bus, on the plane. That 32-year-old shirt is a keepsake because the entire team, including the flight attendants, signed it. One of signatures was “we would’ve been so good together,” so I guess it’s nice to see someone working on the flight was hitting on my dad. *cringe*
If you got the Stanley Cup for a day, what would you do?
We’ll jump in to more of 1990 and my memories in part 2 later this week!
Nation Takes
Oilers Talk
Recent articles from Quinn Phillips