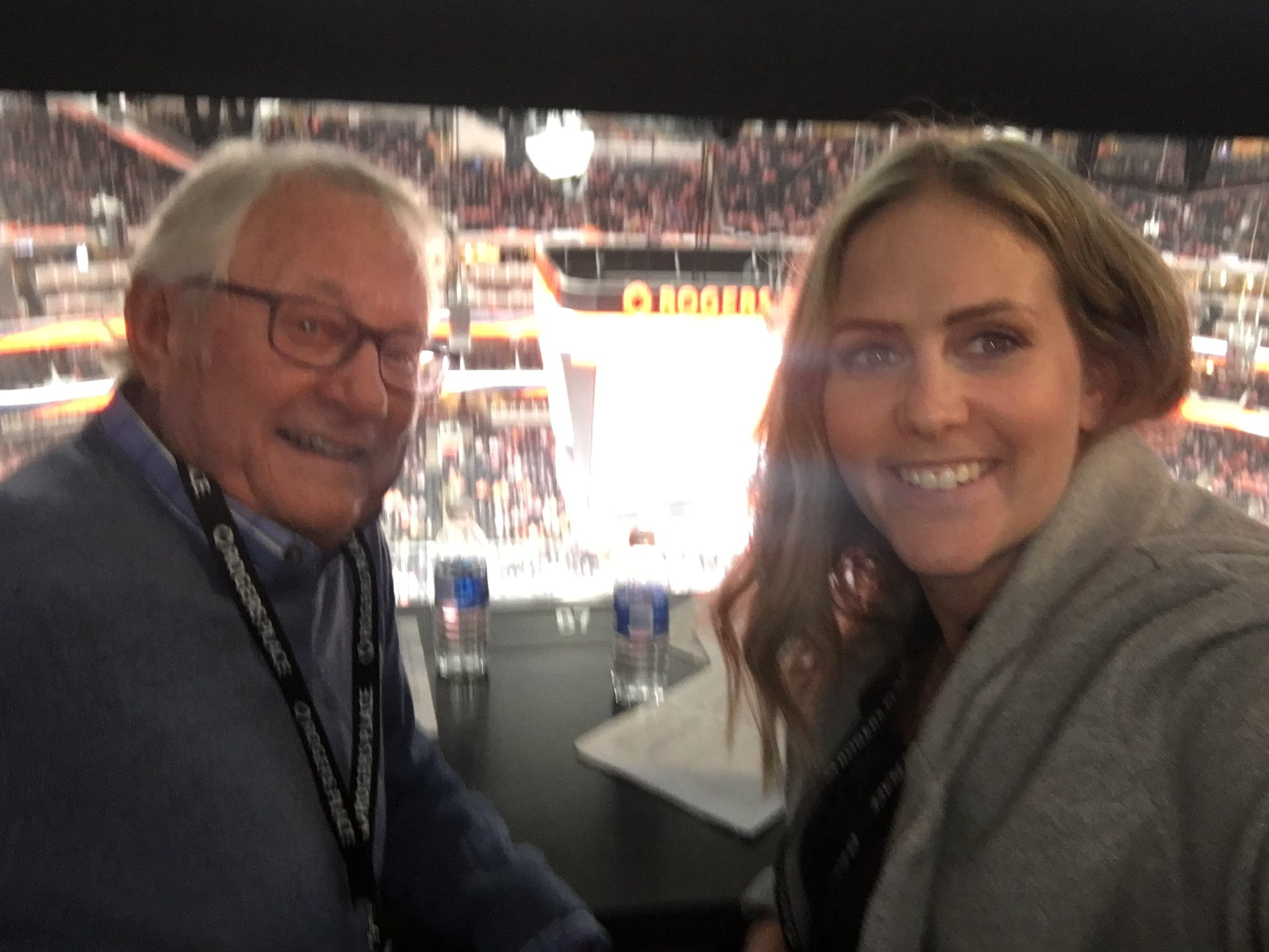 By Quinn Phillips
1 year ago
(Why yes that is a reference to the not-so-cult-classic Captain Ron movie!)
What is it like watching games with your dad (Rod Phillips) now?
I’ll start by saying it’s something I am finally used to now. When he was calling the games, he missed some games due to nose bleeds. The team went on the road and he didn’t want to fly because of his health, so he stayed home and we watched a game together… it was the weirdest thing in the world to sit next to him while the Oilers were playing. Hearing his unfiltered analysis, swearing at the TV.
Imagine just all of a sudden becoming a fan? You spent 37 years of your life professionally talking about the team, then one day it doesn’t matter what you say about them?
In terms of watching the game in the seats, he’s done that just once. It was his last year when he was only doing 10 games, Rod’s Classics. I convinced him to come and sit in our seats at Rexall Place, which were amazing seats right on the corner, the first row of the second deck. Best part is you never had to turn your head! First, it was a little uncomfortable because obviously a lot of people noticed him. But second, he thought it was too weird. He didn’t like the lack of legroom, the view was very odd for him, the chatter of fans around him. In hindsight, I wish I had asked more questions to get his sense of being in the seats because that was it! He spent one or two periods watching from seats and has never done it again since. He’s seen more Oilers hockey than probably anyone, and he’s been in the seats once.
Now, he’s 80, but it’s pretty crazy how sharp he can still be watching games. One time a few years ago, we were sitting in the press box and I distinctly remember him saying ‘that shift is too long.’ I didn’t happen to notice, and I guess I forgot how much hockey my dad had seen and what he would pick up… but he was in his late 70’s and noticed. Incredible!
When I watch the Oilers on TV with him, I tend to learn a lot. He’ll reference a lot of things that Glen Sather used to tell him because they were so close. For example, Slats didn’t like long homestands because guys would get too comfortable being at home. Little things like that, I’ve tried to absorb over the years but that man has forgotten more than I know!
Please hit me up with more questions regarding my dad, hockey… whatever you wanna know!
Nation Takes
Oilers Talk
Recent articles from Quinn Phillips